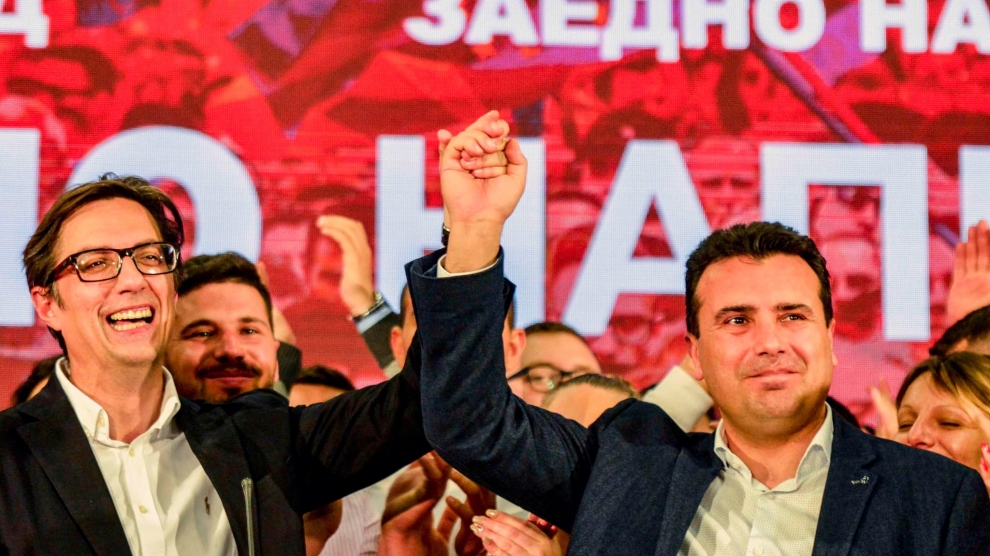 Stevo Pendarovski (above, left), the candidate backed by North Macedonia’s ruling Social Democratic party, has won the country’s presidential election, taking just under 52 per cent of the vote. Opposition candidate Gordana Siljanovska Davkova won 44.5 per cent, with more than three per cent of ballots declared null and void.

The two politicians had each received about 42 per cent in the first round of voting April 21.

“This victory is North Macedonia’s ticket to Europe,” Pendarovski told reporters after the results were announced.

Prime Minister Zoran Zaev congratulated Pendarovski and said: “As of today, no one can stand in the way of progress. We showed we are ready for Europe.”

Turnout in the election was was 46.2 per cent, erasing fears that the 40 per cent threshold needed to make the result legally binding would not be met. Turnout in the first round had been 41.8 per cent.

Outgoing president Gjorge Ivanov, who opposes the Prespa Agreement that finally ended a dispute with Greece other the country’s name, was barred from running for a third consecutive five-year term.