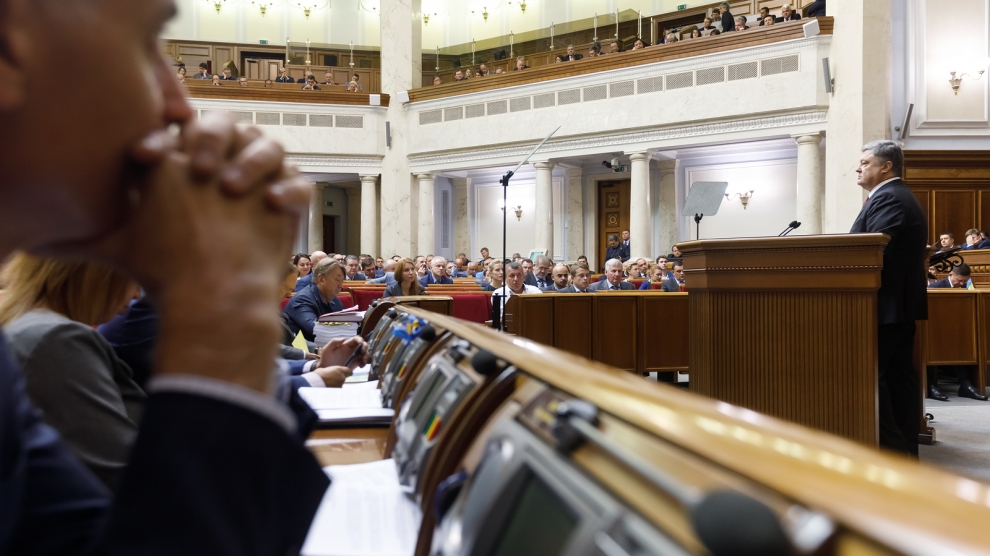 Ukraine’s parliament voted on June 7 to establish a special court to try corruption cases, in order to meet an International Monetary Fund (IMF) requirement that will unlock a 17.5 billion US dollars package designed to bolster the country’s struggling economy.

“We urge the Ukrainian authorities and parliament to safeguard the independence of NABU (the National Anti-Corruption Bureau of Ukraine) and SAPO (the Special Anti-corruption Prosecutor’s Office). We also urge the authorities to move quickly with legislation to put into operation an independent anti-corruption court consistent with the recommendations of the Venice Commission of the Council of Europe, which is essential to credibly adjudicate high-level corruption cases,” said Christine Lagarde, the IMF’s managing director last year. “Fighting corruption is a key demand of Ukrainian society, and is crucial to achieving stronger and equitable growth, and is part of the government’s commitment under the programme it has with the IMF.”

The law, however, came at a price for the reformist Finance Minister Oleksandr Danylyuk, who had been accused of spreading “distorted information” amongst Ukraine’s international partners. He was fired just an hour later.

“The Rada today introduced a law which  adds a key new element to the authorities’ anti-corruption strategy,” said Goesta Ljungman, the IMF’s resident representative in Ukraine, who also took the opportunity to express concern at Mr Danylyuk’s departure. “IMF staff look forward to reviewing the law to assess its consistency with IMF agreements.”

However, even if the IMF ends up being happy with the new anti-corruption law, the government has yet to fulfil other IMF conditions, such as raising gas prices and sticking to the IMF’s budget deficit target of 2.5 per cent.