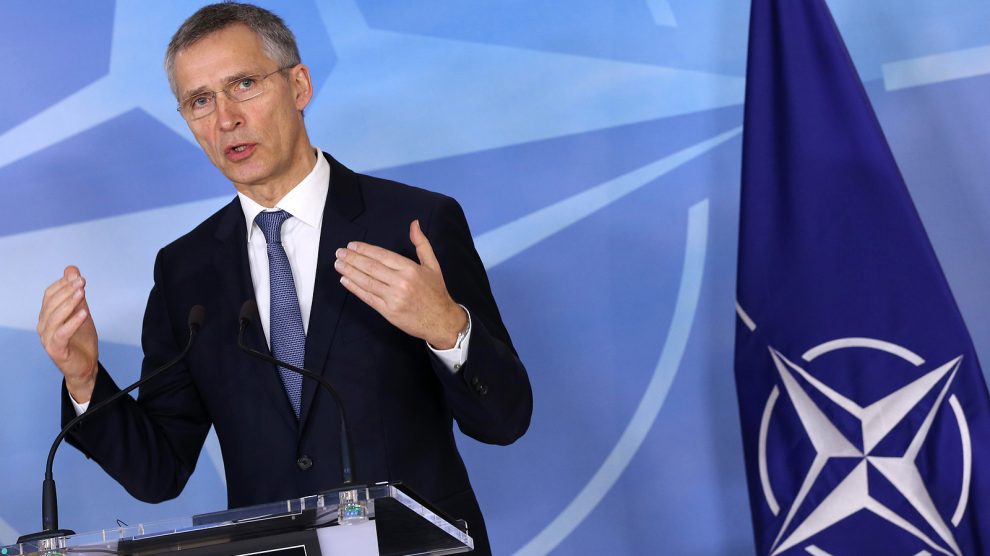 Why is Ukraine still not in NATO?

In a recent interview with Axios on HBO, Ukraine’s President Volodymyr Zelensky said he would like to ask US President Joe Biden, “Why is Ukraine still not in NATO?” Why, indeed, is Ukraine not in NATO?

Inside Slovenia’s war on the media

The leader of one of the EU’s smallest countries is waging a big campaign against journalists he doesn’t like. Slovenia’s prime minister, Janez Janša, whose country takes over the Council of the EU’s rotating presidency later this year, has repeatedly and publicly attacked the country’s main public media outlets.

How Poland, Hungary, Russia and UK Labour party use anti-semitism in politics

Authorities in Poland, Russia, Hungary and some lawmakers in Britain’s Labour party used anti-semitism for political means, according to the Anti-Defamation League’s anti-semitism report on Europe published Thursday.

Klubrádió, one of Hungary’s last independent radio stations, has gone off-air after a bitter eight-year legal battle. But what comes next for journalists and artists in a country already battered by increasingly hostile government oversight?

In Serbia, state’s ties to crime become hard to miss

Under Aleksandar Vučić’s Progressives, the line between the state and organised crime has become increasingly blurred, raising the question – is Serbia a mafia state?

Poland’s biggest power producer PGE confirmed a deal on Wednesday to develop offshore wind farms with Denmark’s Orsted in another sign the country reliant on coal is fast becoming a hot destination for renewable energy investors.

Georgian cartographers accused of “selling” a slice of the homeland

It has been obvious for several years that Turkmen President Gurbanguly Berdymukhammedov has been grooming his son, Serdar, to become the country’s next leader.

Organisers hope that art can help start a conversation about greater inclusivity in the country, consistently rated the least tolerant in Europe.

100 books to read from Eastern Europe and Central Asia

Writers, poets, translators, and academics pick 100 of the best books from Central and Eastern Europe, Russia, and Central Asia available in English. From Belgrade to Bishkek, these remarkable works of literature span across cultures, borders, and time.

The Bulgarian-born artist Christo, who died last May at 84, was famous for the spectacular ambition of the environmental projects he created in collaboration with his wife, Jeanne-Claude, who died in 2009. These works, as well as pieces by Christo himself owned by the couple, were auctioned this week by Sotheby’s.