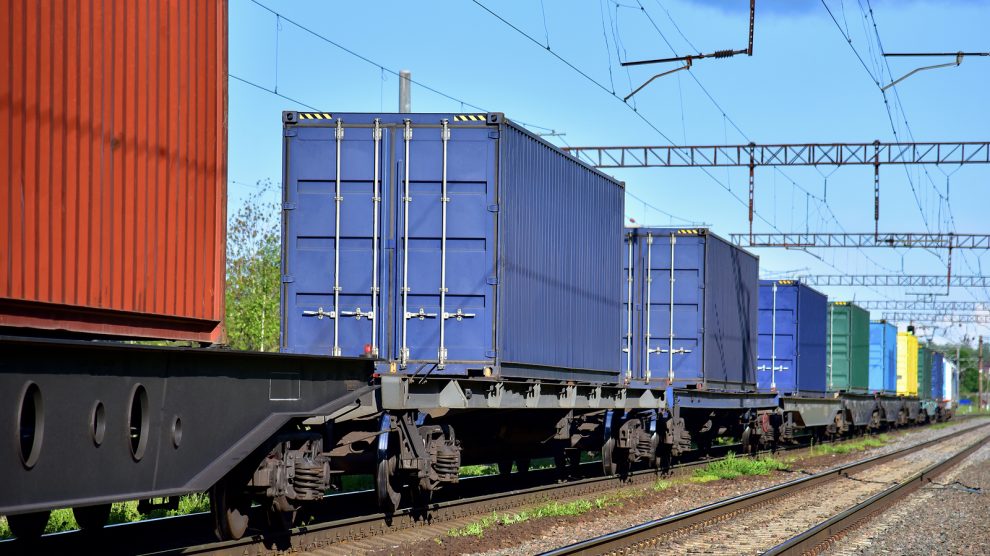 The South Caucasus region has the opportunity to become one of Eurasia’s most important transport corridors.

The current world situation has been dramatically affected by the Covid-19 pandemic, as well as regionalisation, the widespread use of digital media, WTO rule-breaking, trade wars and the incident with the ship Ever Given in the Suez Canal, all of which have led to a reshaping of international trade and supply chains worldwide.

The increasing closeness of ties between China and Europe, two of the three biggest economies in the world, has motivated the countries situated between them to initiate their transport-logistics capacity in advance of demand.

The Trans-Caspian International Transport Route starts from Southeast Asia and China, runs through Kazakhstan, the Caspian Sea, Azerbaijan, Georgia, Turkey and on to Europe. After the November 10, 2020 ceasefire agreement halted a 44-day war between Armenia and Azerbaijan, the radically changed geopolitical and geo-economic configuration of the region has created new opportunities for the expansion of routes between Asia and Europe within the Middle Corridor.

According to the ceasefire agreement, Armenia shall guarantee the safety of transport links between the western regions of Azerbaijan and the Nakhchivan Autonomous Republic with a view to facilitating the unimpeded movement of citizens, vehicles and cargo in both directions. As a result, Azerbaijan is enjoying a strengthened position as the main transport hub on the East-West and North-South crossroad corridors in the heart of the Eurasian continent, thus diversifying routes. Azerbaijan is the splitting point along the Middle Corridor in the South Caucasus, as the Middle Corridor branches out in Azerbaijan into two directions through its southern and northern capillaries.

Azerbaijan, together with other partners along the Middle Corridor between Asia and Europe, could support establishing a better balance between east- and westbound rail traffic, which has been a principal aim of operatives active on the New Silk Road. Because the cost of rail freight decreases when eastbound traffic increases, this fuels the sustainability of the transcontinental rail routes, according to Pierre Borgoltz, a member of the advisory council of FERRMED, a multi-sectoral association that was founded in Brussels in order to improve rail freight transportation and industrial competitiveness.

Baku has already started the construction of the Azerbaijani section of the railway to Nakhchivan, Azerbaijan’s landlocked exclave that passes through the recently liberated territories. Thus, the Zangilan district of Azerbaijan will be a transport hub at the crossing point on the borders of Iran, Armenia and Azerbaijan. Therefore, an international airport and highways are planned for construction in Zangilan, giving it hub status.

Trilateral negotiations are being held among Moscow, Yerevan and Baku on the construction of the Armenian section of the route, the Zangezur corridor, between mainland Azerbaijan and its exclave Nakhchivan. Although the Zangezur corridor passes through Armenia, the railroads belong to the Russian-owned South Caucasus Railway Company as the owner and operator of Armenia’s railroads.

Turkey and Iran are also interested in opening communications with regard to the newly redesigned geopolitical map of the South Caucasus, given the resolution of the Nagorno-Karabakh problem. This is in line with the “3+3” geopolitical partnership format, which covers the three South Caucasus countries of Armenia, Azerbaijan, and Georgia, and their three neighbours, Turkey, Russia and Iran.

The Zangezur corridor between Azerbaijan and Nakhchivan provides a less expensive alternative to other projects in the region, as it offers a short-cut route. For example, for many years, neither international financial institutions or foreign governments, nor the Armenian government, have been able to finance a new railroad between Iran and Armenia, anticipated to cost 3.5 billion US dollars.

The Belt and Road Initiative, focusing on reducing China’s dependence on US-controlled chokepoints, redesigns the Eurasian transport map, as, among other things, it reinvigorates the Silk Road through the South Caucasus. Because land transport connections are the gate for inland regions of China to global markets, this is a viable alternative to existing sea lanes for China, whose sea transport is limited by the so-called “First Island Chain”, from the Kamchatka Peninsula to the Malay Peninsula.

Therefore, Azerbaijan’s transport-logistics capacity, together with that of the other partner countries on the transcontinental route, is available to convey comparatively high value-added goods that are the leading EU exports to East Asia.

Azerbaijan is also building up its own transport potential, since the turnover from trade at the Port of Baku in the Caspian Sea, the first “Green Port” among 26 ports in Europe to receive such status, increased by 20 per cent in 2020.

The Port of Baku accommodated most of 2020’s surge, along with transcontinental transport and trade across Eurasia. The throughput of large vehicles (TIRs) and containers in that year was a 30-year record. In 2020 the number of trucks increased by 28 per cent, container exports by 15 per cent and the volume of cargo transported through the dry cargo terminal by 280 per cent.

As such, compared to the last five years, there has been a five-fold increase in truck cargo, three times as many containers, and an increase of three and a half times the volume of cargo handled at the dry cargo terminal in the Port of Baku. Azerbaijan plans to build both a mineral terminal and a grain terminal, taking into account the increase in exports of mineral products (carbamide and sulphur) from Turkmenistan, and large grain exports from Kazakhstan.

After management and capacity limits were reached at the cross-border station in Poland/Belarus, through which 95 per cent of the total “EU-China Express” container freight transits, alternative land routes through Eurasia, including the Middle Corridor, have been gaining importance. Therefore, the reshaping of geo-economics in Eurasia and the South Caucasus complement each other, thus empowering Azerbaijan to play its part in Eurasian connectivity.

A new geography of transcontinental transport and trade is in the making across Eurasia, as, in 2020, the “EU-China Express” freight trains reached a landmark transit of the equivalent of half a million TEU containers, an increase of 65 per cent over 2019.

Azerbaijan’s “Green Corridor” gating system, in line with the recommendations of the World Customs Organisation and advanced international experience, creates favourable conditions for accelerating the passage of goods through the customs border controls. The application of customs controls is based on risk assessment, and a more flexible and transparent implementation of customs clearance protocols for goods and means of transport is being implemented.

Nobel Prize winning economist Paul Krugman’s quotation, “Canada is closer to the United States than it is to itself,” can be applied to the case of Armenia, for “Armenia is closer to Azerbaijan and Turkey than it is to itself.” In other words, Armenia’s main populated parts (like its capital city Yerevan) are all closer to either Turkey or Azerbaijan than they are to each other, which will influence Armenia’s future course of economic development. By taking advantage of new opportunities, once it has opened communications within the region, it would be possible to reach both the Persian Gulf and Russia through Azerbaijan.

Lee Kuan Yew, the godfather of the Singaporean “economic miracle,” gives good advice: “Don’t fight with neighbours, trade with them,” which is true for the South Caucasus. Estimates based on the gravity model prove the advantage of bilateral trade for Azerbaijan and Armenia.

As part of the EU Strategy “Connecting Europe and Asia,” the EU Commission has proposed the building blocks leading to concrete policy proposals and initiatives that will improve connections between Europe and Asia, including interoperable transport, energy and digital networks.

Azerbaijan’s initiatives for oil and gas pipelines leading to Europe, its transport projects and the Azerbaijan Digital Hub, which aims to make Azerbaijan a regional cyber-services centre for the South Caucasus, Middle East, Central Asia and South Asia, are all in line with the EU strategy. Moreover, China’s Belt and Road Initiative and Turkey’s Middle Corridor project are being complemented by Azerbaijan’s efforts to make efficient transport capillarity extend to the final users.

Vusal Gasimli is the executive director of the Baku-based Centre for Economic Reforms Analysis and Communication.