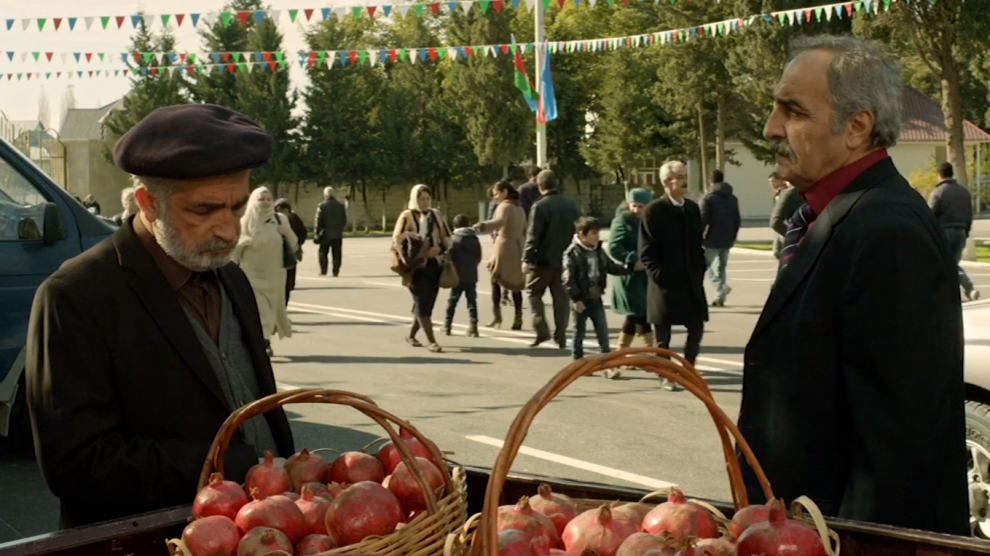 Azerbaijan is hardly the first country that comes to mind when it comes to cinema, although it does have a cinematic tradition dating back to 1898, when French-Russian cinematographer Alexandre Michon shot a 30 second-long short titled The Oil Gush Fire in Bibiheybat.

Despite this, hardly any Azerbaijani films have managed to make any waves outside of the country’s own borders, and the industry suffered from a chronic lack of funding in the early years of Azerbaijan’s independence from the Soviet Union.

That’s not to say there isn’t anything of value in Azerbaijani cinema, however. On the contrary, as anywhere else, talented artists have managed to circumvent budgetary and technological constraints to create remarkable pieces of work. Here are four of the best films produced in Azerbaijan: all of which deserve more recognition from the rest of the world.

During World War II, it was not just Russians who defeated the Third Reich. Enormous sacrifices were made by every single one of the myriad peoples of the Soviet Union, many of whose stories are underappreciated by the rest of the world.

On Distant Shores is about one of the most remarkable Azeris who fought in World War II, Mehdi Husyenzade.

Huseynzade was a Soviet soldier who was captured by the Germans in 1942 and spent one and a half years in prisoner of war camps in fascist Italy and occupied Yugoslavia. He managed to escape with two other Azeris and link up with Yugoslavian and Italian partisans, in whose ranks he became a commander. He became famous for attacks on German troops, including a bombing at a casino which killed around 150 Wehrmacht officers. He was killed in 1944, at the age of 25.

On Distant Shores, directed by Tofig Taghizade, deals with Huseynzade’s exploits with the Yugoslavian and Italian partisans. Huseynzade is portrayed as a typical Soviet hero: bold, selfless and unconcerned with worldly matters. Despite this rather one-dimensional portrayal, the film nevertheless is an interesting glimpse into Soviet World War II cinema and cements Huseynzade’s status as a legendary guerrilla fighter.

Though not directed by an Azeri, Ashik Kerib is nonetheless a respectful and in-depth portrayal of Azeri culture, music and art. Directed by the world-renowned Soviet director Sergei Parajanov, and based on an eponymous short novel by Russian romantic Mikhail Lermontov, it is a love story about a wandering minstrel who sets out on a 1001 day journey to become wealthy enough to marry the woman he loves.

Shot in Parajanov’s distinct style, it is as surreal and colourful as the director’s other films. Featuring beautiful traditional costumes and stunning shots of natural beauty punctuated by glimpses of historical glory. Like most of Parajanov’s films, there is very little dialogue. Instead, it uses its imagery to tell its story, meaning the viewer doesn’t have to understand the little dialogue there is (which is in Azeri) to fully appreciate the film. It is full of strange, inexplicable little moments: for example, despite ostensibly taking place in the distant past, around the middle ages, one shot shows an automatic rifle. Another shows a camera. These are not accidents: they contribute to the film’s surreal atmosphere.

Ashik Kerib was Parajanov’s last film: he died less than two years after it was released. Although not as well-known as his prior works Shadows of Forgotten Ancestors and The Colour of Pomegranates, it is nevertheless a worthy addition to the director’s impressive filmography. It was dedicated to another legendary Soviet director, Andriy Tarkovsky, a personal friend of Parajanov who had died in 1986.

Following independence, state funding for cinema in Azerbaijan dried up, particularly during the turbulent 1990s. However, following the oil boom of the late 1990s and early 2000s, Azerbaijan’s Ministry of Culture renewed its interest in funding films as cultural products.

The Dolls, directed by Chingis Rasulzadeh was one of the films that came from this period and is considered to be largely based on the director’s own experiences.

The Dolls takes place during the late 1980s and early 1990s when the Soviet Union was in the process of disintegration. It features six teenagers who dress in cartoonish costumes to take pictures with tourists at a Caspian Sea beach resort, under the friendly supervision of an ethnic Armenian boss.

As the Soviet Union collapses and communal violence between Armenians and Azeris begins escalating, the teenagers come to a crossroads in their lives: one leaves the country while the other five volunteer to fight in Nagorno-Karabakh.

The film premiered at the Karlovy Vary International Film Festival in Czechia. However, one of the most powerful scenes was subjected to censorship at home: one of the main characters, fighting his first battle of the war breaks down, buries his face in his hands and weeps in horror.

This powerful anti-war message was not welcomed by Azeri authorities, who found it embarrassing to depict their soldiers crying. Despite the censorship, however, the film remains a solid portrayal of life in those turbulent years and demonstrates how quickly peaceful relations between different communities can degenerate into awful sectarian violence.

Another film financed by the Azeri Ministry of Culture, Pomegranate Orchard is one of the most successful movies in independent Azerbaijan’s history.

Like The Dolls, it premiered at the Karlovy Vary Film Festival and was subject to censorship at home.

The film centres around Shamil, an old farmer who owns a large pomegranate orchard in the countryside. Shamil’s estranged son returns from Russia for the first time in 12 years, reuniting with the wife and son he left behind and making peace with his father.

Inspired by Anton Chekhov’s play The Cherry Orchard, this family drama manages to touch on a vast amount of powerful themes throughout its runtime: the tension between modernity and tradition, the exploitation of simple, honest rural folk by cold, savvy businessmen, the spiritual crises of the crumbling post-Soviet world and the doubly difficult plight of women in challenging circumstances.

The film is remarkable for its subdued atmosphere and realism. There is little music and comparatively little dialogue. The acting is subtle and understated, leaving much to the audience’s interpretation. The result is a highly realistic portrayal of family dynamics in this part of the world and a poignant look at the impact of the rapidly-changing world on the lives of ordinary people.