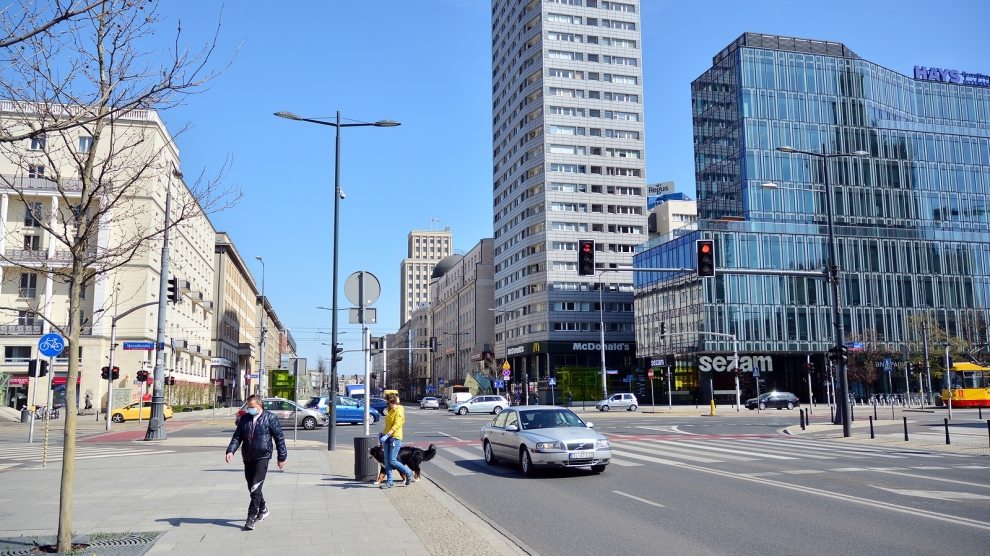 The Polish government has been heavily criticised by the country’s opposition, some international institutions and much of the Western opinion-forming media for pushing ahead with its presidential election in spite of the fact that country is, like the rest of the world, undergoing an epidemiological crisis. So why is it still planning to continue with the May poll in spite of the ongoing coronavirus pandemic?

The election was originally scheduled for May 10 with a second round run-off a fortnight later between the two leading candidates if none secured more than 50 per cent of the votes. It is crucially important because a victory for the incumbent Andrzej Duda – who is backed by the right-wing Law and Justice (PiS) grouping, the country’s ruling party since autumn 2015 – would give the government a three-year run without any national elections. However, given that the party lacks the three-fifths legislative majority required to over-turn a presidential veto, Mr Duda’s defeat would seriously hamper Law and Justice’s ability to govern effectively.

Given his relatively high approval ratings and the fact that he was Poland’s most trusted politician, Mr Duda was widely assumed to be the favourite. At the same time, however, last autumn’s parliamentary election – when Law and Justice retained its overall majority but lost control of the Senate, Poland’s less powerful second chamber – showed how evenly balanced support for the government and opposition was, with many voters determined to use any opportunity to block the ruling party. Although polls suggested that Mr Duda would easily win the first round, given the deep polarisation of the political scene the second round run-off was expected to be extremely closely-fought and unpredictable.

However, since the middle of March the coronavirus pandemic has completely overshadowed all other aspects of Polish public life. The government and President have been strengthened by the inevitable psychological tendency for worried citizens to unite around their political leaders and state institutions when they feel that they face a sudden and dramatic external threat. Mr Duda has thus seen a surge in popularity, with the Ewybory website that aggregates voting intention surveys, showing him averaging 49 per cent in polls conducted during the last month and 55 per cent in the last two weeks.

All the main opposition candidates have called for the election to be postponed arguing that holding a free, fair and informed poll was impossible during a pandemic because the government’s social distancing measures made normal political campaigning impossible. At the same time, they said that Mr Duda had an unfair advantage because Law and Justice made him the focus of a number of its headline-grabbing announcements of government programmes. More broadly, the opposition argued that it was impossible to conduct a normal election at a time of epidemiological emergency on public health and logistical grounds. They called upon the government to declare a ‘state of natural disaster’ (stan klęski żywiołowej), the mildest of the three sets of extraordinary measures set out in the constitution which lasts for 30 days (when it has to be renewed by parliament) after which no election can be held for at least three months.

However, Law and Justice insisted that the election be held according to the planned schedule. The party argues that postponing it would destabilise the political system at a time of crisis as the opposition would question Mr Duda’s mandate after his term of office expires on August 6. It says that the constitution does not provide explicitly for the delay of an election and declaring a state of natural disaster as a legal step to trigger an automatic postponement of the presidential poll, when the government does not need these additional powers, would have severe implications for the possible curtailment of civil liberties and leave the state liable for huge compensation claims. Law and Justice accused the opposition of conflating Mr Duda’s duties as president with election campaigning and argued that restrictions on public meetings also hit the incumbent as these were one of his most effective campaign tools. It said the opposition was calling for a postponement out of self-interest, in an attempt to delegitimate an election that they knew they will lose.

Law and Justice also responded to concerns that going ahead with a normal election would pose health risks by introducing a draft law stipulating that the presidential poll be held by universal postal voting. The opposition argue that introducing such a major change so close to an election is unconstitutional (Law and Justice disputes this). They say that although the health risks are reduced by postal voting they are still considerable. The opposition also argue that there is no comparable example of postal voting on this scale anywhere in the world and that the short time left to prepare such a complex logistical operation leaves it open to fraud and abuse. These practical problems are exacerbated by the fact that the draft law is languishing in the opposition-controlled Senate which has the power to delay legislation for up to 30 days. Although the Sejm, the more powerful lower chamber, can override its amendments the legislation may not come into force until a few days before the first round of voting. Trying to hold an election in such circumstances, the opposition warns, risks undermining its credibility which could have huge consequences for the political system and national stability in such a divided and polarised country.

Law and Justice accepts that universal postal voting is not ideal but argues that many of the opposition’s arguments that it could spread the virus are misleading. The party says that technical solutions can be found to solve possible electoral fraud, while the risk of constitutional uncertainty and instability caused by delaying the election would lead to even greater problems. Law and Justice points to examples from other European countries, notably Bavaria in Germany, where local elections have taken place safely using mail-in ballots whose validity was not questioned. The party also points out that the new law contains provisions whereby the Sejm speaker, who is responsible for determining the timing of presidential polls, could postpone the election date to give the government more time to make the necessary preparations, as long as it is held within the requirements set out in the Polish constitution (so up until May 23).

However, at the time writing it is far from clear that the government’s postal voting proposals will be approved, following the emergence of a split within the governing camp which led to the resignation of higher education minister and deputy prime minister Jarosław Gowin. Mr Gowin made it clear that, although he was not opposed to a postal election in principle, he did not believe that that there was sufficient time for it to go ahead in May. The government’s Sejm majority (235 out of 460 seats) actually comprises the United Right (ZP) electoral alliance of which Law and Justice is simply the largest component and includes 18 deputies from the liberal-conservative Agreement (Porozumienie) party led by Mr Gowin. In the event, although Mr Gowin and several Agreement deputies withheld their votes, enough of his party colleagues supported the draft postal voting law for the Sejm to pass it narrowly.

The key question now is, therefore: what will happen to the postal voting law when returns it to the Sejm this week on May 6 and 7? Mr Gowin will need the support of only four other Agreement deputies to prevent any Senate amendments from being over-turned and thereby block the proposal passing into law. He now has to make a key choice: whether to retreat from his previous, seemingly unequivocal stance that the May election should not take place, or vote against the postal voting law, thereby risking bringing down the government at an extremely difficult moment for the Polish state? The stakes are very high because Mr Gowin knows that leaving the governing camp at this time risks him being held responsible for triggering a governing and constitutional crisis, compounding the huge health and economic difficulties that the country already faces.