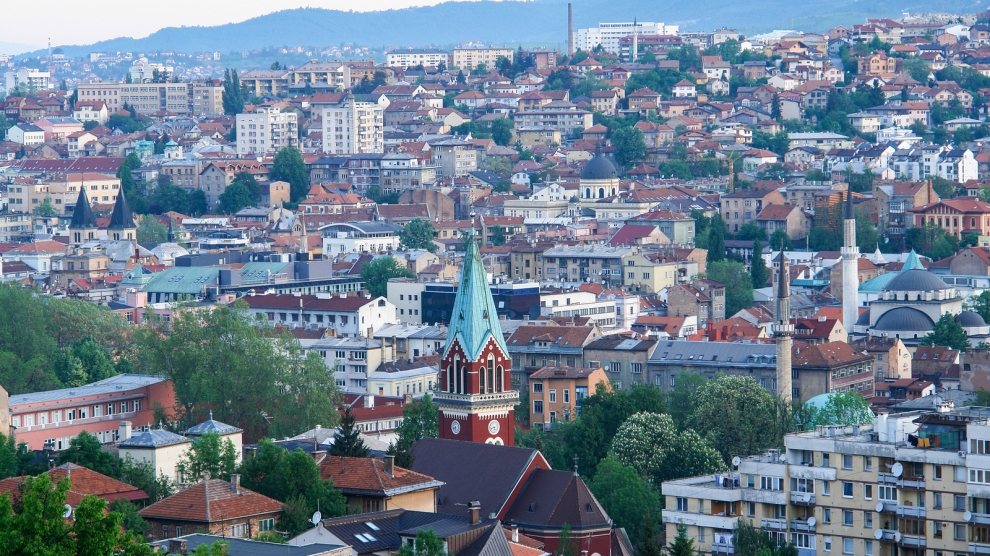 Air quality in parts of Central and Eastern Europe is poor, and not enough is being done to tackle the problem.

Even more worryingly, there is a human cost to pollution as well. In Poland, an estimated 43,000 people die prematurely from preventable diseases related to polluted air.

The European Environment Agency (EEA) supports these numbers. In its latest report – from 2016 – it claims that the number of premature deaths each year in Poland tops 43,100, more than 10 per cent of the 400,000 deaths it estimates for the whole of the European Union.

Thirty-three of the most polluted 50 cities in the European Union are in Poland. This is mostly due to the country’s reliance on coal for its energy needs.

“I will focus on PM2.5, which is, according to the World Health Organisation, the most harmful pollutant for human health and the one posing biggest challenges in the CEE countries. In that region, the main emitting sector of primary PM2.5 is the commercial, institutional and household sector. This means, basically, the combustion of fuels for heating,” Alberto González Ortiz, air quality expert at the EEA, tells Emerging Europe.

The situation is similar around the region, especially in the Western Balkans. In the last few months of last year, coinciding with the beginning of winter, pollution was out of control.

Belgrade, Zagreb, Skopje, and Sarajevo all found themselves in the unenviable position of being in top 10 cities in the world with the worst quality of air.

In all of these cities, it is ageing infrastructure and reliance on lignite to produce electricity which causes most problems.

Things have now become so bad that people are beginning to protest, demanding governments take action.

First there were social media posts online and then citizens in Serbia eventually took to the streets in February. Although by then the air quality had improved slightly, those protesting, led by the Ne Davimo Beograd (Don’t Drown Belgrade) organisation pointed out that improvements in quality because of wind and rain blowing poisonous particles away are not a replacement for concerted institutional efforts.

Politicians in the region have largely downplayed the risks, aware of the cost of moving away from coal.

Serbia’s minister for environmental protection Goran Trivan has said that curbing pollution will cost the state 2.4 billion euros, shedding some light on why the government seems to be dragging its feet.

In Sarajevo, the city government has recommended that people wear masks, close their windows, and only go outside unless they really need to. And this was before the coronavirus took hold in Europe.

The capital of Bosnia and Herzegovina is especially vulnerable because of its geographical location. Surrounded by mountains, the city has always been among the most polluted in the region. While the mountains make for beautiful landscape, they also trap pollutants in the city.

The events of the last few months have caused many to think about the link between air pollution and climate change.

She went on to explain that climate change brings out weather conditions which make it hard for pollutants to disperse into the higher layers of the atmosphere or across a wider geographical area.

Experts and activists make it clear that structural change is necessary.

“Any action to switch to cleaner fuels and to have more efficient ways of heating will help. For example, the promotion of district heating systems, replacing of old stoves, switching to fuels with lower emissions, or the insulation of buildings,” says Mr Gonzáles Ortiz.

There is some good news in the region, however.

In February, North Macedonia approved a national energy strategy that makes it the first country in the Western Balkans to consider a coal phase-out before 2030.

Is Ukraine set for direct talks with pro-Russian rebels in the country’s east?
Emerging Europe scrambles to contain economic fallout of coronavirus
Comment