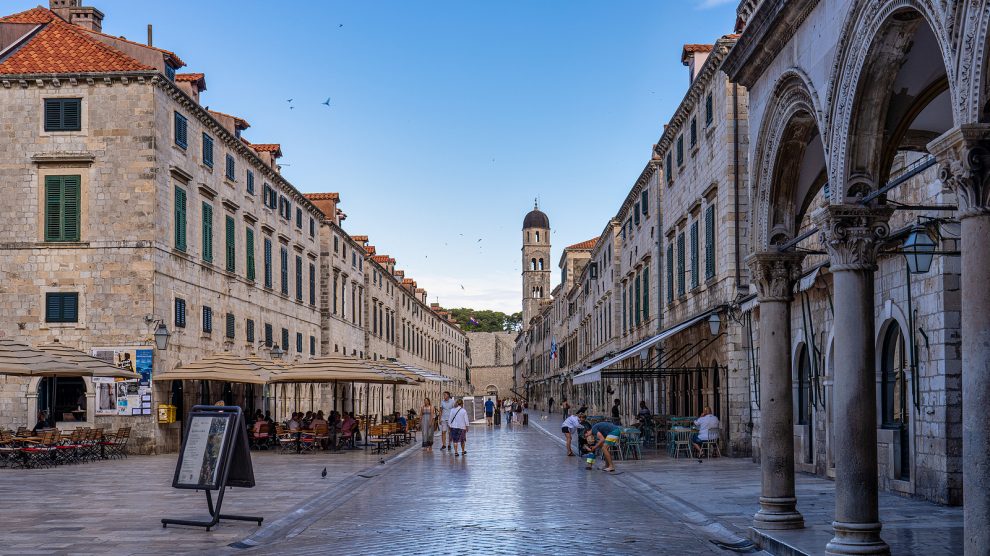 Croatia is set to see the highest level of growth among emerging Europe’s 11 EU members in 2021, even if the country’s crucial travel and tourism industry could remain subdued for several years.

Hit hard by the Covid-19 pandemic, the economy of Croatia is set to rebound by 5.3 per cent in 2021, the highest level of growth of any of emerging Europe’s 11 European Union members (EE-11).

According to the EU’s Winter Economic Forecast, released on February 11, Croatia’s economy is estimated to have contracted by 8.9 per cent in 2020. This sharp decline is mainly attributable to the impact of the Covid-19 pandemic on service exports, particularly tourism, which suffered greatly due to the fall in demand for air travel and the imposition of travel restrictions in many countries.

Private consumption also fell, reflecting the accumulation of involuntary and precautionary savings. Following a better-than-expected third quarter, GDP is estimated to have contracted again towards the end of the year as pandemic suppression measures were reintroduced in December.

The bounce back in 2021 is based on the rebound of domestic demand that should take place once pandemic containment measures are phased out and more people are vaccinated. Pent-up demand, coupled with a gradual recovery in the labour market, is expected to boost private consumption. Investment meanwhile should rebound on the back of the already strong dynamics in the construction sector, supported by rebuilding efforts following strong earthquakes last year in Petrinja and Zagreb. A gradual pick up in longer-term investment projects is also expected.

The recovery in external demand, however, is expected to be uneven. Goods exports are expected to increase strongly on the back of the improved global outlook but services exports are projected to remain subdued in both 2021 and 2022 compared to their 2019 levels. This is mainly because the recovery in the travel and hospitality sectors are likely to take several years.

While the forecast does not include any measures expected to be funded under the EU’s Recovery and Resilience Facility, Valdis Dombrovskis, the European Commission’s vice-president, believes that it will nevertheless go a long way towards supporting the recovery, meaning that the forecasts could well be underestimated.

“The forecast provides real hope at a time of great uncertainty for us all,” he says. “The solid expected pick-up of growth in the second half of this year shows very clearly that we are turning the corner in overcoming this crisis. A strong European response will be crucial to tackle issues such as job losses, a weakened corporate sector and rising inequalities. But we will still have a great deal to do to contain the wider socio-economic fallout.”

The EU expects all member states to return to positive growth in 2021, with other notable forecasts including Slovenia (4.7 per cent), as well as Slovakia and Hungary (both projected to see their economies boosted by four per cent).

The other end of the scale

The lowest levels of growth amongst the EE-11 will be in Estonia and Bulgaria.

Estonia’s economic growth declined by three per cent in 2020, one of the lowest declines in the EU, the result of a relatively limited contraction in private consumption and the resilience of exports. GDP is forecast to grow by 2.6 per cent in 2021, with growth expected to strengthen towards the second half of the year. Growth momentum is then forecast to drive annual GDP up by 3.8 per cent in 2022.

The EU’s forecast notes however that recent changes to the second pillar of Estonia’s pension system, which allow savers to withdraw their accumulated pension assets before pension age, presents a positive risk to private consumption and growth over the second half of 2021 and 2022.

In Bulgaria, economic activity declined markedly in 2020 due to the Covid-19 pandemic, in large part because of a significant loss in revenues from foreign tourists. Overall, real GDP is expected to have fallen by 4.9 per cent.

Looking forward, domestic demand is forecast to remain subdued in the first half of 2021, given the assumed extension of containment measures. The eventual re-opening of the economy should provide a boost to consumption and investment in the second half of 2021, but the recovery in foreign tourism, however, is subject to a downside risk linked to the relative rates of vaccination and contagion in Bulgaria compared to alternative tourist destinations.