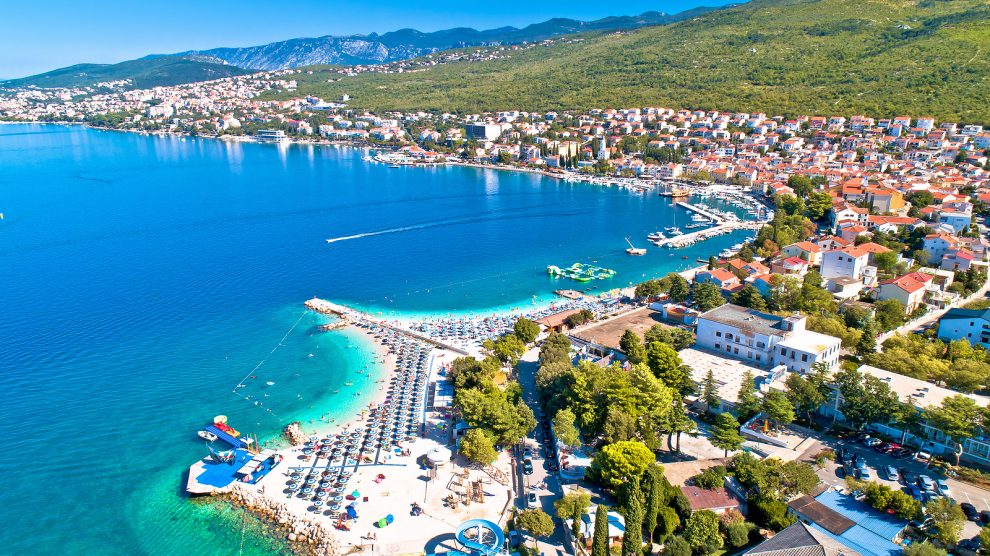 Croatia’s tourism-reliant economy was hit hard in 2020. Industry insiders are optimistic about the coming year, however.

Heavily dependent on tourism, Croatia’s economy was hit harder than most in Europe by the Covid-19 pandemic. Earthquakes in March and December 2020 only compounded the country’s economic problems.

Nevertheless, speaking with Alen Host, the dean of the Faculty of Economics at the University of Rijeka, and K. K., a director of one of the Croatia’s leading tourism companies who prefers to remain anonymous, predictions for 2021 are optimistic.

“We expect a relatively quick recovery of the economy because there are several systemic measures in place in Croatia and the EU,” says K.K. “This is a systematic crisis, and that is a mitigating circumstance. We expect a rapid recovery, at least five per cent growth, but it all depends on the epidemiological situation.”

“The main trends are determined by EU funds, the dynamics of their implementation, and also the end of the Covid-19 crisis which has dramatically affected the tourism that accounts for almost 20 per cent of Croatia’s GDP,” says Mr Host.

He explains that as a result, most investments in tourism have been halted. Furthermore, in 2020 the Croatian National Bank (CNB) banned the payment of bank dividends, a measure which was extended until the end of 2021.

That includes the payment of dividends, the repurchase of treasury shares, the creation of variable remuneration obligations and other forms of distribution, to increase the resilience of credit institutions and maintain financial system stability. As such, the CNB is trying to absorb the banks’ liquidity problems due to problems in the economy.

Membership of the European Union has brought a great impetus to Croatia’s economic and social progress and recovery, which was further confirmed in the worst moments of the crisis caused by the coronavirus pandemic.

“The EU’s response to the crisis was most clearly demonstrated during the adoption of the EU recovery fund in July, which is worth 1.8 trillion euros over the next seven years,” adds Mr Host. “Of that, 750 billion euros is the Next Generation EU mechanism – financial measures aimed at combating the economic consequences of the pandemic – while the remaining amount relates to the multiannual financial framework: the EU’s budget for the period 2021-27.”

Croatia’s share is 24.5 billion euros. Much of it relates to funds from the Recovery and Resilience Facility, aiming to boost the economy’s recovery from the pandemic and make it more resilient to future crises.

Mr Host says: “From this mechanism, we expect a total of almost 9.6 billion euros, of which about six billion euros will be in the form of grants, with the additional possibility of using favourable loans if we need them, in the amount of about 3.6 billion euros.”

Another important source of EU assistance are regional policy funds for the period 2021-27, of which Croatia has around 9.15 billion euros at its disposal.

These funds are vital because they represent over 16 per cent of Croatia’s GDP last year, the highest share of any EU country.

As a director of one of the leading tourism companies in the region, K.K., says that what we know about the EU agenda for the upcoming period is that it is “primarily sustainable”. As a result, it is expected that the state sector would achieve growth.

K.K. believes that travel will not change because “we live in a ‘dream society’ and tourism is one of its main pillars”.

However, he adds that the desire for security will increase. People who travel will want to visit a place safe from terrorism and somewhere where they do not feel at risk from a disease. This, says K.K., will boost destinations such as Croatia.

While pre-pandemic Croatia’s short summer season was a disadvantage, its accessibility by car from much of Europe will work to its advantage, as travellers avoid planes.

“We will be the closest place for many consumers from Europe, who will come on holiday here all year round. This will accelerate the level of investment in quality products and hotels in the country,” he concludes.