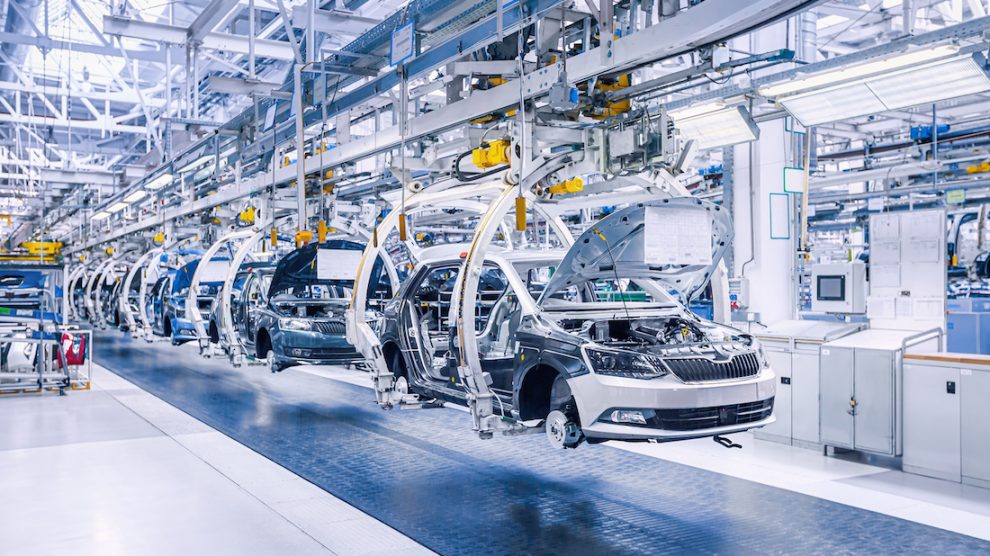 Czech passenger car production fell by 11.4 per cent year-on-year to 92,657 vehicles in January, posting its lowest result for that month since 2010 as the chip shortage continued to weigh, the Czech Automotive Industry Association (AutoSAP) said on its website on Thursday. AutoSAP said, though, it expected the situation to stabilise in 2022 and show a rebound in full-year figures.

The European Court of Justice on Wednesday dismissed complaints from Hungary and Poland against a law that ties EU funds to democratic standards. In a milestone in the battle for the rule of law in the EU, the bloc’s highest court rejected the cases brought by Hungary and Poland “in their entirety”, confirming that countries can be deprived of EU funds when they fail to meet democratic standards.

Hungary’s governing Fidesz party gained a two-point lead this month over the united opposition in the campaign for the April 3 election, according to an opinion poll by Zavecz Research published by news site Telex on Monday. For the first time since taking power in a 2010 landslide win, Prime Minister Viktor Orbán will face a united front of opposition parties in parliamentary elections. The opposition alliance includes the Democratic Coalition, the Socialists, liberals and the formerly far-right, and now centre-right, Jobbik.

The National Bank of Poland (NBP) will do everything it can to ensure that inflation falls, its governor said in comments published on Wednesday, after CPI again jumped to its highest level in over two decades. Poland’s central bank hiked its main interest rate by 50 basis points to 2.75 per cent in February, its highest level since 2013, and Glapinski has indicated there is more tightening to come. “The NBP will take all necessary steps towards a lasting reduction of inflation,” Adam Glapinski was quoted as saying by the Super Express tabloid.

Romania’s grand coalition government will survive at least until a 2024 general election despite policy differences, and use its parliamentary majority to carry out long-term reforms, one of its leaders said on Wednesday. The three-month-old government controls roughly 70 per cent of seats in the legislature, but the leftist Social Democrats and centrist Liberals – former rivals – disagree over tax plans, wage and pension hikes as well as the scope of support measures for surging energy bills.

The European Parliament president is set to start a disciplinary procedure against a Bulgarian nationalist legislator who appeared to make a Nazi salute when he left a plenary debate on the rule of law late Wednesday. MEP Angel Dzhambazki of the right-wing European Conservatives and Reformists group said his raising of his right arm as he walked out of the plenary was “an example of taking something out of context” and blowing it up out of proportion.

Russian-backed rebels and Ukrainian forces traded accusations on Thursday of firing shells across the ceasefire line in eastern Ukraine, and Kyiv said the incidents looked like a “provocation” at a time when Russia has troops massed on the frontier. Moscow denies Western accusations it is planning to invade its neighbour and said this week it was pulling back some of the more than 100,000 troops it has sent to the area. The West disputes that there has been a significant withdrawal and the United States said thousands more troops were still arriving.

Belarus’s authoritarian leader, Alexander Lukashenko, says he will meet with Russian President Vladimir Putin on Friday (February 18) to discuss “further activities” regarding joint military forces as the two countries hold military exercises together. Speaking during a visit to the Asipovitski military test field on Thursday as joint exercises were taking place, Lukashenko did not say whether the Russian troops will start leaving his country after the manoeuvres, but emphasised that “there is no need to create Russian military bases in Belarus”.

Azerbaijan’s parliament is set to adopt new laws on religion that would give the state broad new powers over Islamic practice in the country. On Tuesday, parliament passed on second reading amendments to the country’s “Law on Freedom of Religious Beliefs.” The new rules appear on track to pass a third reading and then be sent to President Ilham Aliyev for his signature. One of the key changes would be how the country’s Muslim clerics are appointed. That authority would be given to the State Committee on Religious Associations, and taken from the Caucasus Muslims Board.

Britain will double the size of its force in Estonia as part of a NATO deployment and will send equipment, including tanks and armoured fighting vehicles, to the country amid fears of a Russian invasion of Ukraine. Estonia, once ruled from Moscow, has been a member of NATO since 2004, in contrast to Ukraine, which has seen Russian mass more than 100,000 Russian troops on its border. Britain already leads a NATO battlegroup in Estonia with 900 personnel.

Lithuania’s central bank has told the country’s banks to prepare for power cuts and cyberattacks as Russia’s standoff with Ukraine risks spilling over into a military conflict, according to a document and two sources familiar with the matter. Losing electricity and internet access are among “extreme but possible” scenarios that Lithuania’s central bank told finance companies to be ready for in a letter sent to them last week and seen by Reuters.

Serbia will hold snap elections on April 3, two years early, as President President Aleksandar Vučić seeks to take advantage of his party’s high popularity after weathering months of opposition protests. Mainstream opposition parties will take part after boycotting the last general elections, a decision that has kept them out of parliament and without the possibility to influence decision making. Polls show Vučić’s Progressive party winning the ballot.

Albania’s Constitutional Court has overturned parliament’s impeachment of President Ilir Meta for allegedly inciting instability and showing bias before the country’s parliamentary election last year. The court said in a ruling issued late Wednesday that the evidence against Meta did not amount to “a grave violation of the Constitution,” which is a legal threshold for discharging a sitting president. In June of last year, Albanian lawmakers voted 104-7 to impeach Meta after a parliamentary investigation concluded he had violated 16 constitutional articles and incited violence.

Serbian tennis player Novak Djokovic this week said he would rather miss out on future tennis trophies than be forced to get a Covid vaccine. Speaking to the BBC, he said missing competitions, such as the French Open, over his jab status was “the price that I’m willing to pay”. The 20-time Grand Slam winner was deported from Australia last month after the government cancelled his visa in a row over his vaccine status.

Authorities in Montenegro have rescued a lion cub that had escaped from a private residence last month. The young feline was discovered on Thursday inside an unfinished house near the coastal village of Budva. The animal had been wandering near the Adriatic Sea resort for a month after fleeing its temporary residence. “The cub was visibly exhausted and is now undergoing veterinary examinations,” said Bojan Basanovic, spokesperson for the Agency for Nature and Environmental Protection (EPA).

The son of Turkmen President Gurbanguly Berdymukhammedov has been nominated as a presidential candidate hours after the Central Election Commission launched the first stage of the country’s campaign in an early presidential election. The decision to nominate 40-year-old Serdar Berdymukhammedov was made at the congress of the ruling Democratic Party of Turkmenistan on Monday after election officials announced the opening of the nomination process from the three registered political parties in the tightly controlled Central Asian nation. The early presidential election will be held on March 12. According to rights groups, Turkmenistan has never held free and fair elections since becoming an independent state following the fall of the Soviet Union in 1991.