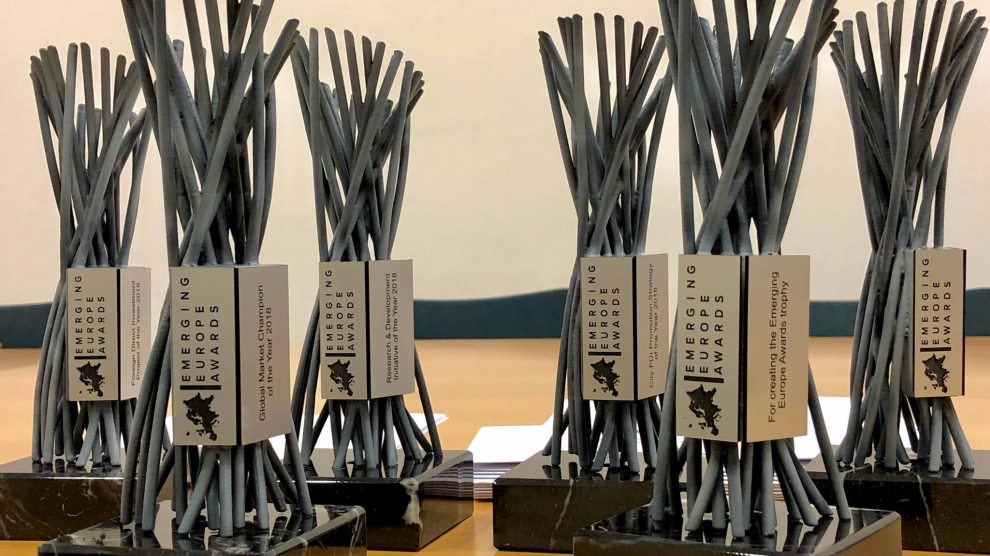 Emerging Europe, an intelligence and networking platform that translates the region to the world and the world to the region, has announced the names of the 120 companies, organisations and individuals who have been nominated for its 2019 awards.

Selected from a total of almost 1,000 applicants, the 120 nominees come from across all of the 23 countries which make up the region. Poland leads the way with 32 nominations. The full list of nominees can be viewed here.

In addition, 23 investment promotion agencies and 75 cities have been included in two research projects: the Investment Promotion Report and the Business-Friendly City Perception Index.

“We have been working with the countries of emerging Europe for a number of years now and we have already learned that there are great initiatives carried our in each of our countries,” said Andrew Wrobel, founding partner, content and strategy at Emerging Europe. “Even so, I must admit that the Emerging Europe Awards are a real eye opener for us — the innovation and creativity we see, combined with hard work, are unprecedented. As an organisation, we are honoured that we can contribute to showing all that to the world. I am looking forward to this year’s event, where we will gather together the region’s the most successful businesses alongside senior government representatives, civil society and the media. It is going to be a high-profile celebration of and for those who make emerging Europe one of the most exciting places in the world.”

The winners of the awards will be announced at a special ceremony to be held as part of the Emerging Europe Leaders’ Meeting and Awards, which takes place on June 27-28 in London at the headquarters of the European Bank for Reconstruction and Development (EBRD). The entire programme will take place at two more venues: the Palace of Westminster and the Gherkin.

PwC (strategic), GE (landmark) and EBRD (venue) are once again partners of the awards.