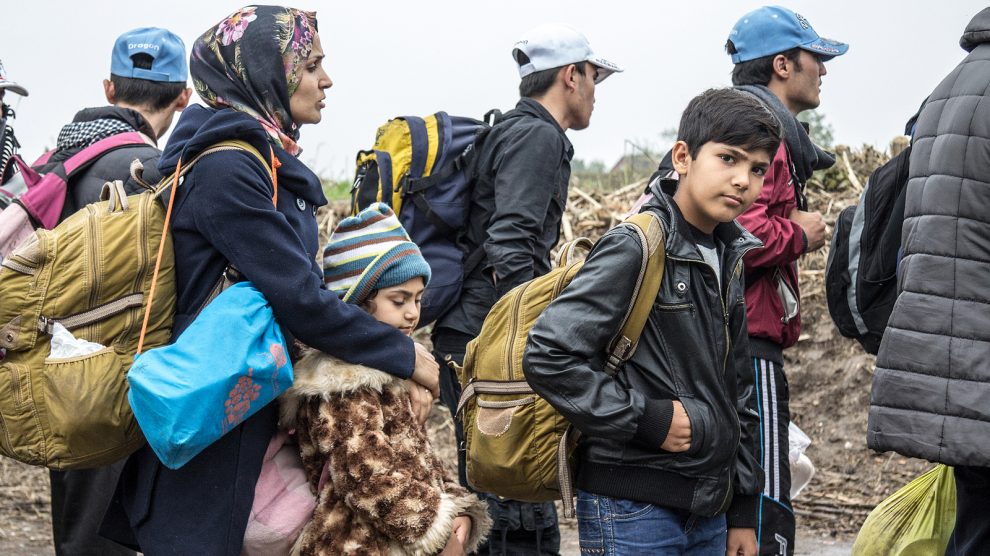 The crisis on Poland’s border with Belarus will last months, the Polish defence minister said on Wednesday, as several thousand migrants remained stranded on the EU’s eastern frontier in what the bloc calls a deliberate blackmail campaign by Minsk. “We have to be prepared that this situation on the Belarusian border won’t settle swiftly, we have to be prepared for months; I hope not years,” Mariusz Blaszczak told Polish public radio.

Bulgaria’s new centrist anti-graft party We Continue The Change this week started talks to form a government after its surprise victory in Sunday’s national election. With pledges to root out widespread corruption and bring prosperity to the European Union’s poorest country, We Continue The Change, set up just two months ago, won the Balkan country’s third national election this year with 25.7 per cent of the votes. The party needs the support of two other anti-graft factions and the Socialist party to form a majority.

The European Court of Justice (ECJ) ruled on Tuesday that legislation passed in Hungary in 2018 threatening jail time for people who support asylum-seekers is in violation of EU law. The law, which targeted migrant rights NGOs, was named “Stop Soros” — a reference to the Hungarian-born Holocaust survivor and US-based billionaire George Soros. “Criminalising such activities impinges on the exercise of the rights safeguarded by the EU legislature in respect of the assistance of applicants for international protection,” the ECJ said in a statement.

Hungary’s economy has recovered fast this year from a pandemic-induced shock but this has been coupled with the return of twin deficits in its budget and current accounts, National Bank of Hungary Governor Gyorgy Matolcsy said on Monday. Matolcsy said in an article posted on the mno.hu website that by running a budget deficit and current account deficit that is high relative to the region, Hungary “is falling into the trap of twin deficits” which increases its vulnerability.

Romanian gas producer Romgaz has estimated it will finalise the acquisition of a 50 per cent stake in a Black Sea offshore gas project from Exxon Mobil in the first quarter of next year, its manager Aristotel Jude said on Wednesday. Romgaz will ask shareholders to approve the deal at a meeting on December 9. The company could pay up to 1.07 billion US dollars to Exxon.

Thousands of protesters took to the streets of Prague on Wednesday against a new Covid lockdown for the unvaccinated banning them from public places. Demonstrators in the Czech capital flouted social distancing and facemasks as they rallied against the incoming curbs on the anniversary of the 1989 anti-Communist Velvet Revolution. The Czech government is introducing restrictions on the unjabbed, banning them from public events, bars and restaurants, from Monday in a bid to drive up vaccination rates.

Armenia announced a ceasefire with Azerbaijan after clashes at their border left more than 20 dead. The two former Soviet nations blamed each other for the deadliest fighting since a war last year over the separatist region of Nagorno-Karabakh. The clashes ceased late on Tuesday after Russian Defence Minister Sergei Shoigu spoke on the phone with his Armenian and Azerbaijani counterparts and urged them to stop.

Ukrainian President Volodymyr Zelensky welcomed a framework agreement on Tuesday to use British financing to enhance Ukraine’s naval capabilities. Hosting Britain’s defence minister Ben Wallace, Zelensky in a statement said they had discussed how to ensure safe navigation for ships in the Black Sea and Azov Sea, and Ukraine’s aspirations to join the NATO military alliance.

The condition of former Georgian President Mikhail Saakashvili, now on the 49th day of a hunger strike, is “critical”, according to Saakashvili’s official Twitter account and a team of doctors put together by Georgia’s ombudsperson Nino Lomjaria. After examining Saakashvili on November 17, the medical team said that he faced a risk of “fatal complications” in the “immediate future”.

The Lithuanian, Latvian and Estonian presidents urged the international community to hold “the Lukashenko regime accountable for human trafficking”, during a joint press conference in Vilnius on Monday. Commenting on the current migrant crisis at the border with Belarus and Poland, the leaders of the Baltic states called for a tightening of EU asylum policy, and urged the hitherto reluctant EU executive to provide “adequate EU financial support for building physical barriers and infrastructure”.

A new research expedition to the wreck of a ferry that sank in the Baltic Sea 27 years ago has not provided fresh evidence contradicting the official accident investigation report, the Estonian and Swedish accident investigation boards said on Tuesday. In one of Europe’s deadliest peacetime maritime disasters, the MS Estonia, en route from Estonia’s capital, Tallinn, to Stockholm in Sweden, sank in heavy seas on 28 September 1994, killing 852 people, most of them Swedes and Estonians.

The United States, which brokered Bosnia and Herzegovina’s 1995 peace accord, may impose sanctions against entities that try to unilaterally withdraw from state institutions or destabilise the deal, Secretary of State Antony Blinken said on Tuesday. Bosnian Serb leader Milorad Dodik, the Serbian representative in the presidency, has been threatening to withdraw from state-level institutions, including Bosnia’s joint judiciary, military, and tax administration.

Albania has strenuously denied it is willing to process people crossing the Channel to Britain, after the UK deputy prime minister, Dominic Raab, confirmed that the government is exploring ways of processing asylum seekers abroad. Albania’s foreign minister, Olta Xhaçka, and its ambassador to the UK, Qirjako Qirko, dismissed as a “fake news” a report in the Times suggesting Albania would be willing to host people arriving in the UK from France in small boats.

Montenegro’s foreign minister has warned the only way for the US and European Union to compete with China’s growing influence in the Balkans is through significant and sustained investment. Western-facing nations and leaders in the “heart of Europe”, Dorde Radulovic told Newsweek, want more U.S. and European financing to support much-needed infrastructure projects, economic growth, and to safeguard against Moscow and Beijing.

The Uzbek president has dismissed his advisor on law enforcement, the once influential former chief of the National Security Service, Rustam Inoyatov. President Shavkat Mirziyoev’s spokesman made the announcement on November 15, saying that Inoyatov will be replaced by Bakhtiyor Islomov. The spokesman, Sherzod Asadov, did not give further information. The 76-year-old Inoyatov, who holds a colonel-general’s rank, was once seen as a potential rival to Mirziyoev.

Kazakhstan could support fiscal consolidation by raising some tax rates including VAT and may need to further raise interest rates, the International Monetary Fund mission to the Central Asian nation said on Wednesday. The oil-rich nation has traditionally maintained relatively low tax rates in areas directly affecting its population – it has a flat 10 per cent personal income tax and a 12 per cent standard value added tax (VAT). But in order to reduce its dependence on oil revenue, the country should consider raising those taxes, IMF mission head Nicolas Blancher told a briefing.