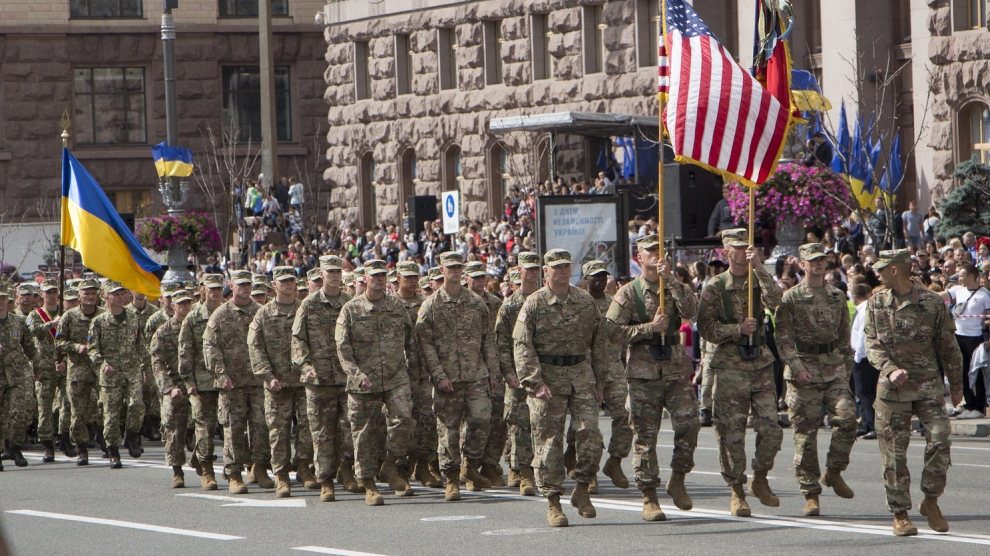 The Pentagon has approved 200 million US dollars in non-lethal military aid to Ukraine. The announcement came less than a week after the Putin-Trump Summit in Helsinki and the Russian Ministry of Defence’s public statement that it was ready to work with the US Department of Defence on a range of security issues.

The Trump administration decided that Ukraine’s passage of a new national security law, signed by Ukrainian President Petro Poroshenko on July 5, met the requirements enshrined in the US legislation, thereby allowing the Pentagon to release the funds.

“This reaffirms the longstanding defence relationship between the United States and Ukraine and brings the total US security sector assistance to Ukraine to more than 1 billion US dollars since 2014,” Major Sheryll Klinkel, a Pentagon spokesperson, said in a statement.

However, it is not yet immediately clear when the new equipment will be delivered. According to the Pentagon, the planning for this move has been in the works for “months” and is not tied to the Helsinki summit.

Anatoly Antonov, Russian ambassador to the US, said that in Helsinki both presidents had discussed the possibility of a referendum in the area of Eastern Ukraine controlled by Russian-backed separatists. The State Department stated it would not support a referendum in eastern Ukraine.

James Mattis, US secretary of defence, wants Congress to sign a waiver that would allow the US to sell weapons to countries that also purchase arms from Russia. The idea is to make sure US sanctions don’t push allies into the arms of Russia.

“Russia should suffer consequences for its aggressive, destabilising behaviour and its illegal occupation of Ukraine,” Mr Mattis said in statement. “The fundamental question we must ask ourselves is do we wish to strengthen our partners in key regions or leave them with no other option than to turn to Russia, thereby undermining a once in a generation opportunity to more closely align nations with the US vision for global security and stability.”