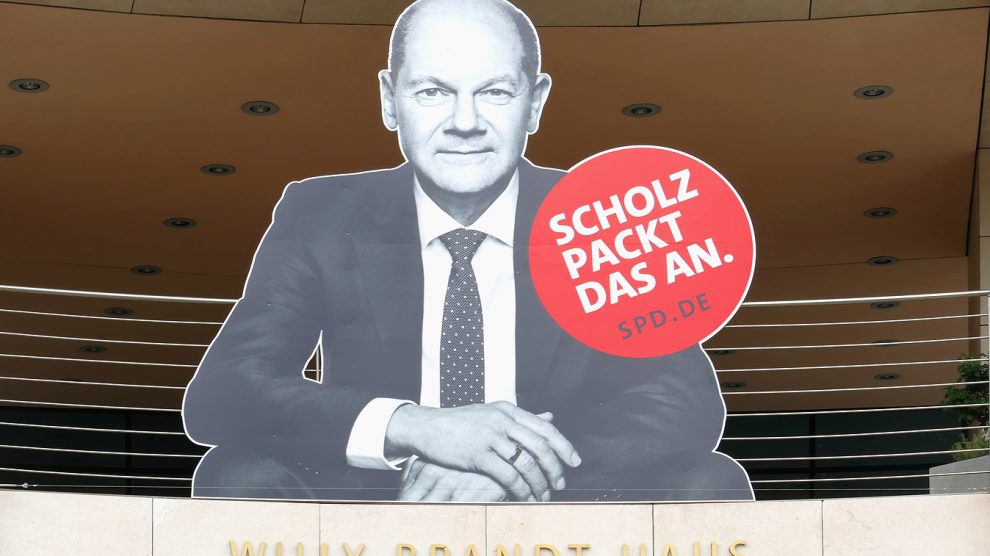 Poland’s prime minister, Mateusz Morawiecki, said on Thursday he would call on Germany’s newly appointed Chancellor Olaf Scholz to oppose the start-up of Nord Stream 2, as Warsaw seeks to stop the gas pipeline it says will be used against Europe by Russia. Scholz’s predecessor Angela Merkel soured relations with many Central and Eastern European countries by sticking to a project they said would dangerously increase dependence on Russian gas. Now, with a new administration in Berlin and regional tensions rising, Warsaw hopes Germany could change tack.

Bulgaria’s largest political party expects to soon form a coalition government and put an end to the political deadlock that has resulted in three parliamentary elections this year. Kiril Petkov, the co-leader of the We Continue the Change party that won but fell far short of a majority in repeat elections in November, told President Rumen Radev on Monday that “we fully understand that Bulgaria already absolutely needs to have a regular government”. The anti-graft We Continue the Change is currently holding coalition talks with the Socialists, the anti-elite populist movement There is Such a People party, and the center-right faction Democratic Bulgaria.

Romania’s OMV Petrom could postpone a final investment decision over its Black Sea deep water gas project until 2023 if lawmakers do not amend an offshore law by the end of this year as agreed, its chief executive said on Wednesday. OMV Petrom, majority-controlled by Austria’s OMV, and several other gas producers have spent over a decade and billions of dollars preparing to tap Romania’s estimated 200 billion cubic metres in the Black Sea, only to be stymied three years ago by a sudden extra tax on offshore gas projects. A newly elected government had said parliament would amend the tax this year, but it collapsed, delaying any changes.

Slovakia’s parliament approved a plan on Thursday to give people 60 and older up to 300 euros if they are vaccinated against Covid-19. The measure drafted by Finance Minister Igor Matovič should boost inoculations in the European Union country with one of the bloc’s lowest vaccination rates. It should also help the struggling health care system amid a record surge of new infections. So far, only 46.5 per cent of the nation’s 5.5 million people have been fully vaccinated.

Hungary’s chief prosecutor on Tuesday submitted a motion to the speaker of parliament to revoke the immunity of a governing party lawmaker who is suspected of accepting bribes and other crimes. Pal Volner, from the governing Fidesz party who also serves as deputy minister of justice, was being investigated for regularly receiving payments of between two million and five million forints (5,460-13,670 euros) in bribes from the president of the Hungarian Chamber of Judicial Officers, chief prosecutor Peter Polt said in a statement.

Programming shifts at Slovenia’s public broadcaster could curb critical journalism and benefit the centre-right government in next year’s elections, say journalists and free press advocates who sense politics behind the moves. The changes, adopted by the program council of RTV Slovenia on November 29, shorten or abolish some main news programs, while others move to a less-prominent second channel. TV Slovenia is a part of RTV Slovenia, which also includes a public radio channel. The radio channel will also undergo some changes, but those are not being disputed.

Joe Biden has said that he is not considering sending US troops to defend Ukraine in response to a Russian military buildup on the country’s borders. “That is not on the table,” he told reporters on Wednesday, one day after speaking directly with Vladimir Putin in an effort to avert a military crisis. Biden has warned Putin that there would be “severe consequences” if Russia launches an attack on Ukraine and said the US would be providing “defensive capabilities” to the Ukrainian military.

The United Nations’ top court has ordered both Armenia and Azerbaijan to work to prevent racial hatred and discrimination and ease their feud following last year’s war between the South Caucasus neighbours over the breakaway Nagorno-Karabakh region. The International Court of Justice (ICJ) also told Azerbaijan on Tuesday to protect Armenian prisoners from the conflict and to stop the desecration of Armenian cultural heritage.

Britain will send 140 military engineers to Poland this month to provide support at its border with Belarus, the Ministry of Defence said, in response to what it termed pressures from “irregular migration”. Britain already has personnel in its NATO ally Poland, amid tensions at the EU’s border with Belarus. The bloc says Belarus has flown in migrants from the Middle East to push them to cross the border, accusations Minsk calls absurd.

Georgia’s government has promised to increase pensions and state-employee salaries in response to double-digit inflation that shows no sign of easing. According to the National Bank of Georgia, consumer prices increased 12.5 per cent year-on-year ​​in November, four times the target set for 2021 and the third straight month over 12 per cent. Food prices last month were 17 per cent higher than November 2020. Prices in the transport sector have increased over 20 per cent due to higher costs for fuel.

China has told multinationals to sever ties with Lithuania or face being shut out of the Chinese market, a senior government official and an industry body told Reuters, dragging companies into a dispute between the Baltic state and Beijing. China downgraded its diplomatic ties with Lithuania last month, after the opening of a representative office by Taiwan in Vilnius. Lithuania’s ruling coalition had agreed in November last year to support what it described as “those fighting for freedom” in Taiwan, putting its relations with China at risk.

Trying to defuse large protests by environmentalists, Serbia’s populist government decided on Wednesday to reconsider two key laws that would help mining giant Rio Tinto launch a lithium mine in western Serbia. For two consecutive weekends, thousands of protesters in Belgrade and other Serbian towns have blocked main roads and bridges to decry the planned lithium mine near Loznica, close to the border with Bosnia and Herzegovina. The protests are the biggest challenge yet to the increasingly autocratic rule of President Aleksandar Vučić, who has denounced the road blockades as illegal and claimed they are being financed from abroad to destabilise the country.

Kosovo’s foreign minister has called on US President Joe Biden and his European allies to do more to prevent the Western Balkans from sliding back into ethnic conflict, accusing the latter powers of losing credibility and authority in the region. Donika Gervalla-Schwarz said in an exclusive interview with Newsweek that Russia and its regional allies—particularly in Serbia and Bosnia and Herzegovina—are exploiting European Union hesitance and stoking the same ethnic divisions that dragged the Balkans into brutal violence in the 1990s. She suggested such a shift is opening the door for greater Russian and Chinese influence in the heart of the European continent.

Bosnia’s security minister has been formally charged with malfeasance and corruption over the irregular sale of weapons and military equipment a decade ago when he held the post of defence minister. The country’s top court on Wednesday confirmed the indictment against Selmo Cikotic, charging him of depriving the state of close to five million euros by changing “in breach of the legally prescribed procedure” the terms of a contract for the sale of surplus outdated weapons and military equipment in order to favor the buyer, the Croatian company SCOUT. The indictment said Cikotic had done so “without notifying his deputies or members of (Bosnia’s tripartite) presidency.”

From next year, Kazakhstan will undertake more sustained measures to constrain the amount of carbon dioxide emitted into the atmosphere by industrial enterprises. Business newspaper Kursiv reported on December 6 that one measure envisioned by the government will be to reduce the threshold of permitted emissions for affected companies from the current level of 169 million tons of CO2 equivalent, or tCO2e, to 125 million tCO2e. The change is expected to raise the costs for polluters from around two million US dollars to 44 million US dollars, Kursiv reported.

Turkmenistan has been recognised as the country with the slowest internet in the world, with users needing almost a full day to download a movie. Cable.co.uk said in a report on worldwide broadband speed in 2021 that Turkmenistan, with a speed of 0.50 megabits per second (Mbps), was the slowest of all 224 countries surveyed, with it taking just over 22 hours and 34 minutes to download a movie file with a size of five gigabytes. That puts the isolated Central Asian country behind even war-torn nations such as Yemen, South Sudan, Somalia, and Afghanistan, the report showed.