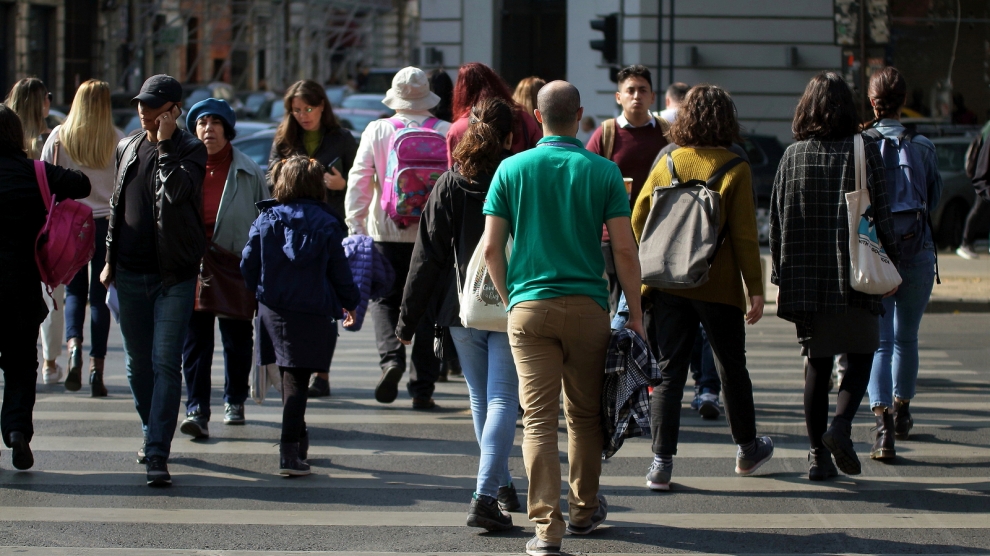 Almost 90 per cent of Romanian emigrants believe that their full potential is not being used by their host countries, and that they have the skills to cope with more demanding duties than those required in their current jobs.

This is one of the key findings of a major new report looking at the Romanian diaspora, produced by the Organisation for Economic Co-operation and Development (OECD).

The report, Talent Abroad: A Review of Romanian Emigrants, provides the first comprehensive portrait of the Romanian diaspora in OECD countries, and reveals that in 2015-16 as many as 3.6 million Romanians were living in OECD countries, or almost 17 per cent of all people born in Romania. More than 54 per cent were women. The report finds that while Romania ranked fifth globally in total emigration, it had the highest emigration rate amongst the 10 main origin countries of emigrants living in OECD countries. Romania’s emigrant population is much larger than that of neighbouring countries (Bulgaria, Hungary, Moldova, Serbia, and Ukraine), with Romanians accounting for almost half of all emigrants from the region in 2015-16.

A quarter of Romanian emigrants are highly educated, although the report finds that the distribution of educational attainment varies widely across host countries. Almost 80 per cent of Romanians in Canada have completed university studies, as have more than half in the United States. By contrast, just seven per cent of Romanians living in Italy report a high level of education. Romanian women living in OECD countries are more likely to have completed university studied than men, most strikingly in the UK and France, where women are 11 percentage points more likely to be well educated.

The report recommends three key areas for the development of Romania’s diaspora policies.

The first is improving the proper use of skills possessed by Romanian emigrants in the OECD to mitigate the high level of overqualification, foster their social and economic integration and increase their potential to Romania’s economy through remittances and skill transfer.

The second is helping returning migrants to find or create better opportunities in Romania, either by improving the matching between their skills and the needs of Romanian firms or by supporting them in the development of their businesses.

Finally, the report recommends fostering stronger ties between the children of Romanian emigrants born in OECD countries so that they can contribute both to their country of residence and to Romania.