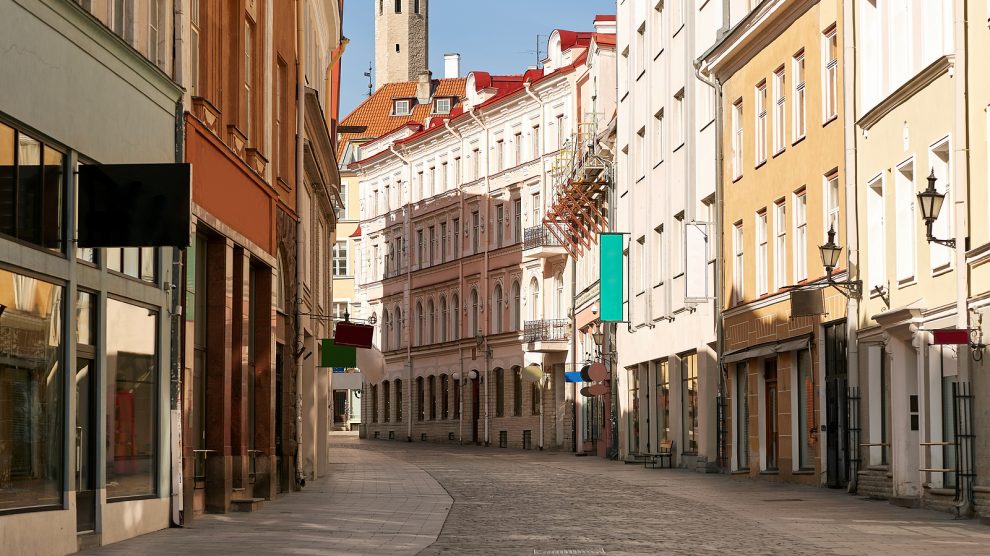 Estonia and Hungary have both been forced to reintroduce stringent lockdowns in order to halt the spread of the Covid-19 virus.

Estonia will introduce a total lockdown from March 11 in an attempt to slow the spread of the coronavirus. The lockdown, which will see schools and all retail stores closed, except for those selling medicines, food and other essential items, will be in place for a month. Restaurants will be limited to serving only take-away food.

“The situation is especially critical in Tallinn and northern Estonia where hospitals are under great pressure,” said the country’s prime minister Kaja Kallas in a televised interview.

“However, the situation is very difficult all over Estonia. That’s why the government has decided to introduce additional restrictions with the aim of reducing contact to a minimum. It is the only way out of this crisis. How fast we can do that depends on everyone’s behaviour.”

Estonia’s government will also move to remote working, holding cabinet meetings online until at least the end of March.

Estonia currently has Europe’s second-highest rate of infection per one million people, at 1,335, behind only Czechia (1,572). Over the past seven days the rate of infection has increased by 74 per cent, driven by the spread of the Covid-19 variant first identified in the United Kingdom.

The good news for Estonians is that the country’s vaccination programme is currently one of the most efficient in Europe: more than 10 per cent of the population have received at least one dose of a vaccine, well ahead of the European Union average and, in emerging Europe, behind only Serbia and Hungary. 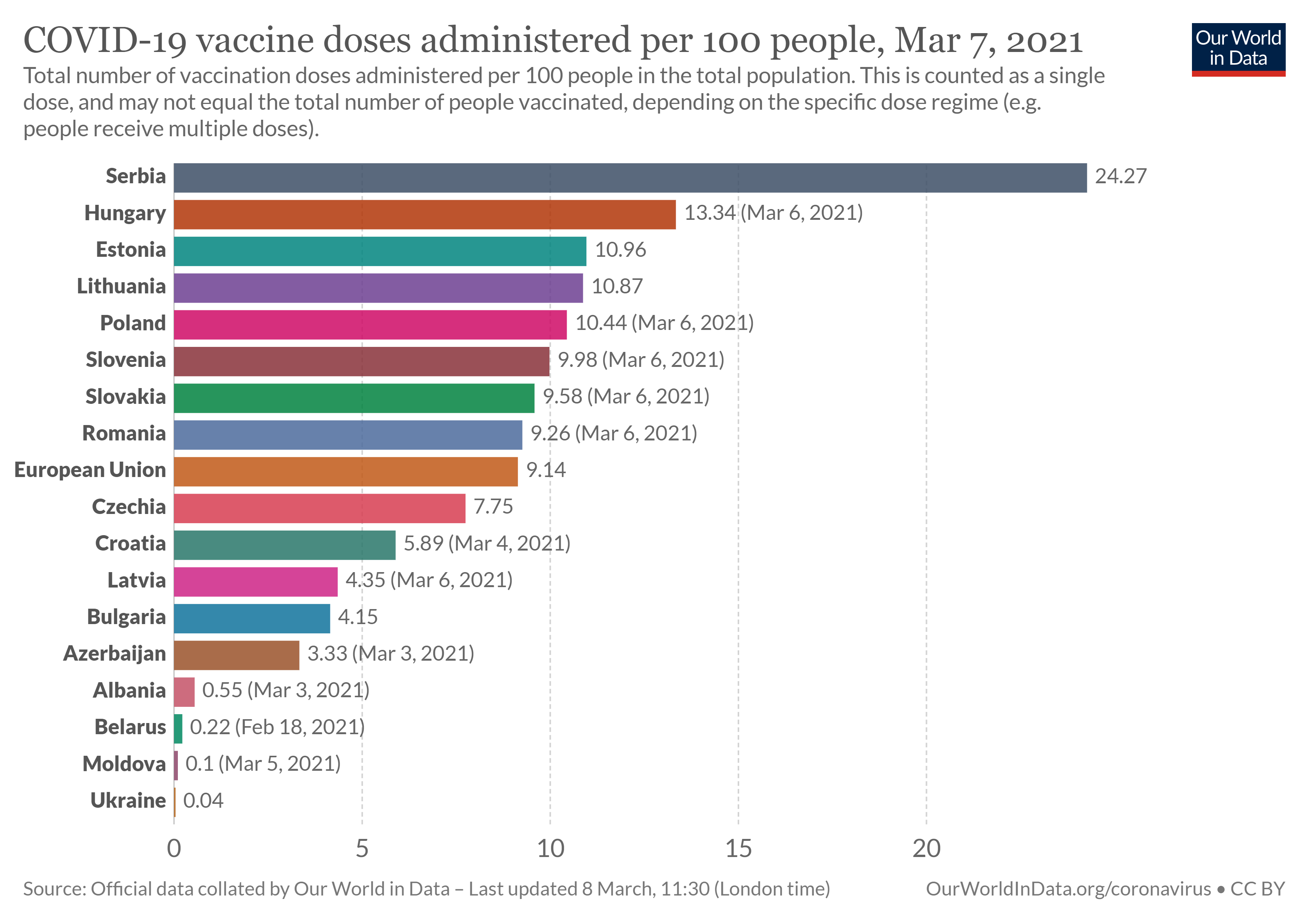 In Czechia, Deputy Prime Minister Jan Hamáček said on March 8 that new lockdown measures imposed on March 1 were already beginning to have a positive effect, but that “we have not yet.”

Czechia’s R-number fell to 0.97 on March 8, the first time it has been below one since the beginning of February.

Besides lockdown measures, Czechia has also increased its testing capacity over the past seven days and has ramped up its vaccination programme. However, the number of Czechs who have had at least one dose of a vaccine is still some way behind the EU average.

Hungary was also forced to impose tough new lockdown measures on March 8 to curb a rise in infections, closing all school and most shops.

With nearly 16,000 confirmed deaths in a country of fewer than 10 million people, Hungary has the eighth worst death rate per one million inhabitants in the world, according to Johns Hopkins University.

“We can see that the third wave is spreading very forcefully, mainly due to (virus) variants,” said Hungar’s chief medical officer Cecilia Muller. “We can’t do anything else now but break the chain of infections.”

Hungary is one of just two EU countries to have approved the Sputnik V Russian-produced vaccine, as well as China’s Sinovac jab. Mr Orbán himself was himself inoculated with the Sinovac vaccine.

However, a report on March 8 revealed that more than 80 per cent of Hungarians to have received a vaccine had been administered with one of the three jabs approved by the EU: Pfizer, Moderna, and AstraZeneca.

In Serbia, free school books disrupt a foreign-dominated market
How to accelerate recovery in emerging Europe and Central Asia
Comment