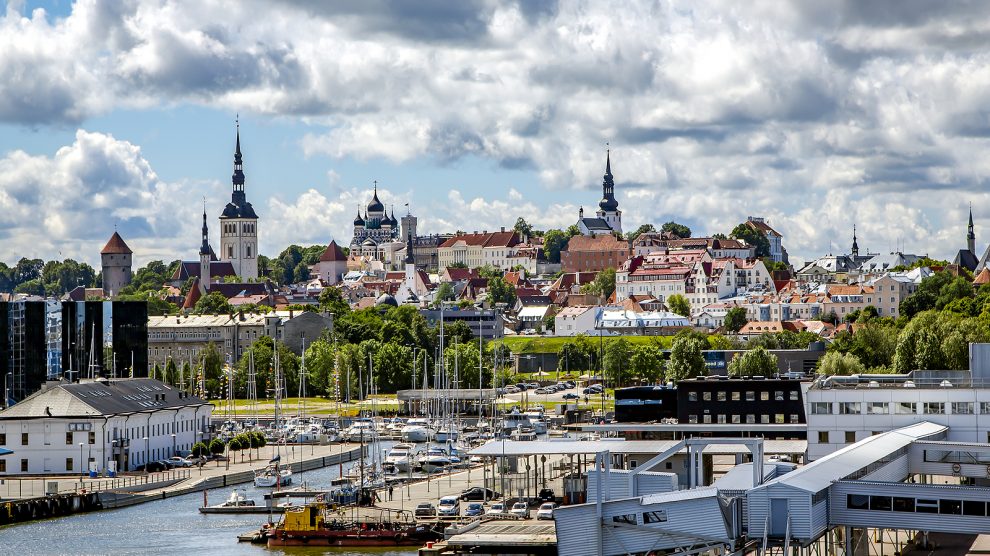 As the world continues to recover from the coronavirus pandemic, economic freedom will be more important than ever, says a new report from the Heritage Foundation. In emerging Europe, Estonia and Georgia continue to lead the way.

Estonia is once again the regional leader in the Heritage Foundation’s Index of Economic Freedom. The Baltic state ranks eighth globally, four places ahead of emerging Europe’s next best performer, Georgia.

“Many countries in the region delayed necessary policy decisions and reform actions, which caused problems that might have been avoided if those changes had occurred at the right time,” says Anthony Kim, one of the report’s authors. “But Estonia got this right, stayed true to its commitment to freedom, and has the results to show for it.”

“It is also notable that Estonia’s economy remains in the ‘mostly free’ category, where it has been since 2001,” Mr Kim tells Emerging Europe. “The biggest obstacles to the country’s ascendance to the exclusive ranks of the ‘free’ are its relatively low scores for government spending and labour freedom. Reforms that address high levels of government spending and lingering rigidities in labour regulations would promote investment and improve productivity.”

Ukraine is the region’s lowest ranked country, at 127th.

“Ukraine’s overall score is still below the regional and world averages,” says Mr Kim. “[Its] ranking improved slightly this year, but to maintain the momentum toward greater economic freedom, the government will need to boost investor confidence by continuing to upgrade the investment code and by undertaking deep and comprehensive reforms to strengthen rule-of-law institutions and improve the protection of property rights, judicial effectiveness, and government integrity.”

“The country has powerful yet not fully-tapped industrial and agricultural sectors, as well as relatively well-developed infrastructure. Ukraine’s IT sector is one of the best in the world and is progressing rapidly. To effectively integrate these industries into the process of advancing the country’s economic security and prosperity, Ukraine must open up its economic potential and more fully embrace the competitive free-market systems that guide development in the West,” he adds.

In Central Asia, Kazakhstan leads the way in 38th, with Turkmenistan bottom in 167th. 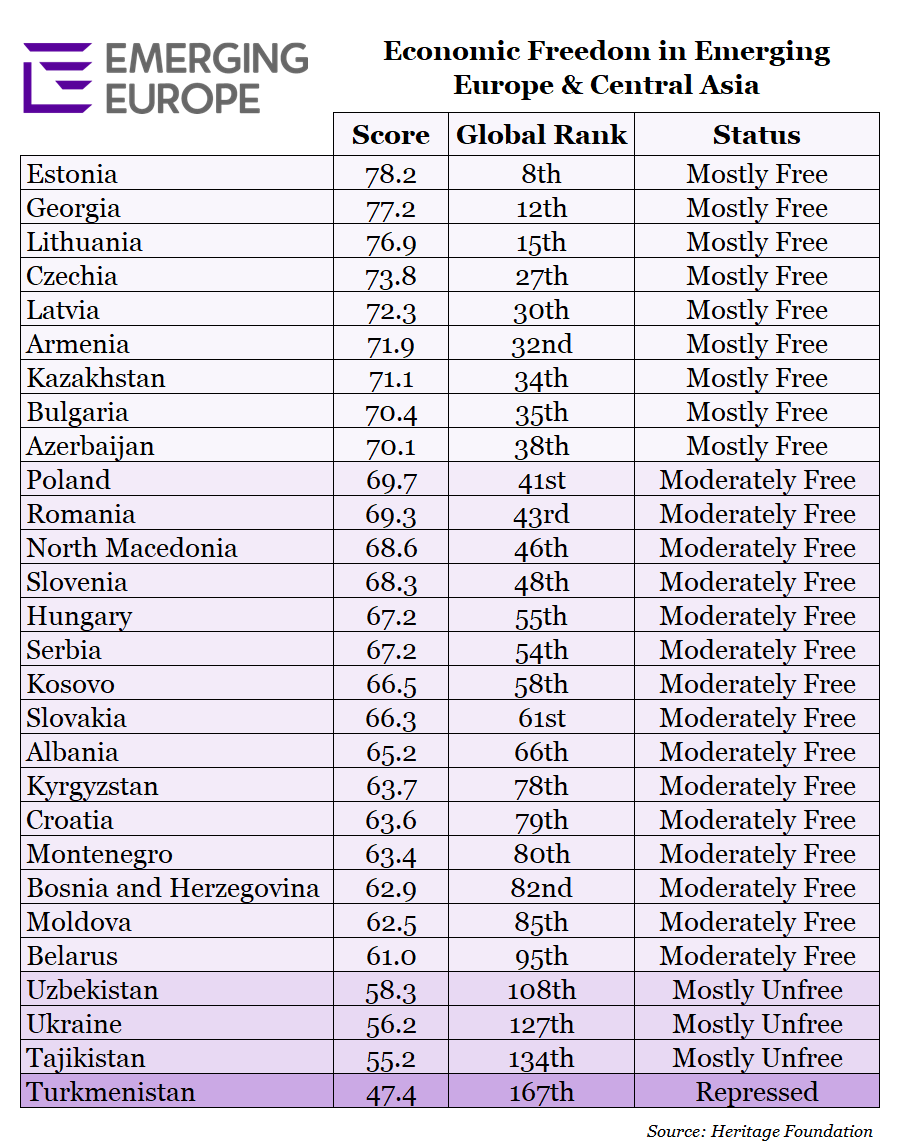 In all, the Heritage Foundation ranked 178 countries around the world, evaluating the extent and effectiveness of government activity in 12 areas known to have a significant impact on levels of economic growth and prosperity.

Policies that allow greater freedom in any of the areas measured tend to spur growth. Growth, in turn, is an essential element in generating more opportunities for people to advance themselves economically, thereby reducing poverty and building lasting prosperity.

Some aspects of economic freedom concern a country’s interactions with the rest of the world (for example, the extent of an economy’s openness to global investment or trade). Most, however, focus on policies within a country, assessing the liberty of individuals to use their labour or finances without undue restraint and government interference.

There are some notable differences between the findings of the report and those of Freedom House, which also published its latest report, looking at human rights, earlier this week.

Kazakhstan, for example, is classified as Not Free when it comes to human rights, but is one of the region’s best performers in terms of economic freedom, ranked 34th globally, ahead of Belgium, Spain, and Poland.

Azerbaijan too ranks well in the Economic Freedom Index (38th) but is also classified as Not Free in regards to human rights.

“Human rights rankings are a lot more ‘focused’ and ‘survey’ based while the Economic Freedom Index is driven more by hard economic statistics,” says Mr Kim.

“Making and/or implementing economic policies is a bit more independent, or even immune from, the complex interplay of various politics and political systems. [Kazakhstan and Azerbaijan] are still struggling on various grounds (particularly the rule of law related to judicial independence and corruption) and are far behind the top tier, despite some progress.”