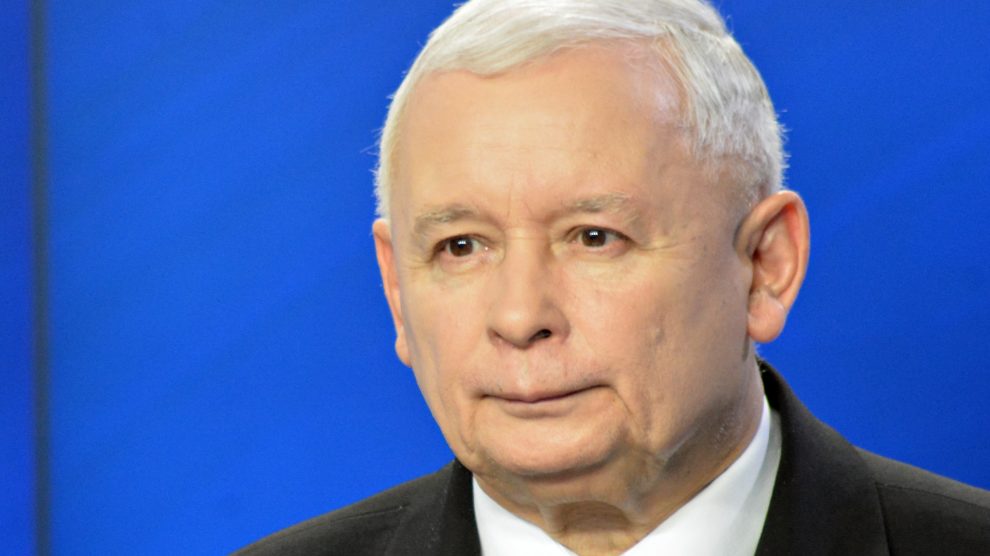 Polish politics is dominated by the country’s largest party, Law and Justice (PiS). But short of a majority in parliament, it needs two smaller coalition partners to keep it in office. Those partners, however, are very different. We explain who they are and how they have managed to stick together – for now.

The political success of Poland’s Law and Justice party (PiS) since 2015 has centered on the ability of relatively few operators to hold together a wide range of often rival ideological positions and political groups.

At the centre of it all is PiS leader Jarosław Kaczyński, who, via an alchemy of charisma, fear of electoral loss, and old-school patronage, keeps together a coalition of hardline social conservatives, libertarians, free marketeers and statists.

With 198 seats in the Sejm (the lower house of Poland’s parliament) and 48 in the Senate, PiS is the largest political force in the country and the dominant party in the ruling coalition, known as United Right. But it is dependent on two smaller parties, United Poland and Agreement – very different from each other – and that is where cracks have on occasion appeared.

Most recently, an anti-corruption probe into the assets of Daniel Obajtek, CEO of state-owned petroleum giant PKN Orlen, has exposed those existing divisions and opened up new ones.

Kaczyński is ageing (he is 71) and has said he will retire from frontline politics after the country’s next parliamentary election, scheduled for 2023. The coalition he built has twice in recent years been close to cracking (shortly after the last parliamentary election in 2019, and again after last year’s presidential election). Kaczyński on both occasions managed to hold it together.

But – aside from PiS – who are these disparate forces making up the coalition?

United Poland (Solidarna Polska; SP) has been trying to pull the coalition rightward, upping the rhetoric against the European Union, on abortion, and other “culture war” issues. The SP’s leader, Zbigniew Ziobro, the justice minister, has been the architect of Poland’s disturbing inroads into judicial independence.

Ziobro sees himself as the natural heir to Kaczyński. SP’s world view is rooted in an often paranoid version of the post-1989 transition, led by Antoni Macierewicz, a former minister of defence, and supported by the head of public television Jacek Kurski and the influential head of the Catholic radio station Radio Majrya, Father Tadeusz Rydzyk.

Solidarna Polska has 19 MPs, two senators and two MEPs. Ziobro’s supporters are convinced that Kaczyński will not kick them out of the coalition for the time being – without SP’s 19 MPs, PiS would not have a majority. But Ziobro seems to believe his party may be forced to split with PiS before the next elections.

Mr Ziobro’s main opponent in the coalition is the country’s pragmatic, technocrat prime minister, Mateusz Morawiecki. SP politicians accuse Morawiecki of being submissive to Brussels, of undermining Polish sovereignty and of surrounding himself with people formerly associated with the country’s main opposition party, Civic Platform (PO).

SP has on occasion flirted with the far-right Konfederacja party, publicly talking up a possible alliance. It has also been trying to form alliances with those PiS politicians who are not interested in strengthening the position of the prime minister, such as Mariusz Kamiński, Jacek Sasin and Beata Szydło, who served as PM herself from 2015 to 2017 before resigning – at the behest of Mr Kaczyński.

Mr Ziobro’s supporters argue that they are backed by many of the PiS rank and file MPs, concerned about the party’s direction, while others suggest that SP is itself divided, that its leader’s position is weakening, and that in the event of a break with PiS, some MPs would in fact defect to the large party. Polls indicate that were it to run independently of PiS, SP would not exceed the five per cent electoral threshold necessary to enter parliament.

The other party in the United Right coalition is Porozumienia (Agreement), a Christian-democratic, and conservative-liberal faction with 18 MPs founded in November 2017 and led by Deputy Prime Minister Jarosław Gowin.

While nominally PiS members, PM Mateusz Morawiecki, Łukasz Szumowski, Jacek Czaputowicz are perhaps closer to the Agreement party. Although not officially a party member, the country’s president, Andrzej Duda, can also be placed in this faction.

Gowin lost Kaczyński’s trust in the spring of 2020 when he held talks with the opposition aimed at torpedoing the presidential election in May. The election was eventually delayed until July.

PiS have long suspected that negotiations at that time also included Agreement’s transfer to the opposition and the overthrow of the government.

What’s certain is that Gowin’s party would welcome the opportunity to build an ecological right-wing political force, separate from PiS.

Muddying the waters further is Kukiz’15 (K’15), led by rock musician-turned-politician Paweł Kukiz. Mr Kaczyński has reportedly spoken with Mr Kukiz, encouraging K’15 to formally join the coalition, which would strengthen PiS’s position in its battles with its current partners (and provide it with five extra seats in the Sejm).

Nothing has yet come of the talks, but these are intriguing times in Polish politics. As Kaczyński battles to keep his coalition together, others are jockeying to replace him.