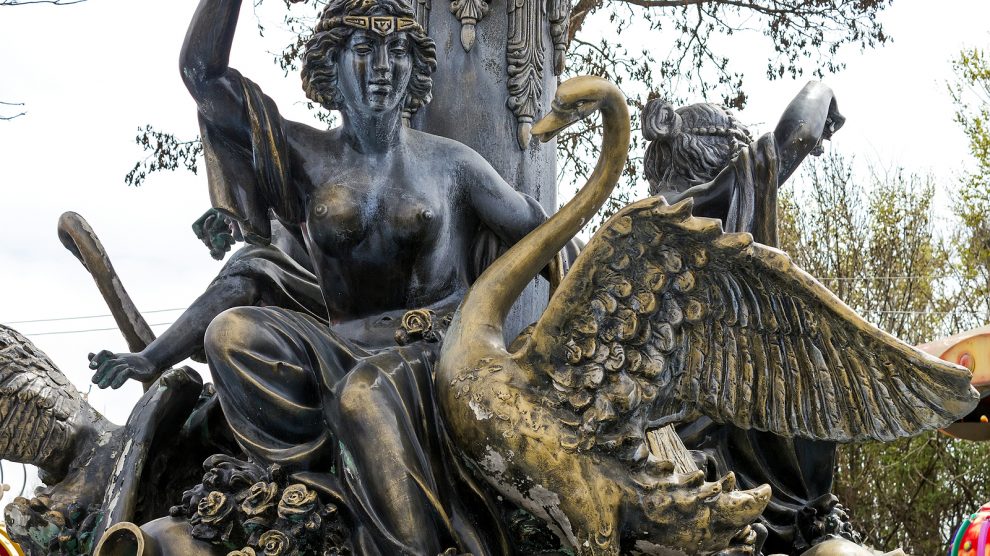 Russia’s continued failure to deliver on its CSTO defence commitments to Armenia has created an opportunity for the US to increase its influence in Yerevan.

US Secretary of State Antony Blinken met with the foreign ministers of Armenia and Azerbaijan in New York on September 19, the first direct talks between the two sides since border clashes broke out again last week.

Blinken said he was “encouraged” there had been no violence for several days. “Strong, sustainable diplomatic engagement is the best path for everyone,” he said.

“There is a path to a durable peace that resolves the differences through diplomacy. The United States is prepared to do whatever it can to support these efforts. And I’m grateful to both of my colleagues for being here today to pursue this conversation.”

During two days of fighting last week at least 200 troops on both sides were killed in what was the largest outbreak of fighting between the countries in nearly two years.

The fighting took place near the Nagorno-Karabakh region, an area within Azerbaijan and internationally recognised as Azerbaijani territory but populated primarily by Armenians.

In 1988 the region declared itself part of Armenia, then in 1991 proclaimed its independence. A full-scale war erupted between Armenia and Azerbaijan, who both viewed, and still view, the territory as theirs.

By the time of a 1994 ceasefire, the region had suffered 30,000 casualties, and thousands more had been made homeless. Armenia – very much in the ascendancy when fighting stopped – de facto controlled not just Nagorno-Karabakh but also a portion of surrounding Azerbaijani territory.

Over the next two decades, regular skirmishes followed, despite both countries committing – on paper at least – to resolving the dispute, primarily under auspices of the Organisation for Security and Co-operation in Europe’s (OSCE) Minsk Group, which includes Russia, France and the United States.

One former French diplomat described the peace process however as lacking “both peace and process”.

In 2016, the region saw its biggest outbreak of violence since the 1990s: the so-called “four-day war”. Armenia claimed that Azerbaijan was attempting to seize territory within Nagorno-Karabakh, and there were an estimated 350 casualties across both sides – forces and civilians – before Russia brokered a new ceasefire.

Then, in 2020, a six-week war for Nagorno-Karabakh ended in a decisive victory for Azerbaijan – backed by Turkey – which retook control of a large part of the region. Russia again brokered a ceasefire.

For Baku, the war settled a few old scores: victory was seen as redemption for its defeat in the early 1990s, when Azeri troops and civilians were expelled from Nagorno-Karabakh.

Seven districts which Armenian separatists had seized during the fighting in the 1990s (and which until then had been populated primarily by ethnic Azeris) are now back in Azerbaijani hands. The Lachin Corridor – the only link between Nagorno-Karabakh and Armenia – is under the control of Russian peacekeepers.

In Yerevan, the 2020 defeat caused near paralysis, and preempted a months-long political crisis that forced the country’s prime minister, Nikol Pashinyan, to call an early parliamentary election amid widespread street protests and calls for his resignation.

Both sides have blamed each other for starting the latest hostilities, with Armenia accusing Azerbaijan of an unprovoked attack and Baku saying it was responding to shelling by Armenian forces.

Regardless of who fired the first shots, the fighting was serious enough for Pashinyan to formally invoke the Moscow-led Collective Security Treaty Organisation’s (CSTO) defence provision, citing the need for “military aid to restore the territorial integrity of the country”.

The CSTO declined to intervene, beyond sending officials to evaluate the situation.

Article 4 of the CSTO charter states that: “In the case of aggression (an armed attack threatening safety, stability, territorial integrity and sovereignty) against any member state, all other member states at request of this member state shall immediately provide the latter with the necessary aid, including military.”

The CSTO last made headlines in January when it dispatched a mix of Russian and Belarusian forces (with a token Armenian presence) to Kazakhstan to restore order following civil unrest.

It was the first time that the alliance, which grew out of the framework of the Commonwealth of Independent States, and first began as the CIS Collective Security Treaty (CST), had deployed forces to intervene in a conflict in a member country.

It has on numerous occasions previously refused to become involved in the Armenia-Azerbaijan dispute, stating that because Nagorno-Karabakh is part of Azerbaijan’s internationally-recognised territory, the collective defence statute of the CSTO does not apply. The same logic appears to have been applied last week.

For many Armenians, the CSTO’s latest failure to intervene is the final straw. Armenian Parliamentary Speaker Alen Simonyan said he was dissatisfied with the response, likening the CSTO to a pistol that did not shoot bullets. On September 18, protesters in Yerevan demanded that the country leave the organisation.

The previous day, US House of Representatives Speaker Nancy Pelosi visited Yerevan and condemned what she said were “illegal” border attacks by Azerbaijan on Armenia.

In blaming Azerbaijan for starting the latest clashes – something the US State Department has so far failed to do, at least officially – Pelosi appeared to making a clear push for more influence over Armenia, a wavering Russian ally.

In a dig at Moscow she said that the US was “listening” to Armenia about what its defence needs were and said Washington wanted to help and support Armenia in what she cast as a global struggle between democracy and autocracy.

“We should be using our influence, our leverage showing that Armenian democracy and sovereignty is a priority,” Pelosi said.

With Russia otherwise occupied in Ukraine, now could be the perfect time for the US to renew its courtship of Armenia.

Before taking office in 2018, Pashinyan – who styled himself as a “street fighter” politician – had on several occasions raised the possibility of Armenia’s withdrawal from the CSTO.

Public pressure, American wooing and the CSTO’s ongoing failure to deliver on its commitments might finally force his hand.