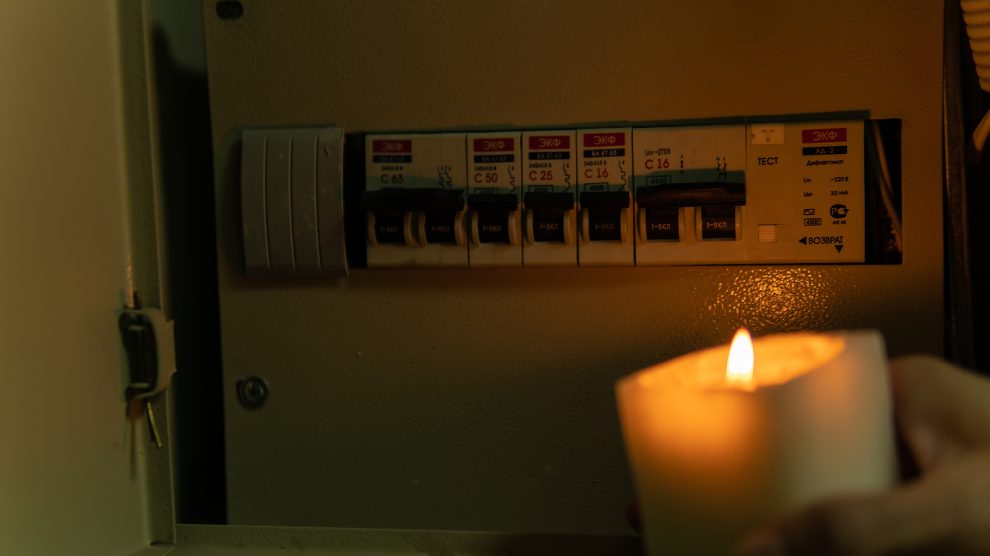 Russian cruise missiles struck key infrastructure in Kyiv on Wednesday, causing the most serious power outages of the war so far.

The Russian military fired about 67 cruise missiles and 10 drones during the attack, according to the Kyiv authorities, mostly targeting energy infrastructure and causing more damage to Ukraine’s already struggling power network.

Both the capital’s electricity and water supplies were cut off for long periods, with power cuts also affecting other parts of the country. Neighbouring Moldova also experienced widespread blackouts.

Ukrainian officials said on Wednesday that three nuclear power plants on territory held by Ukrainian forces had been switched off after the latest wave of Russian missile strikes on Ukrainian energy facilities.

Petro Kotin, head of nuclear power company Energoatom, said the vast nuclear power station in the Zaporizhzhia region of southern Ukraine, which has been out of commission since September, had also been disconnected from the grid on Wednesday and became reliant on backup diesel generators.

He added that the Zaporizhzhia plant, which has been occupied by Russian forces since soon after Russia invaded Ukraine nine months ago, had been reconnected to the grid by Thursday morning and that the backup generators were turned off.

The European Union meanwhile is pressing ahead with a ninth sanctions package on Russia in response to Moscow’s latest attack, the European Commission chief, Ursula von der Leyen, said during a visit to Finland.

“We are working hard to hit Russia where it hurts to blunt even further its capacity to wage war on Ukraine and I can announce today that we are working full speed on a ninth sanctions package,” von der Leyen told a news conference.

“And I’m confident that we will very soon approve a global price cap on Russian oil with the G7 and other major partners. We will not rest until Ukraine has prevailed over Putin and his unlawful and barbaric war,” she said.

There are growing concerns for the fate of vulnerable people living in areas outside of Ukrainian government control and along frontlines.

According to the Norwegian Refugee Council (NRC), they face extreme suffering and risk losing their lives this winter.

“Right now, across the country, people are facing a grim choice: flee or freeze. This week, I met families in Zaporizhzhia who fled for their lives from bombed out basements through the only crossing point on the frontline.

“They were shelled as they crossed. From a one-month-old to 91-year-old, they arrived cold and traumatised, but deeply relieved that they are now safe,” said Jan Egeland, NRC’s secretary general on a visit this week to Ukraine.

Serbia and Kosovo this week agreed to diffuse tensions over a license plate policy. Josep Borrell, the EU’s top diplomat, said on Wednesday that Serbia will stop issuing license plates with Kosovo cities’ designations. In return, Kosovo will “cease further actions related to re-registration of vehicles,” he said after hours of negotiations with both parties. Kosovo, which declared independence from Serbia in 2008, saw the standoff over license plates as a test of its ability to govern over all people living within its borders.

Hungary has failed to adopt promised rule-of-law reforms, the European Commission decided on Wednesday, putting billions in EU cash in jeopardy for the country. The determination comes as Brussels wrangles with Viktor Orbán’s government over the release of both 7.5 billion euros in regular EU payouts and 5.8 billion euros in pandemic recovery grants — money the EU has temporarily frozen over democratic backsliding concerns in Hungary.

The two core parties of Bulgaria’s ousted coalition government, We Continue the Change and Democratic Bulgaria, on Wednesday announced they will propose a minority government when handed the mandate by the president. “We are in a political impasse since the overthrow of our government. Since then, there has been no vision, no plan, and no real coalition talks. Bulgaria is in a political vacuum,” We Continue the Change leader Kiril Petkov, prime minister from December 2021 to June, told the media.

Employment started to grow again in the majority of  countries in Central, Eastern and Southeastern Europe (CESEE) in 2021 after the negative shock in employment caused by Covid-19 in 2020. Despite the continuing pandemic, 14 out of 21 CESEE countries for which comparable data for employment are available according to the Labour Force Survey (LFS) methodology, posted an annual increase in employment in 2021.

Trade and transport routes topped the agenda as Uzbek President Shavkat Mirziyoyev paid an official visit to France on November 21-22 after a busy fall hosting meetings to boost links between the EU and Central Asia. Mirziyoyev spent much of the visit drumming up investment for Uzbekistan, with a sales pitch painting his country as a stable investment opportunity in an unstable world. “We are striving for Uzbekistan to be associated for the foreign investor above all with stability and predictability,” he told French business leaders.

Armenian Prime Minister Nikol Pashinyan has criticised the Russian-led Collective Security Treaty Organization (CSTO) for its refusal to support Armenia when it faced “Azerbaijan’s aggression”. Speaking at a CSTO summit in Yerevan on November 23, Pashinyan said it was “depressing that Armenia’s membership in the CSTO has failed to contain Azerbaijani aggression.” He said this had been “hugely damaging to the CSTO’s image both in our country and abroad.”

Kazakh President Kassym-Jomart Tokayev secured a second term in last Sunday’s snap election, winning 81.31 per cent of the vote. The 69-year-old former diplomat had been widely expected to extend his rule over the oil-rich nation by seven years and get a strong mandate to continue his increasingly independent foreign policy as the former Soviet republic navigates the Russia-Ukraine crisis.

Police in Estonia this week arrested two men suspected of running a 575 million US dollars cryptocurrency scam involving hundreds of thousands of victims. Estonian police investigated the case with the FBI, and US authorities want to extradite the pair – Estonians Sergei Potapenko and Ivan Turogin. The two 37-year-olds allegedly got people to invest in a cryptocurrency mining service called HashFlare and a fake virtual bank called Polybius. A US indictment has been issued.

Georgia’s rugby team produced the finest result of their history last weekend with a shock victory over Wales in Cardiff. Replacement Luka Matkava kicked a 78th-minute penalty to prove the Georgian hero. Wales side had built up a 12-3 lead thanks to two tries from Jac Morgan, but Georgia responded in the second half with an Alexander Todua try and the boot of Matkava to create history and spark wild celebrations. Georgia had defeated Italy in the summer, but this result will further strengthen the calls for them to be introduced into the Six Nations. 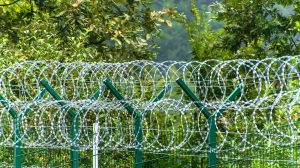 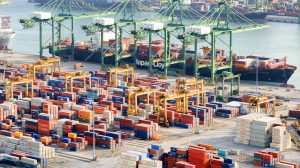 Flee or freeze: The Ukrainians facing a stark choice this winter
Comment