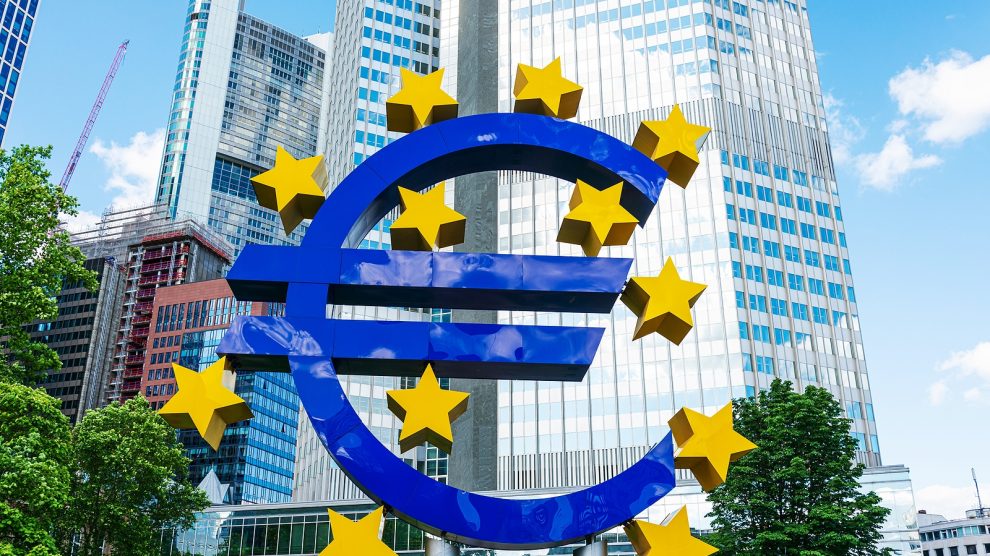 It’s time for the US government to support euro adoption and EU enlargement to stabilise the European project, and to settle key conflicts in the fragile periphery between the EU and Russia.

The European Union, especially Germany, needs to take responsibility for the stability and prosperity of Eastern Europe, especially Ukraine, by supporting its adoption of the euro.

As NATO and EU membership for Ukraine remain difficult challenges, the currency integration of Ukraine is a fast-track alternative: it would make integration irreversible and ensure faster progress for Ukraine in terms of prosperity.

The conventional order of integration – first NATO, then the EU, and finally the euro – is not possible due to the Russian factor and a European lack of courage and leadership. But adoption of the euro is possible. Montenegro and Kosovo both adopted the with American backing. Both recovered much faster from the Balkans Wars of the 1990s due to European currency integration. The same American support is today required for the euro in Georgia, Ukraine, Moldova, Bosnia, Albania, North Macedonia and Serbia.

The euro as tool for peace, backed by an American-led NATO

Let’s be serious. The United States is the global superpower, here to stay long term. Europe is part of the American-anchored world order based on NATO. The euro does not challenge the global dominance of the US dollar – nor is that its role.

But the EU can play a significant part in stability in Europe. The US had to wage two world wars and one long cold war, and for more than a decade a long, ‘minor cold war’ with Russia over Ukraine and Georgia. That’s four major conflicts in which the US had to intervene since 1917 on behalf of Free Europe.

A more successful and prosperous Europe, more united and capable of creating and keeping a stable order in Eastern Europe is in the American national interest. And be sure we cannot do that alone against Russia. We need an American-led NATO with a nuclear deterrent and the conventional capacity only America can command to contain Russia.

But the EU can do more. The euro is a tool we can use. Its adoption in Ukraine would force Russia to back off, cut its losses, and come back to the table.

The last US administration was happy to play Europeans. Supporting Brexit. Supporting some NATO allies against others in term of troop deployment. Fostering division as if the US would be an alien imperial power.

But it is the US which created the European Union in 1950s. Sure, the official narrative is different, but it was Truman, Marshall, and Acheson so much as Schuman, Monnet and Adenauer who created the fundamental framework of a US-style Union for American-liberated Free Europe, secured by NATO and united by the EU. It was the US that kept Europeans free during the Cold War. It was the US winning the Cold War, making Germany unity possible and fostering EU and NATO enlargement from 1999 to 2013.

But since 2014 – and especially since 2016 – America left Europe to the Europeans. Actually, to the Russians. And we lost a decade for that. Now America must support its NATO allies Poland, Romania, Czechia to join the eurozone. Let us together define a strategy to unseat the Russian asset Viktor Orbán from power in Budapest in 2022. In Warsaw and Bucharest, and especially in Prague following the defeat of the populist Andrej Babiš there is an opening for the euro, and the US has the leverage to have an impact. Support eurozone enlargement and the West, united and undivided, will be much stronger, capable to contain the authoritarian challenge posed by Russia and China.

Get all of the EU in NATO

Certainly, the EU is not the perfect ally. We have differences in perspectives and interests but fundamentally we are two main pillars of the Free World. Sure, the EU needs to take more responsibility, and this starts with the US recognising the EU as a peer.

Taking the EU seriously starts with inviting all of it to become a NATO ally. Around 93 per cent of EU citizens are NATO citizens already: Cold War compromises and leftovers of British colonialism cannot block a united West in NATO. It is time for all EU members and the EU itself to join NATO.

This will be taken very seriously by our opponents, as would free trade. Why does the US have an FTA with Nicaragua but not with EU? Why does the EU have an FTA with Vietnam and not with the US? How can we explain this to our voters and citizens? The pillar of the West taken hostage by agro-populism and protectionist pandering to anti-Americanism and anti-Europeanism.

The US should also stop bullying Europe on two per cent defence spending – focus on the euro first, and enlargement. Instead of the two per cent NATO defence budget target the US should focus getting the EU to offer Eastern Europe the euro, then building the dual-use rail, energy, motor and waterways infrastructure in Eastern Europe the American army, airforce and navy might need to defend Ukraine, Georgia, Finland, Estonia from Russian aggression.

We will not fight China nor project power to Asia or Africa anytime soon. NATO is a defence alliance against Russia. It was, is, and always will be.

Ukraine is now outside of Europe’s shield. What the EU and European NATO can and will do, if the US nudges hard enough, is to include Ukraine in NATO and the EU – starting with adoption of the euro – making Ukraine more prosperous and capable of defending Europe from Russia, backed by American technology and – if required – troops. The EU must ensure American troops can reach Ukraine in a reasonable timeframe and without bottlenecks. Ukraine and the Balkans in the EU, with European style infrastructure, will be expensive enough for European taxpayers: so please stop bullying us on defence budgets.

The equivalent in 2021 is the euro for Ukraine, Georgia, Moldova, Albania, Bosnia and North Macedonia and – post recognition of Kosovo – Serbia. Currency stability put post-war Free Europe and Free Asia back on track to win the Cold War, economically, not militarily. We can win the Second Cold War with Russia the same way: by making Eastern Europe – from Albania to Georgia – so rich and successful compared to authoritarian Russia that the choice is clear. The free world wins again during the 2030s.

Diffusing the power of Paris

An enlarged European Union is in the American national interest. An EU of 37, including nine new members and potentially open for a return of the UK in the distant future, is less French.

Having lost the the UK in 2016, the EU might lose France, a similarly problematic post-imperial power in decline. If the 2022 election might lead to Frexit or not remains to be seen, but a French Europe is anyhow not working nor acceptable to anybody. We need US support to enlarge the EU to diffuse French influence trying to drive a wedge between the twin pillars of the West, the US and EU.

More members diffuses the power of Paris. None of the nine new members will ever forget what France did to them from 2014 to 2022 and so all will vote for the pro-American transatlantic bloc in EU.

So please, get the three NATO allies Albania, Montenegro, and North Macedonia in the EU in 2024 and Kosovo, and Bosnia and Herzegovina, in NATO in 2023. Even Serbia, once it has recognised Kosovo and joined NATO, and ultimately Ukraine, Moldova and Georgia in the EU by 2029 is key for a better working EU no longer taken hostage by French protectionist, anti-American populists.

The euro is not alternative to EU enlargement, but key to making it happen, essential to accelerating it, and decisive for a better, richer and more pro-American Union.