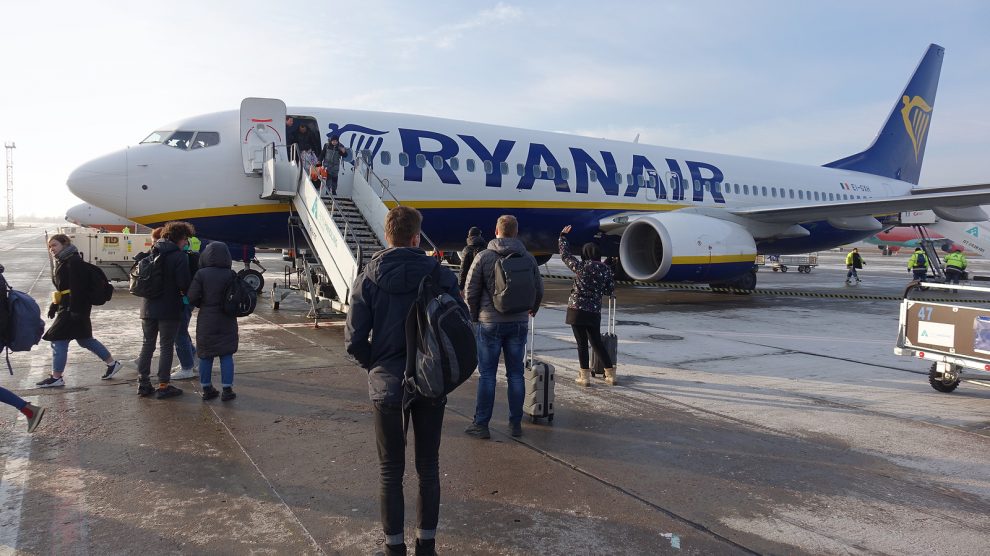 It will soon be easier – and cheaper – than ever to fly to and from Ukraine from the European Union.

The European Union has pledged renewed support for Ukraine to ensure that the country has enough natural gas to see it through the winter.

Speaking after a Ukraine-EU summit in Kyiv on October 12, European Commission President Ursula von der Leyen told Ukrainian President Volodymyr Zelensky that, “we will work closely with you to increase gas-supply capacity coming from member states of the European Union. This also includes the option of working on arrangements to reverse the flow of an additional gas pipeline from Slovakia.”

“Ukraine remains, and must remain, a reliable transit country” for gas supplies to Europe, she added.

Her words came just a week after the operator of the Russian-backed Nord Stream 2 gas pipeline announced that it had begun to fill one of its two pipelines with natural gas in order to carry out tests.

Ukraine – hitherto the main route for the transportation of Russian gas to Western Europe – is set to lose out on transit fees worth up to two billion US dollars per year when Nord Stream 2 begins operating at full capacity.

A long way to go

The latter is a key part of the deal struck by US President Joe Biden with Germany in May, in which he agreed to waive sanctions against firms building Nord Stream 2 in exchange for commitments from Berlin to invest in Ukraine’s energy industry and push the Kremlin to continue to export at least some gas through the country.

“Ukraine has gone a long way to go,” she said. “But I want to clearly state that we will continue supporting Ukraine’s efforts to see through major reforms. This entails reform of the judiciary, including the reform of the Constitutional Court as well as fighting corruption, and curbing the influence of oligarchs.”

Also signed was a civil aviation agreement, known as Open Skies, which is expected to open up Ukraine to more low-cost air routes and boost tourism.

Last month, Michael O’Leary, the boss of Europe’s largest low-cost airline, Ryanair, said that he expected to be “a major investor” in Ukraine when they join up to Open Skies.

O’Leary added that Ryanair currently operates from five Ukrainian airports on a bilateral basis but that there were as many as 12 suitable airports in the country.

The airline is also believed to be keen to operate internal routes within Ukraine.

Poland needs Ukrainians. It should do all it can to help them settle
Despite new Warsaw-Brussels feud, there will be no Polexit
Comment