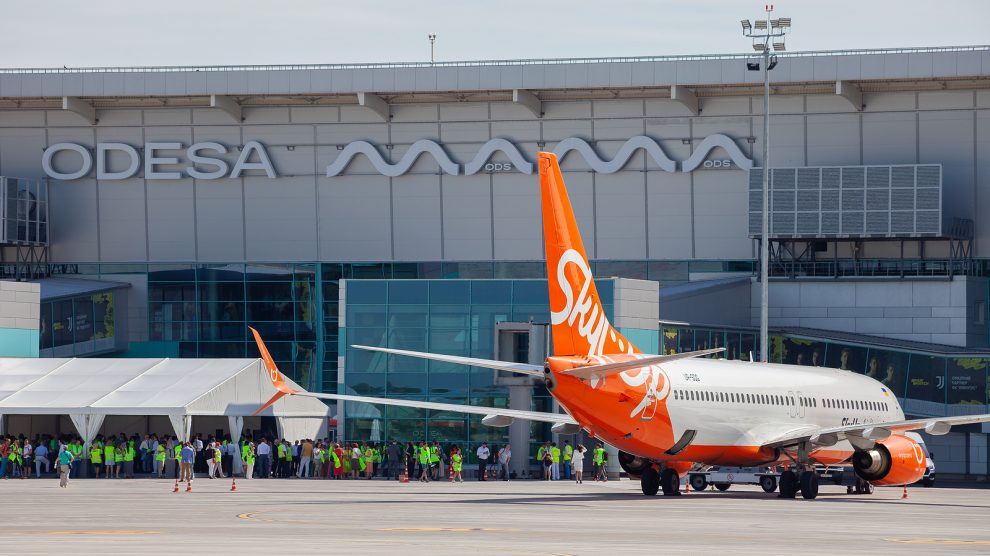 Ukraine’s membership of the Open Skies treaty looks set to boost tourism in the country and provide funds for a much-needed upgrade of airport infrastructure.

Travelling within Ukraine can be a little inconvenient. Many highways are surprisingly narrow and riddled with potholes. There is no high-speed rail in the country and existing rail lines often take convoluted, winding routes to service as many towns as possible.

That leaves air travel, which is significantly more costly than going by train or by car. And airports – outside of Kyiv Boryspil and Kharkiv International Airport – are humble in terms of size and amenities.

However, that all may be changing now that Ukraine and the European Union have made an agreement to essentially unify their airspace. Signing onto the Common Civil Aviation Area Agreement, known as the Open Skies treaty, is expected to provide a major boost to tourism in Ukraine, and have several knock-on effects.

“It means high standards of flight safety, new opportunities for citizens and businesses, more flights and a wider geography of travel,” according to Ukrainian President Volodymyr Zelensky.

Ukraine has been actively trying to sign onto the Open Skies Treaty since at least 2013. However, minor diplomatic spats – such as Ukraine’s stance on the status of Gibraltar – have prevented Ukraine’s accession to the treaty for years. The United Kingdom’s departure from the EU last year removed this obstacle.

Under the agreement, foreign airlines will be able to fly to and from (and between) Ukrainian airports without restriction. Prior to this, airlines needed government approval to fly certain routes. The approval process was often time-consuming and bureaucratic – furthermore, policies put in place to protect local air carriers meant that foreign airlines were often denied the chance to create routes between Ukrainian cities.

The agreement will also allow Ukrainian travellers to enjoy being protected by EU standards and regulations. For example, airlines will now have to compensate passengers for delayed or cancelled flights.

European low-cost airlines have jumped at the opportunity to penetrate a new market. Last month, in anticipation of Ukraine’s accession to the treaty, Michael O’leary, CEO of Ryanair, announced that he was looking to expand Ryanair’s operations in Ukraine, specifically mentioning his interest in servicing the flow of migrant workers from Ukraine to EU countries.

Barely a day after Ukraine signed onto the Open Skies treaty, Hungarian low-cost air carrier Wizz Air held a press conference announcing plans to create 26 new routes from Ukraine and to increase the number of its planes permanently stationed in Ukraine.

Within the tourism industry, people are optimistic about the ramifications of these developments.

“There will be more routes from Europe to Ukraine and vice versa, at significantly lower prices,” says Yulia Tolkachova, sales manager at tour agency Kiev Insiders. “This will give more people the opportunity to visit our country affordably. I also expect tourists to be able to travel more conveniently within Ukraine, if foreign low-cost airlines also choose to create domestic routes.”

Tolkachova believes that this will also open up less well-known Ukrainian cities like Dnipro and Kharkiv to international travellers, and possibly allow them to orient themselves to tourism.

Ukraine had already been enjoying something of an aviation boom since 2016, only interrupted by the Covid-19 pandemic. In the four years prior to 2020, Ukraine saw consistent growth in passenger traffic. Passenger volumes at Boryspil Airport – Ukraine’s largest international airport – skyrocketed from 8.65 million in 2016 to 15.26 million in 2019.

Another major milestone in Ukraine’s aviation boom was when Ukrainian citizens were granted visa-free travel to EU countries in 2017.

As such, Ukraine signing onto the Open Skies treaty can be seen as a continuation of its progress. If this development will also beget an increase in tourism, then Ukraine can continue reaping the benefits for years to come, not least as smaller airports are likely to gain access to much-needed funds for renovation and expansion.

However, not everyone in Ukraine is thrilled at the latest developments: Ukrainian air carriers in particular are unhappy.

They have pointed to part of the Open Skies agreement which stipulates that while foreign air carriers will have no restrictions when planning routes between Ukrainian cities, Ukrainian airlines travelling to EU countries still have to start and end their journeys in Ukraine.

“Ukrainian airlines are already operating under discriminatory conditions,” says Yevhenii Dykhne, president of Ukrainian International Airlines. “The additional opportunity for foreign companies to choose points of departure from Ukraine without restriction will add even more injustice to Ukrainian companies, who for some reason have not received such privileges for flights between European cities.”

However, a roundabout and rather underreported positive element of the agreement lies in Ukraine’s prospects of European integration. If the agreement does indeed bring the benefits many expect – such as a proliferation of tourism from Europe to Ukraine – it will improve perceptions of Ukraine among EU citizens.

Furthermore, if tickets to Europe become more affordable, more Ukrainians will have the opportunity to visit Europe.

As such, the Open Skies agreement looks set to have wide-reaching impact, both for individual Ukrainians and for Ukraine’s political trajectory. Local air carriers will also, at least in theory, be forced to provide better services at lower prices in the face of international competition.

All of this can only be beneficial for Ukrainians.