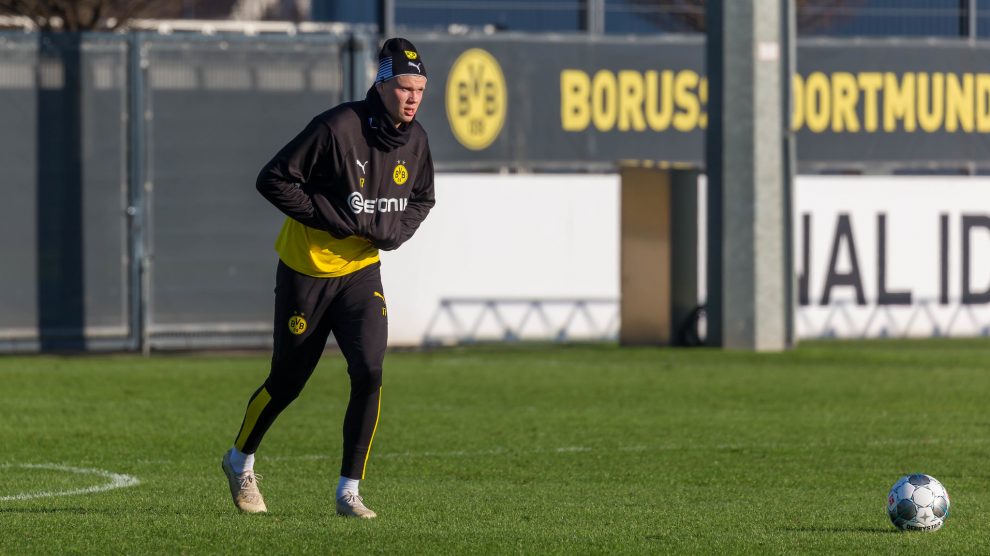 Criticism of Octavian Șovre, a Romanian referee who asked Borussia Dortmund star Erling Haaland for an autograph at the end of a Champions League match this week, appears to have been misplaced now that his motives have come to light.

Romanian assistant referee Octavian Șovre was the subject of ridicule on Tuesday night when he was caught on camera running down the players’ tunnel to ask Borussia Dortmund’s Norwegian star Erling Haaland to sign an autograph immediately after the end of Dortmund’s defeat to Manchester City in the quarter-finals of the Champions League.

He was called unprofessional – and much else besides. The gesture only seemed to compound the huge mistake that the game’s referee, Ovidiu Hațegan, another Romanian, had made when he disallowed a perfectly good Dortmund goal.

UEFA, European football’s governing body, called Șovre’s gesture “unacceptable” and has since sent out a reminder to all referees that they should remain professional at all times, telling them that they should not players and coaches once matches have ended.

“It’s a question of dignity. You demand respect from players on the pitch, so respect them off the pitch. Why ask them for autographs and shirts? Do they ask you for the same?”, said Roberto Rosetti, the head of UEFA’s referees.

Romania’s own football association has withdrawn Șovre from the team of referees that were set to officiate a match between Universitatea Craiova and CFR Cluj on Sunday.

For a good cause

Now, however, it is those who were quick to condemn and make fun of Șovre who look ridiculous. Yes, he was after Haaland’s autograph, but for a very good reason, and a very good cause: autism.

It has emerged over the past couple of days that Șovre has for several years been making use of his status as an international referee to collect the autographs of the world’s star footballers.

He then auctions them at charitable events in order to raise money for SOS Autism Bihor, and NGO which helps children and adults with autism in the west of Romania.

“These people need help all over Romania,” Șovre told the Romanian sports news website playsport.ro. “I have never spoken about my work [with SOS Autism] before, but as a person who believes that nothing happens by chance, maybe now was the time for the world to find out.”

Since the news of Șovre’s good work came to light, several Romanian stars of both past and present have come forward not only in vocal support, but with collector’s items for Șovre to auction so that more money can be raised for the charity.

Former Chelsea legend Dan Petrescu has donated one of his Chelsea shirts, while Ianis Hagi, who plays for Rangers in Scotland, has also made a donation.

“I found it highly inappropriate that he did it like that, in the tunnel, with players passing by. As a big fan of football myself, I could understand, but as a professional, I felt it added to the mistakes the referees made on the pitch. It also came at their first Champions League outing since Paris, in December, at the now infamous PSG vs Basaksehir game. But the morning after the game I felt really bad about my initial judgment, knowing the autographs will now go to charity. Even though I still believe the referee could have done it differently, I am sorry for judging him as I first did.”

As Roşu points out, Șovre is not the first Romanian referee to make the headlines this season. In December, Sebastian Colţescu was accused of directing racist language towards Pierre Webo, the assistant coach of Turkish side Istanbul Basaksehir who were playing Paris Saint-Germain (PSG) in a Champions League group stage game.

The match – at which Șovre was an assistant referee – had to be abandoned after the Basaksehir players walked off the pitch in protest.

Webo, a former Cameroon international, said Colţescu had disrespected him by referring to him as “the black one” and PSG’s players joined those of Istanbul Basaksehir in protesting. An investigation was launched by European football’s governing body.

While UEFA has since cleared Colţescu of any discriminatory behaviour, it nevertheless suspended the Romanian referee for the rest of the season.

UEFA said in a statement in March that Colţescu had been suspended for “inappropriate behaviour during a match for which he was appointed” and had been ordered to “attend an educational programme before June 30, 2021”.