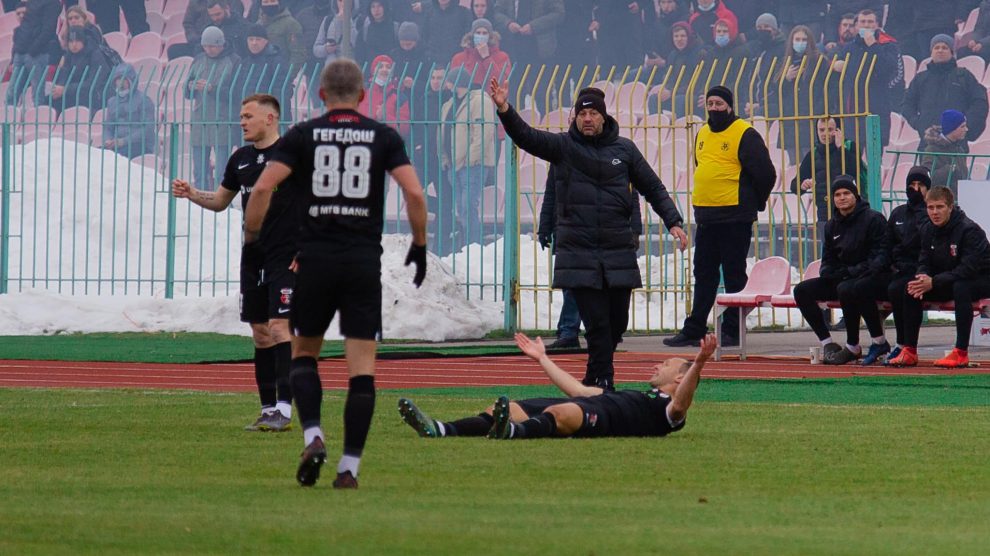 A football team from the Ukrainian town of Rivne is set for an IPO: the first in the country for 15 years. Besides providing a boost for the country’s stock exchange, it could also revolutionise the way Ukrainian football is run.

Veres Rivne, which currently plays in the second tier of Ukraine’s football league, is set to make history by becoming the first Ukrainian professional team to become publicly listed.

From April 12, shares in Veres will be available for purchase on the Ukrainian Stock Exchange. Half a million shares have been made available, at 100 hryvnia (roughly three euros) a piece. Based in Rivne, a city of 250,000 people in northwestern Ukraine, Veres is looking to become a pioneer in the Ukrainian football industry, which continues to be dominated by powerful oligarchs.

On March 16, club president Ivan Nadeyin, a Kyiv businessman, announced that the club plans to raise 50 million hryvnia (just over 1.5 million euros) by March 2022 and that the funds would be used to grow the club. This includes heavy emphasis on youth development and training infrastructure.

Mr Nadein, who currently owns 70 per cent of Veres, plans to buy 60 per cent of the 500,000 publicly listed shares to continue as the majority shareholder.

However, “all shareholders will be able to see what the club’s budget is, and what the money is spent on,” he says. “An element of transparency and accountability will appear.” Nadein also announced that businessmen from Rivne have pledged to invest one million hryvnia (roughly 30,000 euros) in the club.

Publicly traded football teams are common in Europe – the likes of Arsenal, Barcelona, AS Roma and Juventus are all listed on the stock market. In Germany, only non-profit fan associations are allowed to own majority shares in a club.

However, Veres doing so is novel and exciting in Ukraine. IPOs in general are rare on the relatively underdeveloped Ukrainian stock market – this will be the first in 15 years.

According to Ruslan Magomedov, chairman of the National Commission on Securities and Stock Exchange, Veres can “set an example for others willing to start trading on Ukraine’s stock exchanges” and “illustrate that Ukraine can handle a complicated procedure like an IPO.”

“There is now a huge group of investors in the country. Our fellow citizens are bringing money into the stock market.”

Ukraine’s largest telecommunications provider, Kyivstar, has been touted as another company which can potentially carry out a successful IPO, alongside postal service provider Novaposhta and medical clinic chain Dobrobut.

Ukrainian football has since independence has been dominated by oligarchs. While this has provided a few fortunate teams with big investments, such as Shakhtar Donetsk, owned by industrial magnate Rinat Akhmetov, the system is inherently unstable. Owners would often neglect youth development in favour of foreign imports, to the detriment of the national team.

Furthermore, such arrangements put clubs at the mercy of their financiers. In 2016, billionaire Ihor Kolomoyskiy stopped funding Dnipro Dnipropetrovsk, a relatively successful team based in Ukraine’s third-biggest city which had reached the Europa League final the previous year. By 2018, in the wake of enormous debts accumulated as a result of Kolomoyskiy’s abdication, Dnipro was relegated to the lowest tier of Ukraine’s football pyramid.

Other teams such as Metalurh Zaporozhie, Metalist Kharkiv and Arsenal Kyiv have gone by the wayside after their owners withdrew funding in the face of the economic downturn caused by the war in Donbas.

This makes the Veres experiment with the stock market all the more interesting and will be watched closely by other clubs.

Veres hopes that being publicly traded will provide it with a more stable source of funds and partly insulate it from the whims of individual owners or majority shareholders.

Furthermore, the plans to have a self-sustaining model based on youth development can give the club the means to raise even bigger sums of money in the future from player sales. A publicly owned football team – with the fans ideally having a major stake – also can bring the club closer to the community it represents, something very much needed in the highly corporatised modern football landscape.

Veres currently occupies third place in the Ukrainian First League (confusingly, the country’s second tier). As it stands, they have a real chance of gaining promotion and playing in the Ukrainian Premier League next season – where they will gain access to more lucrative sponsorship, advertising and broadcasting deals.

The club last played in the Ukrainian Premier League for the 2017-18 season, finishing sixth. However, due to a lack of footballing infrastructure in Rivne – there were hardly any training grounds and the city’s stadium was undergoing renovation – the team was based in Lviv. At the end of that season, the club was re-formed – as FC Lviv, based permanently in Lviv but using the same players.

A new Veres was then formed, backed by Nadein and based in Rivne, but had to start from the bottom of Ukraine’s football pyramid. The team’s progress since then has been impressive.

Football fans and stock market investors looking for something different might feel that they are worth a punt.