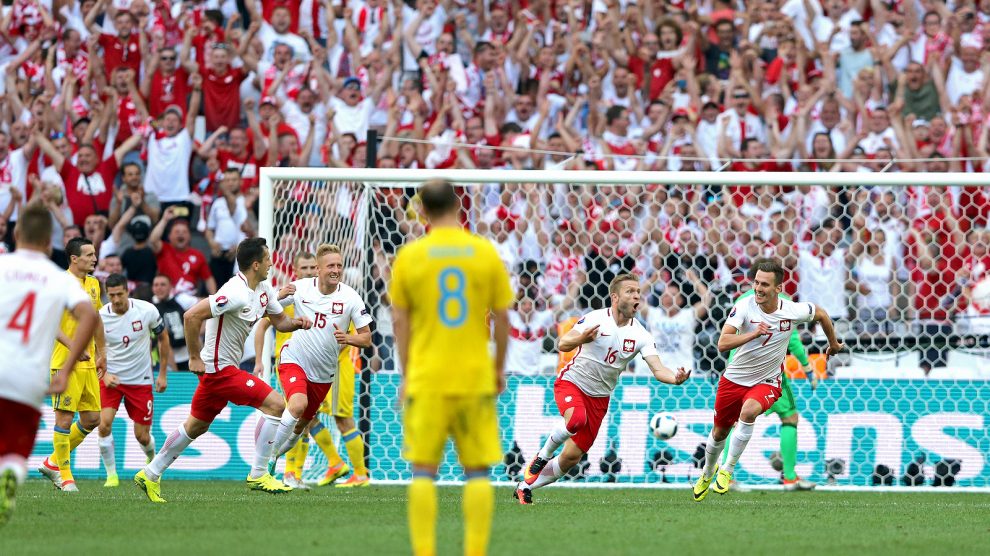 England host Poland in a World Cup qualifier on March 31, rekindling a football rivalry that stretches back many decades. While the English team will take a knee as part of an ongoing campaign against racism, Poland have yet to say if they will do likewise. Elsewhere, Spain and Kosovo meet in Seville with the visitors concerned that their hosts will not fly their flag or play their national anthem.

We don’t know if Poland’s captain Robert Lewandowski will bend his knee before his team’s clash with England on March 31 as we still don’t know if the Bayern Munich star will even be playing.

But eyes will be on the knees of the 11 Polish players picked to represent their country in the World Cup qualifier at Wembley: will they bend or not?

This after an interview with Zbigniew Boniek, president of the Polish Football Association (PZPN) with Sport.pl that only served the cloud the issue.

“I am absolutely against such actions. But I do not know if we will kneel with the English,” the ex-Juventus player and Poland’s star of the 1982 World Cup, said.

“So far, this topic has not appeared at the training camp. There were so many more important, more dangerous issues than this, which is the last topic that interests us.”

Boniek called the action a version of populism, adding that it “achieves nothing.”

“Footballers sometimes kneel, and if you asked some of them why they were kneeling, they wouldn’t even know,” Boniek added.

Poland’s national team currently has no black players and apart from Emmanuel Olisadebe in the late 1990s and early 2000s, non-white players have been few and far between. Polish football fans – like most others – have had their fair share of racists, but the problem has not been as prominent as in other Eastern European countries.

Lewandowski – and other Polish stars who appear in the UEFA Champions League – have taken the knee in the past when playing for their clubs and it was expected that the rest of the side would follow his lead, whatever he decided to do against England.

However, the captain picked up – ironically – a knee injury in Poland’s win over Andorra on March 28, and is unlikely to play.

Flying the Kosovo flag, or not?

Elsewhere, there is a football-related diplomatic row brewing between Spain and Kosovo.

The two countries meet in Seville on March 31, and there has been much uncertainty as to whether or not the Spanish Football Association (RFEF) will fly the flag of Kosovo or play the country’s national anthem.

Spain is one of five European Union member states (along with Cyprus, Greece, Romania and Slovakia) that continue to refuse to recognise Kosovo’s independence from Serbia, and when the two countries were drawn in the same World Cup qualifying group, the RFEF referred to Kosovo as a “territory”, provoking outrage in Prishtina.

The Kosovo Football Federation (FFK) went so far as to threaten to boycott the match unless it was offered the same courtesies as other countries.

Speaking to the AFP news agency earlier this week, however, Eroll Salihu, the president of the FFK, said that he has “received guarantees” from UEFA, European football’s governing body, that the standard protocol covering international matches will be respected, meaning Kosovo will be able to play its anthem and fly its flag in Seville.

Kosovo, which declared independence from Serbia in 2008, was granted full membership of both UEFA and FIFA (world football’s governing body) in 2016 and first appeared in competitive action in qualifying for the 2018 World Cup.

While UEFA deliberately keeps some countries apart when making its draws (such as Gibraltar and Spain, Armenia and Azerbaijan, Ukraine and Russia, as well as Kosovo and Serbia), Spain did not request an exemption from playing Kosovo.

What to expect from Armenia’s snap election
Romania, where Covid-19 restrictions are modest, but people protest anyway
Comment