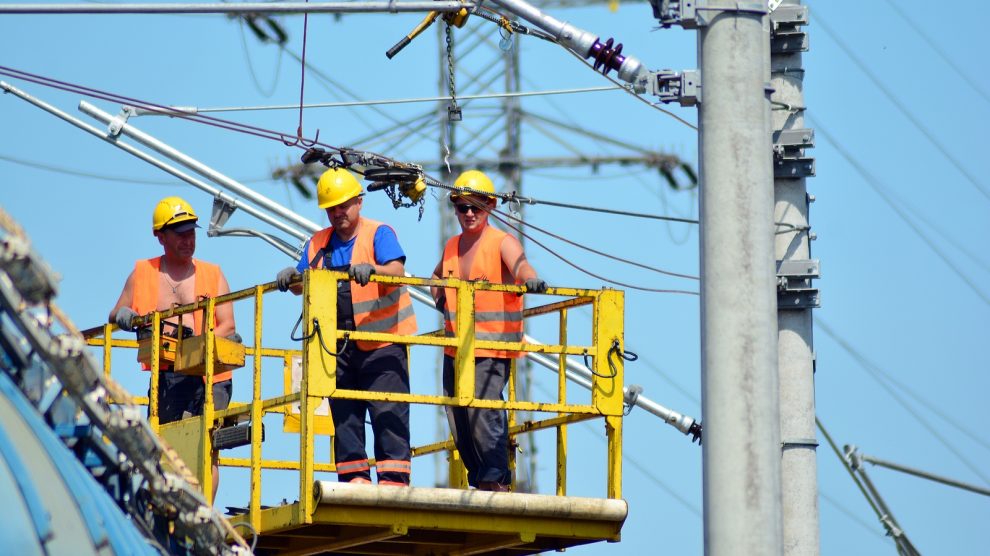 Hourly labour costs in Central and Eastern Europe are still less than half the EU average, but the region has been playing catch-up in terms of productivity in recent years. Are workers in line for a major pay rise?

According to data published recently by Eurostat, average hourly labour costs across the EU were an estimated 29.1 euros, slightly more (32.8 euros) in the eurozone.

However, most EU member states in Central and Eastern Europe continue to lag behind, and not by a small margin.

The lowest hourly labour costs in all of the EU were recorded in Bulgaria and Romania, at 7.0 and 8.5 euros respectively.

The figure was slightly higher in the Visegrád countries and stood at 10.4 euros in Hungary, 14.2 euros in Slovakia, 15.3 euros in Czechia, and 11.5 euros in Poland. In the Baltics, the numbers were similar with costs in Lithuania at 11.3 euros, 11.1 euros in Latvia, and 14.5 euros in Estonia.

In Croatia, hourly labour costs were 11.2 euros, with the highest costs in the region being found in Slovenia, at 21.1 euros.

At the opposite end of the EU labour costs spectrum, and in stark contrast to emerging European countries, were Denmark at 46.9 euros, Luxembourg at 43.0 euros, and Belgium at 41.6 euros.

Hourly labour costs are calculated by adding wages and salaries to non-wage costs, such as employers’ social contributions. Last year, the share of non-wage costs in total labour costs for the whole economy amounted to about one fourth in the region.

According to a spokesperson at the European Commission, there are many factors that play into labour costs. These include productivity and unemployment levels, prices and collective bargaining coverage.

“While it is true that in Central and Eastern European countries both productivity and prices are still below Western European levels, they are catching up at a continued pace,” the spokesperson tells Emerging Europe.

“Over time, this can put pressure on employers to increase wages and offer better working conditions in order to attract or retain employees.”

Things may be looking up in the region but according to Karolina Jurczak, job market and salary expert at HR consulting company Sedlak & Sedlak, Poland still ranks among the least productive countries in the European Union.

And yet, according to Marek Lewandowski, press secretary at trade union Solidarity, it would be wrong to blame Polish workers for this state of affairs.

“To explain this in simple terms, a German construction worker is given a digger to do his work, whereas his Polish counterpart gets a shovel,” Lewandowski tells Emerging Europe. “The Polish worker may still work hard but he will never get as much work done as even an inefficient German worker in a digger.”

“Polish people are synonymous with a high quality of work and efficiency, but they are only able to prove this when they work in the west of Europe,” Lewandowski says.

Another reason behind lower productivity in the region, Lewandowski claims, is the structure of the local economy.

“Poland serves as an assembly plant for international companies producing cars, household appliances and electronics, but these are not the type of jobs that could generate high incomes. It’s about time we started manufacturing highly-processed goods driven by our own technical thought,” Lewandowski concludes.

More to it than just productivity

According to the International Labour Organisation (ILO), there’s much more to wage growth than just labour productivity.

“Since 2008, a gap has been observed in high-income countries between wage growth and productivity growth. This indicates that growth in productivity is not fully translated into pay rises,” an ILO spokesperson tells Emerging Europe.

To make sure that worker bargaining power does not erode any further, local trade unions have been busy campaigning for a rise in wages that would keep pace with the region’s economic growth.

“One of the ways we can leverage that is through continued pressure on the government to raise the minimum wage,” says Piotr Ostrowski, vice-chairman of the All-Poland Alliance of Trade Unions.

“But it goes without saying that what the country really needs is a rise in salaries as such, not just the minimum wage,” Ostrowski tells Emerging Europe.