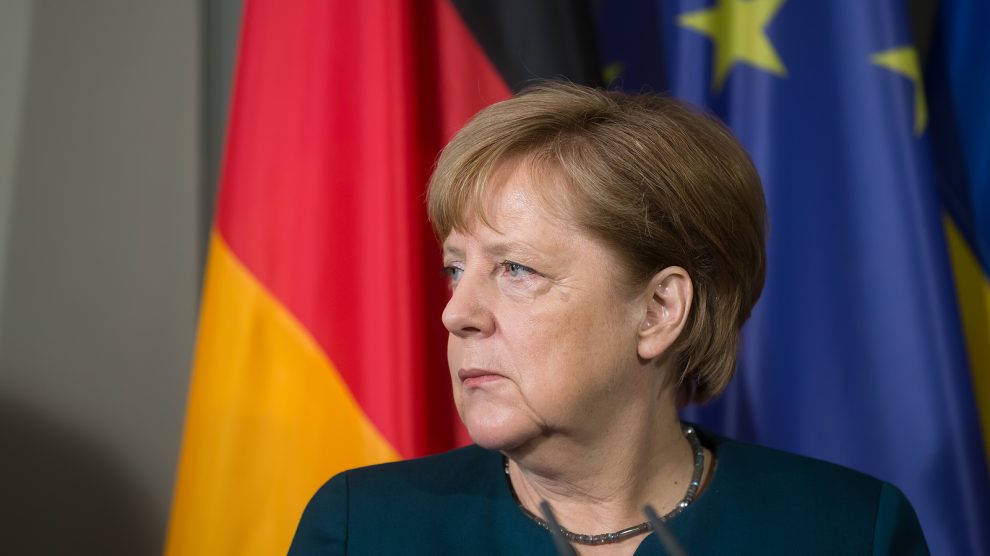 Angela Merkel’s retirement from frontline politics presents a huge opportunity for a charismatic, pragmatic and consensus-focused leader from Central and Eastern Europe to become the EU’s galvanising figure. Few would currently appear to have the credentials necessary.

Her centrist, consensus-based approach and awareness that decisions taken in Germany can impact the entire European Union has kept the European Union from becoming overly fragmented, despite the many threats it has faced during her time in office, from the global financial crisis of the late 2000s to the very real possibility a decade later of Greece, and subsequently Italy, having to pull out of the eurozone.

But in a month or so Germany will have a new chancellor, probably at the head of a relatively weak coalition government.

Regardless of whether that chancellor is Merkel’s preferred successor, the CDU’s Armin Laschet, current favourite Olaf Scholz of the SPD or the Green candidate, Annalena Baerbock, their clout in Europe will be just a fraction of Merkel’s.

A major reset at the heart of the European Union is therefore in the offing. But with the UK gone, Italy’s impressive prime minister Mario Draghi currently focused on (successfully, so far) rebalancing Italy’s troubled economy, and French President Emmanuel Macron facing an election next year he is far from guaranteed to win, who will lead that reset?

It therefore strikes me that that there is a real opportunity here for the balance of power in the European Union to shift eastwards. Alas, a look at the current state of the EU’s central and eastern member states suggests that it is an opportunity that will go begging.

Poland, the largest country in the region and the fifth largest in the bloc would usually be the prime candidate.

But Poland’s stock in Brussels, despite its strong economy, has arguably never been less valuable. Repeated confrontations with the EU over controversial reforms to its justice system, as well as the ruling Law and Justice party’s cultural war against perceived threats to what it calls “Europe’s Christian tradition”, such as LGBT+ rights, have left it bereft of allies at the heart of the EU.

That its prime minister, Mateusz Morawiecki, often gives the impression of not being fully in charge (the leader of Law and Justice, Jarosław Kaczyński, is widely believed to be the power behind Poland’s throne) hardly helps his cause. The new driving force of the EU he is not.

Neither is Hungary’s equally eurosceptic prime minister, Viktor Orbán. His Fidesz party has mimicked – and over the past two years arguably surpassed – Law and Justice in waging a pointless culture war against non-existent threats, damaging his, and Hungary’s, relationship with Brussels.

Romania, the EU’s sixth largest country and another potential powerhouse, is currently ruled by an ineffectual coalition government beset with infighting.

The largest of the parties in the coalition, the PNL, has spent the past six months tearing itself apart ahead of an internal election to choose a new leader later this month, leaving the country to all intents and purposes run itself (which partially explains why the country’s vaccination campaign has ground to a complete halt).

The prime minister, Florin Cîțu, likely to also become party boss, has faced calls to resign after it emerged he was arrested for drunk-driving while a student in the United States. Besides, any ambitions Cîțu may have to become a player on the European stage are handicapped by the fact that it is the country’s president, Klaus Iohannis, who attends European Council meetings, despite having little real power in Romania itself.

There is still time

Nor do any of the EU’s smaller central and eastern states look capable of stepping on to the larger European stage.

Czechia’s Prime Minister Andrej Babiš is the subject of an investigation into the misuse of EU funds, Bulgaria currently has a caretaker government with no resolution to its political crisis in sight, Slovenia has made little use of the EU presidency (which it currently holds) to further its own cause (or that of the Western Balkans as a whole), Croatia is under EU scrutiny for its repeated pushback of refugees, Slovakia’s coalition is shaky, and the three Baltic states are arguably too small to take a leading continental role.

(Which is a shame: an EU with forward-thinking and digitally-minded Estonia at the helm would be a welcome breath of fresh air).

It is too soon to write the region off entirely, however.

Law and Justice could be gone by 2023, Orbán as soon as next year, Babiš in October. Brussels-friendly administrations in all three could herald a realignment around the Visegrád Four (which also includes Slovakia) and a relaunch of the European Union as a truly pan-continental project.

The breach left by Merkel’s departure will take several years to fill. If only Central and Eastern Europe could put its own house in order, it has a real opportunity to shape the EU for decades to come.

Migrants are not weapons: Stop viewing them as such
Poland and/or Hungary leave the EU? Don’t be silly
Comment