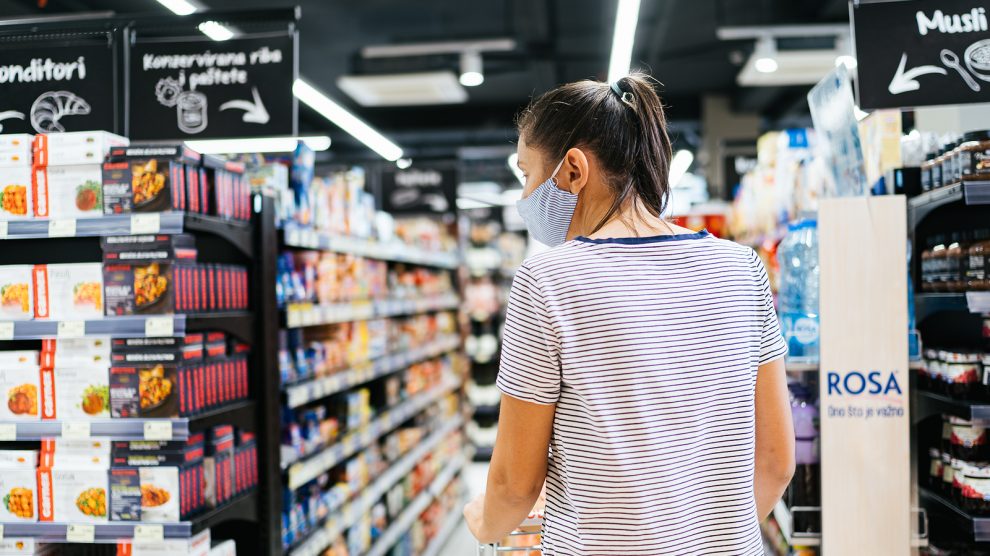 Montenegro, which unilaterally adopted the euro in 2002, might – somewhat ironically – have to introduce its own currency before it can join the European Union.

Montenegro’s history of currency substitution, often called dollarisation or euroisation, the practice of unilaterally adopting the currency of another state, or – in the case of the euro – a monetary union, now dates back over two decades.

When Montenegro introduced the euro as its official currency in 2002 it did so without the agreement of the eurozone and the European Central Bank.

Previously, however, in 1999 Montenegro had introduced the German Deutschmark as a parallel currency to the Yugoslav dinar in order to prevent another bout of hyperinflation, part of what Jelena Dzankic, a professor at the European University Institute in Florence, calls “creeping independence”.

“The Central Bank of Yugoslavia was printing dinars to finance military operations in Kosovo,” she tells Emerging Europe.

In November 2000, Montenegro made a full switch to the Deutschmark, dropping the dinar entirely, and subsequently to the euro in 2002.

“Neither currency was/is legal tender in Montenegro, but were/are used as de facto currency,” she says.

Kosovo has followed a similar path, also adopting the euro in 2002 to replace not the dinar, but the Deutschmark.

Like Montenegro, it continues to use the euro to this day.

“Economists Rudy Weissenbacher and Joachim Becker state that the ‘political elites in these countries (Kosovo and Montenegro) had discreet support’ from the big international and geopolitical players, which led to ‘systematic isolation from Serbia’,” Danijela Jacimovic, professor at the Economic Faculty at the University of Montenegro, tells Emerging Europe.

She adds that most EU bodies have so far shown understanding.

“The adoption of the euro without an agreement with the European Central Bank (ECB) was later acknowledged by the European Commission, which recognises that it was due to the ‘extraordinary circumstances’ present in the country at the moment of its introduction.”

Dzankic, however, also highlights the potential problems this could create in terms of Montenegro’s ambitions to join the EU.

“Montenegro is not bound by convergence criteria,” she says, “a problem that has been raised by the ECB.”

Convergence criteria are a set of economic indicators that European Union member states must fulfil in order to enter the eurozone, and that they must continue to respect thereafter.

For the ECB, the absence of convergence criteria is a problem.

“The ECB still supports the view of the Economic and Financial Affairs Council (ECOFIN), adopted in 2000, that unilateral euroisation is not compatible with the [Maastricht] Treaty and cannot be a way to bypass the convergence process foreseen by the Treaty for the adoption of the euro,” an ECB spokesperson tells Emerging Europe.

“This is certainly something that will be on the negotiating table, where I assume issues related to the implications on financial stability will have to be looked at in more detail,” says Dzankic, pointing to what several other regional scholars have previously suggested: that Montenegro (and Kosovo, when its time comes) may face serious problems related to its use of the euro as it makes further progress towards EU membership.

However, despite the ECB’s firm stance, other EU bodies have yet to show much interest.

As such, others, including Rudy Weissenbacher of the Institute for International Economics and Development at the WU Vienna University of Economics and Business, are sceptical as to whether any action will be taken to force Montenegro into changing its currency any time soon.

“I do not know if there are plans to force Montenegro to adapt its own currency. It would seem strange to me, especially when the euroisation process in the former Yugoslav region has been taking place anyway,” he tells Emerging Europe.

Is the euro the real issue?

Similarly, Jacimovic believes that Montenegro’s usage of the euro is not all that different from the process of newer EU members in Central and Eastern Europe adopting the currency.

“These two groups of states have had more or less the same problems, including a weak internal base, weak institutions, low-level competitiveness, and issues with the current account balance,” she says.

As such, Jacimovic is almost certain that Montenegro will not going to be adopting it own currency any time soon.

She asserts that, “after close to 20 years of using the euro, and all the accompanying challenges, it is hard to believe that some action would be taken to stop Montenegro from using the currency or to interfere with Montenegro’s EU accession.”

Rudy Weissenbacher meanwhile wonders if the euro is something of a red herring.

“I am not sure if it is precisely this currency issue that is the main obstacle to Montenegro’s EU membership,” he says, referring to the swarm of domestic, regional, EU-related, and geopolitical factors exacerbating EU enlargement fatigue.

As Danijela Jacimovic concludes, the case of Montenegro (and, indeed, Kosovo) is unusual and the EU will need a “special approach” to handle it properly.

“But then the accession process of the Western Balkans is a special case anyway,” she says.

As EU celebrates vaccinating 70 per cent of adults, its East-West divide grows wider
The five key items on the agenda at Biden-Zelensky summit
Comment