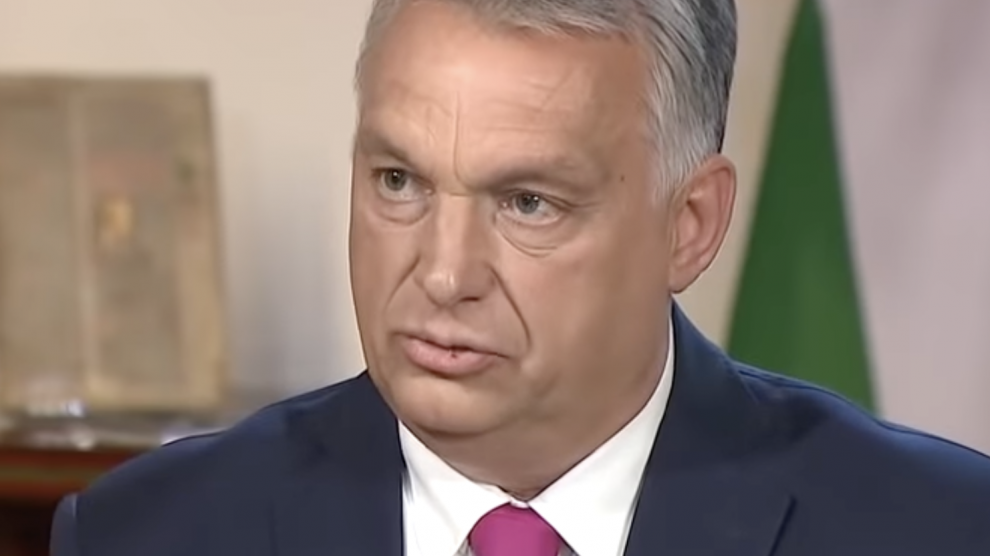 The populist American far-right political commentator Tucker Carlson recently visited Hungary in a public show of support for the country’s prime minister, Viktor Orbán. But the two are not as similar as they would first appear.

Described in international media as a far-right convention, some of the topics on the agenda included commending Hungary’s “great media freedom”, its tight border controls, and ability to prevent “degrading sexual behaviour”.

“If you care about western civilisation and democracy and families and the ferocious assault on all three of those things by the leaders of our global institutions, you should know what is happening here right now,” Carlson said, praising Prime Minister Viktor Orbán’s decision to prevent refugees from seeking asylum in Hungary as well as his government’s attempt to encourage ethnic Hungarians to have more children.

Carlson also hosted a special edition of his enormously popular show in Budapest, with the Hungarian capital’s magnificent cityscape in the background. An interview with Orbán, recorder earlier in the month, has already been viewed by more than three million people on YouTube and has received an overwhelmingly positive response from audiences in Central and Eastern Europe, and in the United States.

On the surface, the ideology of American far-right populists such Carlson and those from Central and Eastern Europe appear similar: anti-establishment, anti-globalisation, ethno-centric and traditionalist.

But to what extent are the two the same? And has one inspired the other?

“Far right cultural icons, such as Tucker Carlson, are invited to Hungary to provide a sense of international legitimacy for the Orbán regime that tends to portray itself as representing an alternative to allegedly declining western political institutions and values, amidst increasing isolation among western governments,” Zoltán Ádám, professor of economics at Corvinus University of Budapest, tells Emerging Europe, emphasising that the views expressed are his own and do not reflect those of his university.

“In Central and Eastern European countries, the states that suffered the most because of the Soviet occupation and communist dictatorship, the Hungarian approach is very popular. Others may be more moderate, but they belong to the same political family,” Orbán said during his interview with Carlson, emphasising his ambitions for Hungary to represent an example for other countries in the region to follow, while also suggesting that western states could also follow his lead:

“In western society, there are a lot of people, millions and millions of people, who disagree with policies against the family and on migration. The political argument is not yet over in these societies. I can see them changing their policies.”

However, Bojan Bugaric, professor of EU law at the University of Sheffield, tells Emerging Europe that there are “differences between populism in the East and West”.

“The new populism in Eastern and Central Europe differs from other populisms because it combines the elements of populism, ethno-nationalism, and authoritarianism. While ethno-nationalism is present in most of Western European cases, it is the third element, authoritarianism, which sets Eastern and Central European populism apart from other European cases,” Bugaric argues in his 2019 paper on the topic.

“Authoritarianism in the Eastern and Central European context does not mean only the adoption of certain authoritarian values, such as stringent security, intolerance of multiculturalism, and pluralism, but also a style of governance that attempts to circumvent the rule of law and democratic norms in favour of centralised authority and limited political freedom,” says Bugaric.

Dóra Győrffy, professor of economics and the economic policies of the European Union at the Pázmány Péter Catholic University in Hungary, similarly believes that right-wing populism represent different political ideologies in the West and the East.

“The democratic decline in the Central European region had been going on well before anybody in the West took notice,” she tells Emerging Europe.

According to Győrffy it was the mainstream European right that allowed problematic right-wing parties in Central and Eastern Europe to hinder the democratic progress made by most countries in the region throughout the early 2000s.

With regards to right-wing populism in the United States, she argues that it aided the democratic deterioration of the region not ideologically but simply as a consequence of Donald Trump’s policy of “non-interference”.

Another, key point of divergence between the populism represented by Carlson and Orbán stems from the fact that their outlook on the international world order is not as uniform as it may at first appear.

Carlson – and others who share his views – see China as a threat, just another globalising power.

Orbán however, while describing his party’s policies as “pro-American, pro-NATO, western-oriented”, has far more agreeable attitude towards Beijing.

“This is a transaction in political capital in which both the host and the visitor reinforce each other,” Ádám says, referring to the Carlson-Orbán interview. “The problem, however, is that they have differing views on a number of important issues, such as, for instance, the global role of China.”

While Carlson attempted to offer Orbán an easy and flattering interview, one question – in which the American host referred to Chinese President Xi Jinping as a leader who has “murdered many of his political opponents” – stumped the Hungarian prime minister.

It was removed from Hungarian transcripts of the interview.

“Their effort to create an alliance is understandable as both Trumpism and Orbán can use international allies,” says Győrffy. “But there are important issues which separate them, such as the relationship with China. It is exactly these kind of differences that have led to the far-right parties in the European Parliament failing to create a unified political group.”

Furthermore, he adds, the impact of Carlson’s visit was not what it might have once been.

“Tucker Carlson’s visit this summer took place at a time when Trumpism in the US is in decline and Orbán faces international isolation and a united opposition for the next elections in 2022.”

A last hurrah for both, perhaps?