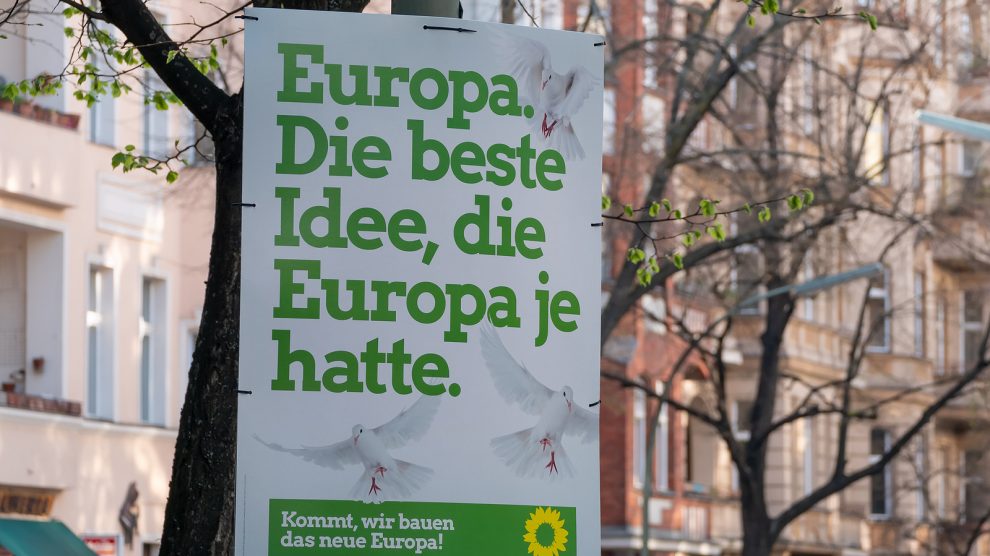 Germany, the largest trading partner for most countries in Central and Eastern Europe and home to millions of people from the region, will hold parliamentary elections next month.

After 16 years of leading her nation, German Chancellor Angela Merkel is stepping down.

Her centre-right party, the Christian Democratic Union (CDU) – now led by Armin Laschet – currently leads in most opinion polls, but with support down at around 23 per cent, there is no longer any guarantee that Laschet will be the next chancellor, nor even that the CDU will be part of Germany’s next government.

Traditionally the CDU’s main competitor, after a long spell in the doldrums the centre-left Social Democrats (SPD), led by Saskia Esken and Norbert Walter-Borjans, are closing the gap to the CDU, with polls now suggesting it could be the choice of 21 per cent of Germans.

The German Greens meanwhile, who earlier this year briefly topped the polls, have seen support slump in recent months to around 19 per cent following a series of highly-publicised gaffes by the party’s candidate for chancellor, Annalena Baerbock.

Nevertheless, it is likely presence of the Greens in Germany’s next government – be it in coalition with the CDU or SPD – that will have the most impact on Central and Emerging Europe.

Earlier this year, the Greens raised eyebrows across the world – as well as hope in Poland and Ukraine – when the party promised to halt construction of the Russian-backed Nord Stream 2 gas pipeline.

The controversial project will double the volume of natural gas transported from Russia to Germany and has faced criticism from Poland, Ukraine and at times the US, amongst other states and organisations, for undermining Europe’s energy independence and its commitment to diversifying energy sources.

“While the Greens are very likely to be part of the next German government, they will have to form a coalition with two or even three other parties. So they will have to compromise on their tougher human rights stance, particularly if the Left will be part of this coalition,” Tanja Börzel, a professor at the Berlin Centre for European Studies of the Freie Universität Berlin, tells Emerging Europe.

“Despite the rhetoric of some parties to the contrary, it is unlikely that any new German government will re-open the topic,” he tells Emerging Europe.

He says that the recent agreement between the Merkel government and US administration of Joe Biden to unblock construction of Nord Stream 2 has settled the issue, “as far as most German policy-makers are concerned”.

On August 18, it was announced that Nord Stream 2 was now 99 per cent complete and would be fully complete on August 23.

The previous day, Russian Foreign Minister Sergey Lavrov had said that while western countries “will certainly” make attempts to undermine the Nord Stream 2 project, “they are all doomed to failure, since it has already been implemented”.

News agency Reuters meanwhile has suggested that if the Greens are not willing to compromise on Nord Stream 2, they might not be able to form a coalition with their most likely partner, the CDU, which remains a committed advocate for the project.

While the Green party’s opposition to the construction of Nord Stream 2 is partially linked to the pipeline’s environmental impact, the party has also made it clear that it intends to be tough on Russia over human rights concerns.

“The Greens put more emphasis on human rights than the other mainstream parties, which might affect Germany’s approach to Russia, and to a lesser extent, Poland and Hungary,” argues Börzel.

“The stronger the Green party becomes and the more they are in charge of foreign policy in a future German government, the more critical the new government will be toward Russia and the more sympathetic to Ukraine. Poland is a mixed bag, given its current leadership,” adds Risse.

Baerbock has criticised Merkel for her soft approach to China and Russia: “you have to seek dialogue where possible, but show toughness where needed”, she told the Financial Times in a recent interview.

“On Nord Stream 2, the project is done and has the backing of the Biden administration. The question rather is to what extent the future German government is willing to use Nord Stream 2 as a lever on [Vladimir] Putin regarding his role in Belarus and Ukraine,” Börzel says, alluding to the prospect of Germany using the pipeline to exert greater influence over Russia’s activity in Eastern Europe, rather than the opposite.

“After all, Russia depends more on gas exports to Europe than Europe depends on gas imports from Russia,” Börzel explains.

However, the Greens’ tough stance in regards to ensuring that human rights are a top priority extends not just to established authoritarian states which the Germany already perceives as a security threat, such as China and Russia.

“If the Green party comes out strongly in the elections and if it will participate in a future German government, the more it will try to change Germany’s stance with regard to human rights and the rule of law. This will then amount to a more critical stance toward Hungary, Poland, and other countries with autocratic leaders,” says Risse.

“If the Green party enters the new government, it could give the EU a much-needed sharper and more principled approach to defending human rights. This is part of the Greens’ agenda,” argues Judy Dempsey, a senior fellow at Carnegie Europe and editor in chief of Strategic Europe.

“It would also demonstrate to the EU’s eastern and southern neighbours that contesting human rights is not a given,” Dempsey adds, suggesting that the EU’s recently escalated push to tackle deteriorating democratic standards within the EU would be here to stay: if the Greens form part of Germany’s next government.

Is pan-Turkism about to spark a new ‘Great Game’?
Real estate prices in Kyiv are soaring
Comment