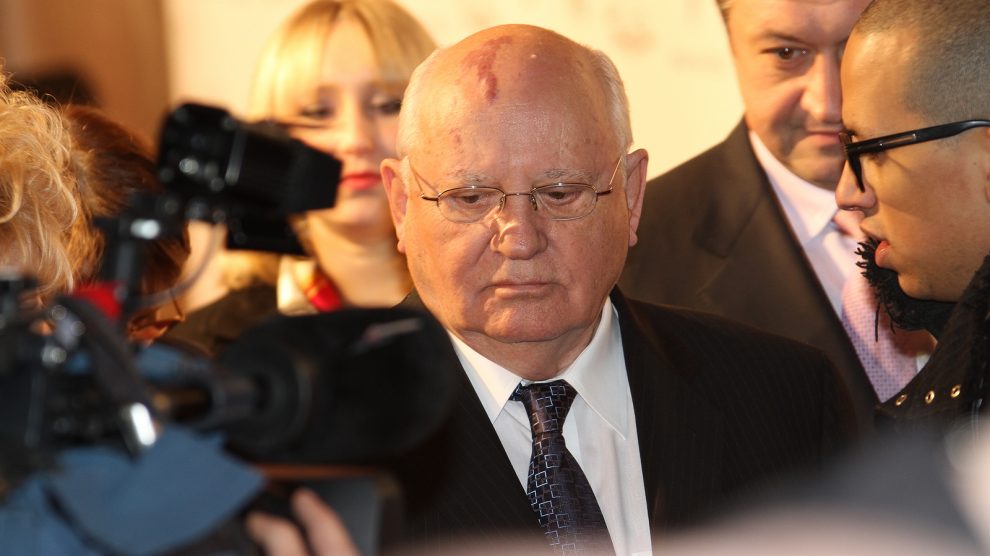 The West’s reaction to the death of Mikhail Gorbachev this week has once again brought into focus its ignorance of modern Eastern European history.

For Ursula von der Leyen, president of the European Commission, the former Soviet leader Mikhail Gorbachev, who died on August 31 at the age of 91, was a “trusted and respected leader” who played a crucial role to end the Cold War and bring down the Iron Curtain.

President of the European Council Charles Michel meanwhile was even more effusive in his praise, hailing Gorbachev as, “a man who dedicated his life to public service with a deep commitment to peace and freedom”.

President Joe Biden led the tributes from the United States by saying Gorbachev was a man of “remarkable vision”, and that he was held in high esteem for leading his country on the path to reform.

António Guterres, general secretary of the United Nations, said Gorbachev was a “one-of-a kind statesman who changed the course of history”.

“The world has lost a towering global leader, committed multilateralist, and tireless advocate for peace. I’m deeply saddened by his passing,” he added.

A legacy of brutality

In the now independent republics of the former Soviet Union, where people actually lived under Gorbachev, he is remembered very differently.

When thousands of protesters took to the streets in then Soviet Kazakhstan in 1986, Soviet and local forces reacted with brutality, leaving an estimated 200 people dead. No official death toll has ever been made public.

In January 1991, Gorbachev sent in the military to suppress anti-Soviet protests in Lithuania and Latvia. Seven people lost their lives on the barricades in Riga, and another 14 were killed by Soviet troops while defending a TV tower in Vilnius.

Ten months earlier, on March 11, 1990, Lithuania had declared its independence: the first of the Soviet republics to do so.

Lithuanians had been encouraged by Gorbachev’s 1989 repudiation of the so-called Brezhnev Doctrine of 1968, which had stated that the Soviet Union was justified in using force to preserve communist governments.

Lithuanians took Gorbachev’s change of position as a signal that a declaration of independence would be accepted by Moscow. However, they misread Gorbachev’s intentions. The Soviet leader was willing to allow to the creation of non-communist governments in its satellite states, but the policy did not apply to the republics of the Soviet Union itself.

Lithuania has since designated January 13 as Freedom Defenders Day, paying tribute to the unarmed civilians who stood against elite Soviet forces in Vilnius.

In March 2019, Lithuania sentenced 67 Russian, Belarusian and Ukrainian citizens for war crimes and crimes against humanity committed that night. Dmitry Yazov, 94, a former Soviet defence minister, was sentenced to ten years in prison in absentia.

Mention of the killings in Kazakhstan, Georgia, Latvia and Lithuania were notably absent from the hundreds of statements made by Western leaders in response to Gorbachev’s death this week.

Prominent leaders from the Baltic states were quick to condemn this rush in the West to overlook Gorbachev’s crimes.

Comments by Lithuanian Foreign Minister Gabrielius Landsbergis on Wednesday made clear his (and his country’s) view towards Gorbachev’s legacy.

“Lithuanians will not glorify Gorbachev. We will never forget the simple fact that his army murdered civilians to prolong his regime’s occupation of our country. His soldiers fired on our unarmed protestors and crushed them under his tanks. That is how we will remember him,” he said.

In Latvia, President Egils Levits was at pains to remind the world that the Soviet republics regained their independence “against Gorbachev’s will”.

Indeed, Gorbachev’s legacy for being the initial impetus for the demise of the Soviet Union, insofar as that is viewed as a positive historical development in the West, depended in large part on serendipity, says Marcia Beck, a political science lecturer in the University of Miami College of Arts and Sciences.

“A charismatic Polish Pope, a courageous Solidarity reform movement, an unstoppable Boris Yeltsin, and a chain of events that took on a life of their own.”

“The Solidarity movement had a huge impact on rising independence movements – it showed the citizens of Soviet satellite states the power they had against their regimes if they banded together to fight for the cause of independence,” Beck explains.

“The movement also indicated to Soviet leaders that they were not going to be able to put the independence genie back into the bottle and that repression would no longer work in the ways it had before,” she adds.

“To Gorbachev it meant that he was no longer completely in control of the reforms that he had initiated.”

Gorbachev never set out to grant the Soviet Union’s republics their independence. That they managed to achieve independence was in spite of him, not because of him. That he liberated millions (as suggested by The Economist) is to deny the people of the Soviet republics agency. He liberated no one. This appears to have been sadly forgotten in the rush to shower him with praise for his role in ending the Cold War.

Peace in Ukraine will be on Kyiv’s terms, not Moscow’s
Yes, we must help Ukraine win the war, but then we must step aside
Comment