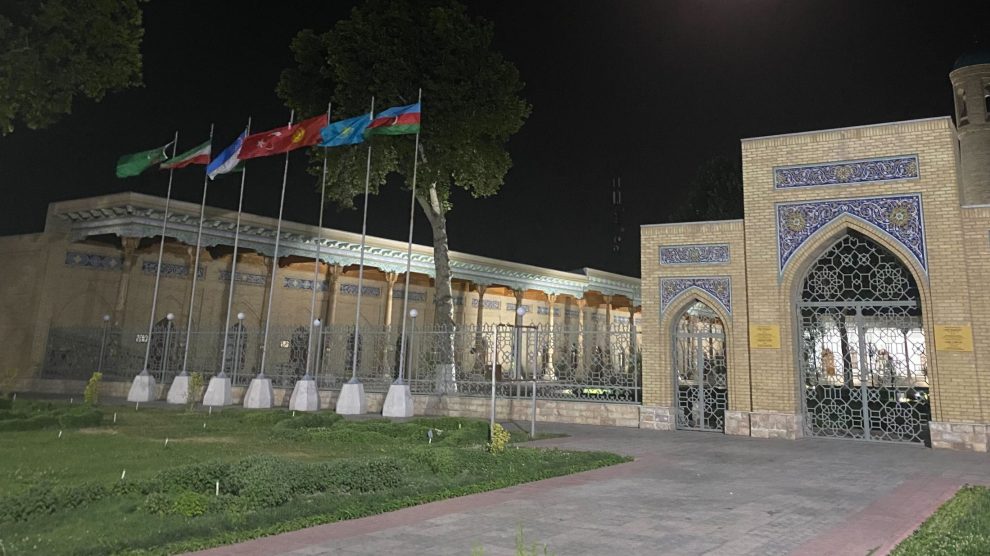 Hungary is leading European engagement with Turkic nations, with its motives rooted in a nationalist narrative that benefits Hungarian Prime Minister Viktor Orbán.

In mid-November 2022, the leaders of Azerbaijan, Turkey, Uzbekistan, Kazakhstan, Kyrgyzstan, and Turkmenistan convened in Samarkand for a summit of the Organisation of Turkic States (OTS) -previously known as the Turkic Council.

These leaders were joined by another head of government not from Central Asia, but from Central Europe: Hungarian Prime Minister Viktor Orbán.

In what may initially seem like a head-scratching move, Hungary became an OTS observer state in 2018. Since his party, Fidesz, came to power in 2010, Orbán has pursued an “Eastern Opening” policy to promote trade and economic partnerships with Russia, Turkic nations, and South and East Asian countries.

Orbán’s office says that annual trade between Hungary and OTS states doubled between 2010 and 2019 to four billion US dollars. According to the Hungarian Minister of Foreign Affairs and Trade Péter Szijjártó trade between Hungary and Uzbekistan amounted to 110 million US dollars in 2021 and increased 48 per cent in 2022. Bilateral trade with Kazakhstan has also drastically increased in recent years, and an intergovernmental partnership supports 1,000 Kazakh students studying in Hungary.

Orbán subscribes to a pseudoscientific cultural movement – Hungarian Turanism – contending Hungarians are descended from Turkic Central Asians. He has called Hungarians “Kipchak Turks,” referring to a medieval confederation of Turkic nomads in the Eurasian Steppe. Hungary Today has reported Orbán as saying, “Hungarians consider themselves late descendants of Attila, of Hun-Turkic origin, and Hungarian is a relative of Turkic languages.”

Not a Turkic language

Hungary and the Ottoman Empire shared a border for centuries and the Hungarian language picked up some Turkic loan words, but Hungarian is in the Uralic language family and is closer to Finnish and Estonian than any Turkic language. The idea that Huns were Turkic is disputed by most academics.

The widely-rejected ethnolinguistic theories shared by Orbán originated in the 18th and 19th centuries. After the World War I, Hungarian Turanism was incorporated into the ideologies of far-right ethnonationalist movements. Many of its proponents synthesised it with fascism and anti-Semitism.

The Nazi-allied Arrow Cross party, which ruled Hungary for parts of 1944 and 1945 and killed hundreds of thousands of Hungarian Jews, embraced the idea of a Turanian-Hungarian master race. Hungary’s Communist regime suppressed Hungarian Turanism, but its fall prompted a revival. The Great Kurultáj, a yearly meeting of Eurasian horse-riding nomads organised by the Hungarian Turan Fund, has been hosted in Bugac, Hungary, since 2008. Both Fidesz and Jobbik, a large right-wing opposition party, promote Turanism.

Orbán has referred to Hungary as “Christian Turkish lands”. Péter Balogh, a professor at Eötvös Loránd University in Budapest, characterises Orbán’s approach to Hungarian identity as a fusion of Turanism and the notion that Hungary is a Christian bulwark that portrays the country as “a bridgehead linking East and West.” László Kövér, a founding member of Fidesz and the current speaker of the National Assembly, said, “Hungarians are the westernmost people from the East and will never forget their Eastern brethren.”

This Eurasianist ideological approach legitimises Orbán’s frequent clashes with Brussels and his friendly relationships with Russian President Vladimir Putin and Turkish President Recep Tayyip Erdoğan. Orbán’s administration has pursued a foreign policy and trade strategy that aligns with their ideological centering of Hungary as a link between Western liberalism and Eastern illiberalism.

As the EU has sought to condemn Russia’s attack on Ukraine and Turkey’s attacks on Kurds in northeast Syria, Orbán has resisted their retaliatory measures.

By the time the European Parliament had overwhelmingly adopted a report characterising Hungary as a “hybrid regime of electoral autocracy” rather than a full democracy, Orbán was able to shrug the criticism off as a “boring joke” in part because of his efforts to de-emphasise the importance of Brussels’s liberalism while normalising illiberalism.

Where many European countries do not even retain embassies in Central Asia, Hungary has emerged as a leader of European engagement with the region. Trade and educational exchange with OTS members will benefit everybody, but as other EU countries increase their engagement with Central Asia, they would do well to avoid embracing its illiberalism too closely.