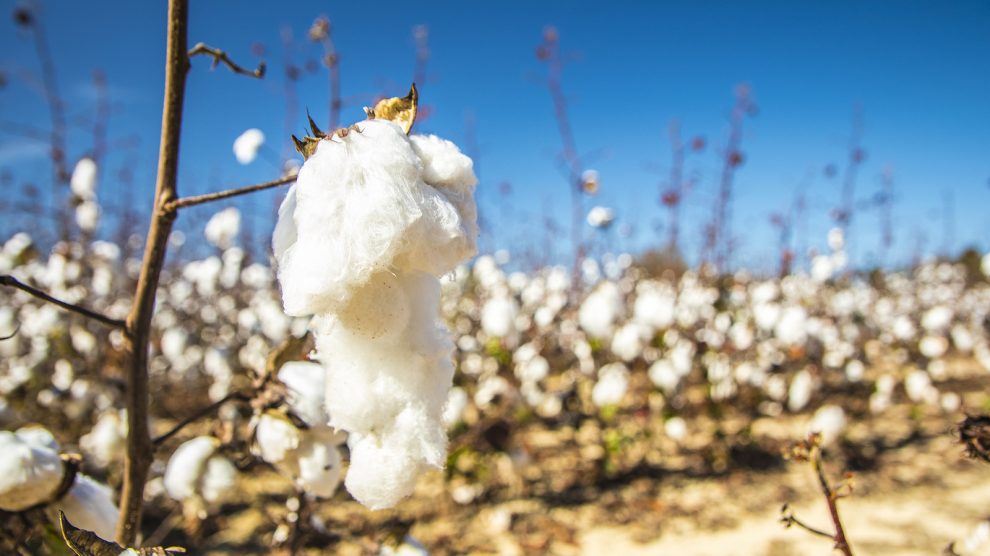 Turkmenistan has made no progress on eradicating forced labour from its cotton harvest, a new report finds.

Every year, the government of Turkmenistan forces tens of thousands of citizens to harvest cotton, the country’s second largest export after petroleum.

If workers fail to meet their cotton-picking quotas, they face punishment, harassment, or the loss of their jobs. This means that cotton products originating in Turkmenistan sold across the globe violate laws and other import bans that prohibit the sale of goods made with forced-labour.

“Cotton is a global commodity and doesn’t stay within borders,” says Allison Gill, the forced labour programem director at Global Labour Justice-International Labour Rights Forum, and the coordinator of the Cotton Campaign — a multi-stakeholder coalition that has been working since 2008 to eradicate state-imposed forced and child labour in the cotton sector in Uzbekistan and Turkmenistan.

Despite threats and attacks from one of the world’s most repressive regimes, leading Turkmen human rights groups, Turkmen News and the Turkmen Initiative for Human Rights, members of the Cotton Campaign and grantees of the National Endowment for Democracy (NED), a US agency founded in 1983 with the stated goal of promoting democracy abroad, recently released a new report that exposes the systemic forced labour and extortion that took place during Turkmenistan’s the country’s 2020 cotton harvest in Turkmenistan.

The report is in stark contrast to a similar survey, by the International Labour Organisation, looking at Uzbekistan’s 2020 cotton harvest.

That survey, published in February and compiled for the World Bank, showed that although some local vestiges still remain, the systematic and systemic use of child and forced labour in Uzbekistan’s cotton industry has come to an end.

No progress in Turkmenistan

Policymakers and brands have taken steps to remove forced-labour tainted cotton produced in China from global supply chains and to promote accountability for abuses there, but similar measures have not been taken on Turkmenistan. Although products made with forced labour have been banned by the US Customs and Border control since 2018, Turkmen cotton products are frequently sold through third-party countries.

Meanwhile, civil society organizations in Turkmenistan face attacks from the government for monitoring and advocating against human rights abuses, rampant corruption and extortion, and the lack of independent media.

“Over the last eight years, our monitors have seen threats and intimidation from the government, imprisonment on bogus charges, and complete denial of the problem with forced labor,” explains Ruslan Myatiev, editor and founder of Turkmen News, an independent media human rights organisation dedicated to the promotion of free speech and the rule of law in Turkmenistan.

“We rely on information sent to us by people who work in the public sector and who receive orders from their supervisors regarding cotton picking. All information obtained from them is supported by audio recordings from staff meetings as well as photographs and videos from the fields.”

Intense corruption is found throughout the supply chains. Teachers, doctors, nurses, and other public sector workers must leave their schools, hospitals, and offices to pick the crops, pay a bribe, or hire replacement workers, under threat of losing their job. Women are affected disproportionately, and often children replace parents unable to go to the fields. Amid the government’s pandemic denial, citizens are transported in crowded buses under freezing conditions. Farmers do not own land or decide which crops to plant.

Tied to the land

“Farmers are tied to their land,” says Farid Tukhbatullin, founder and director of the Turkmen Initiative for Human Rights, which provides independent news and information about Turkmenistan through the Chronicles of Turkmenistan website and numerous human rights reports.

“They have to follow the practices and laws that are left over and the legacy of the Soviet Union, that actually prevent them from leaving their regions and going to work elsewhere for a long period of time because they have to register locally. We can see that the agricultural sector–similar to other sectors–does not take into account the interests of the rural population but rather focuses on the interest of the state only.”

The cotton-picking quotas do not consider the weather or conditions of the land.

Turkmenistan remains a closed society without government transparency or accountability. “The excellent reporting and on-the-ground research from Turkmen News and the Turkmen Initiative for Human Rights demonstrate the continued value of investing in civil society working in states as totalitarian and kleptocratic as Turkmenistan,” says NED programme officer and regional expert Jeffrey Bell.

“Developing the infrastructure and human capacity to conduct on-the-ground human rights monitoring and reporting is essential to international understanding of the situation inside Turkmenistan. Their courageous work will be a critical asset for democratic activists when change finally comes to Turkmenistan.”