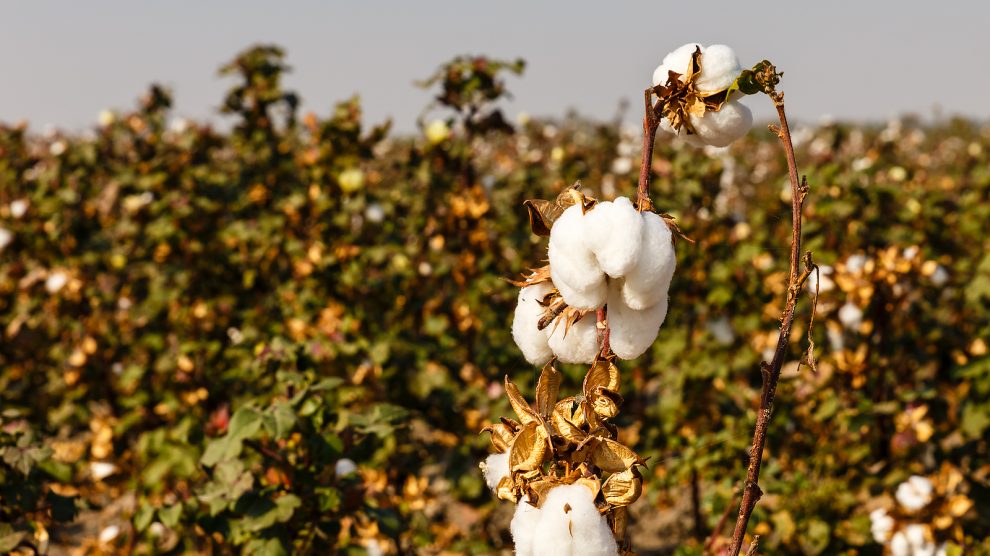 A combination of government-led reform, international pressure, higher wages, and the return of migrant workers from abroad has all-but eradicated the use of child and forced labour in the Uzbek cotton harvest.

Although some local vestiges still remain, the systematic and systemic use of child and forced labour in Uzbekistan’s cotton industry has come to an end, according to a new report from the International Labour Organisation (ILO).

The report, compiled for the World Bank, shows that one in eight people of working age in Uzbekistan participated in the 2020 cotton harvest, which makes it the world’s largest recruitment effort. Sixty-five per cent of pickers were women, and the vast majority were from rural areas.

However, the report concludes that systematic child labour has been eradicated and that it is no longer a major concern.

“When I was a child, we unfortunately missed a lot of school classes because of the cotton harvest,” says Dilshoda Shodmonova from Chircik, near the capital Tashkent. “Today, thanks to the reforms, my own daughter can go to school uninterrupted and get her education. This encourages me to continue my work as a labour rights activist.”

According to the ILO, the country is making significant progress on fundamental labour rights in the cotton fields. More than 96 per cent of workers in the 2020 cotton harvest worked freely and the systematic recruitment of students, teachers, doctors and nurses has completely stopped.

In 2020, the share of cotton pickers that experienced coercion was 33 per cent lower than in 2019. However, there were still cases at the local level of people being threatened with loss of privileges or rights if they declined an invitation to pick cotton.

The main motivation for Uzbeks to pick cotton last year was the opportunity to earn money. On average, each picker participated in the harvest for twenty-one days and earned 1.54 million soums (equivalent to 150 US dollars). This is higher than the average salary of a teacher in Uzbekistan.

The cotton harvest accounted for a crucial part of most pickers’ livelihood. Sixty per cent of pickers said that the 2020 cotton harvest was their only source of cash income.

The Uzbek government has significantly increased wages since 2017 and introduced a differentiated pay scale so that pickers are paid more per kilogram of cotton towards the end of the harvest, when conditions are less favourable and there is less cotton to pick. This also led to a significant drop in the prevalence of forced labour.

The elimination in March 2020 of production quotas, abolishing a system that was first instituted in the 1920s under the Gosplan system of the Soviet Union, also played a key role. That quota system — an integral part of the Uzbek economy for nearly a century — contributed to systemic human rights violations by encouraging the use of forced labour.

“Forced labour is not only socially and morally wrong, but is a serious violation of human rights and a criminal offence in Uzbekistan,” says Tanzila Narbaeva, chairperson of the Uzbek senate and the national commission on forced labour and human trafficking. “In order to change behaviour, you need to change the way people think. We make it happen by working together as legislators, government officials, employers, trade unions, and civil society activists.”

The ILO began monitoring the Uzbek cotton harvest for child labour in 2013, when, after decades of using forced child labour, the Uzbek government ended its policy of forcibly mobilising children nationwide. In 2014 it committed to work with the ILO to apply international standards, including the prohibition of forced labour. In 2015, as part of an agreement with the World Bank, this work was extended to cover both forced labour and child labour.

Moving up the value chain

The government’s strategy is to move Uzbekistan up the value chain and position the country as an exporter of textiles and garments instead of raw cotton. This has the potential to create millions of higher paid jobs and generate significant export earnings, as well as attract significant investment.

“These reforms should continue to be supported by the international community,” said Jonas Astrup, chief technical advisor for the ILO Third-Party Monitoring Project.

“Trade and investment decisions by responsible international companies are likely to contribute to the further abolition of the legacies of the centrally planned economy. They can also have a positive impact on compliance with international labour standards.”

However, according to the Cotton Campaign, which since 2007 has advocated with governments, companies and investors to use their leverage to end systematic human rights violations in Uzbekistan, one of the problem’s with the country’s reform process is that it has centered on shifting cotton production from government control to the control of cotton-textile clusters – corporations with vertically integrated production – which has created significant vulnerabilities for farmers that also need to be urgently addressed.

Only one cluster operates in each district, so farmers do not have a choice about which cluster to contract with and have no control or bargaining power over the price they will receive for their cotton or the cost of inputs. In at least one instance, farmers trying to form an independent cooperative were told by local authorities they had no choice but to contract with that district’s cluster. Farmers who refuse to grow cotton face losing their land.

In addition, the government has pursued a policy of transferring land from small and medium farmers to clusters for direct farming with a devastating impact on rural livelihoods. Under this process, some farmers find work for the clusters as farmworkers for wages. In doing so, they and their employees lose the ability to grow food crops, graze livestock, and gather dried cotton stalks, essential for fuel and animal fodder. Others lose their livelihoods entirely.

“As Uzbekistan seeks investment in its emerging textile sector and economic opportunity for its citizens, it needs to be deliberate in setting up pro-active mechanisms to avoid a corporate-driven race to the bottom,” says Cathy Feingold, international director of the American Federation of Labour and Congress of Industrial Organisations (AFL-CIO).

“Rather than replace an abusive government model with an abusive private model, the time is right for a new responsible sourcing model that puts vulnerable workers in positions of greater power to protect their own labour rights.”

Uzbek Forum for Human Rights, a Berlin-based NGO and a partner of the Cotton Campaign, has also reported a vastly improved 2020 harvest in terms of forced labour.

In its own assessment, it says that “for the first time, in some districts, monitors did not document any cases of forced labour”.

Much like the ILO, Uzbek Forum puts this down to concerted government efforts to eradicate the practice of forced labour – it says the government’s strong political commitment and messages from key central officials against forced labour were “clear and unequivocal” – together with higher wages and the need for workers returning from abroad to find employment.

However, unlike the ILO, Uzbek Forum stops short of declaring child and forced labour fully eradicated.

While Uzbek Forum’s network reported higher numbers of voluntary pickers in places they monitored, and fewer encounters with pickers mobilised against their will, they did however document instances of forced labour organised by officials, as well as instances in which employees at state enterprises were required to contribute portions of their salary to hire cotton pickers.

“The progress we observed in the 2020 harvest shows there is a real prospect for Uzbekistan to end forced labour definitively,” says Umida Niyazova, director of Uzbek Forum for Human Rights.

“We saw many positive changes, but key elements of the forced labour system remain entrenched and some new abuses have emerged. We found districts where cotton was harvested without forced labour, but farmers in those same districts were forced to grow cotton and could not negotiate the terms. As the situation becomes more complex, it is even more important to develop proactive, verifiable approaches that can distinguish producers who still rely on forced labour from those that do not.”

The export of cotton and cotton-based textiles is worth about 1.3 billion US dollars to the Uzbek economy each year, accounting for 15 per cent of total exports.

The findings of the ILO and Uzbek Forum may now bring at least a partial end to the boycott of over 300 brand-name retailers who have committed to avoid Uzbek cotton until forced labour of children and adults ended, boosting investment in the industry further. But the progress made must be sustained.

“Uzbekistan has the opportunity to become a trusted global supplier, but it will require transparent monitoring and governance models so brands and retailers can verify responsible sourcing,” says Julia Hughes, president of the US Fashion Industry Association.

Nate Herman, vice president for policy at the American Apparel and Footwear Association, echoes the sentiment: “Brands have a zero-tolerance policy on forced labour, and to overcome the risks inherent from past practices, Uzbekistan needs to implement innovative models that provide high levels of assurance that forced labour will not taint cotton supply chains,” he says.