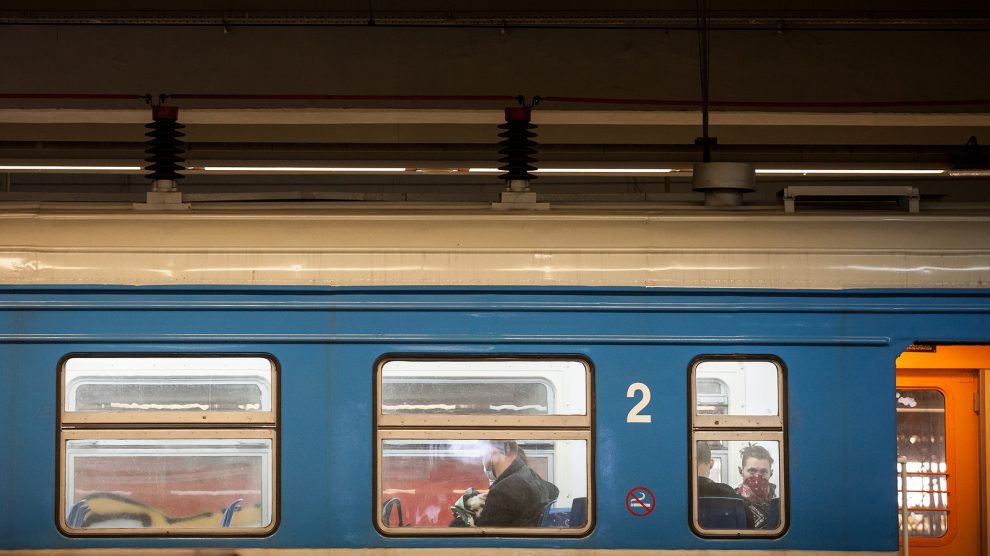 Belgrade is finally getting a metro, but not everyone in the city is happy.

A common joke about the metro in Belgrade pays homage to the famous Samuel Beckett play Waiting for Godot.

Godot of course never arrived. But what about the Belgrade metro? It’s almost a century since the idea of building a metro system in Serbia’s capital was first mooted. Home to more than 1.3 million people, the city is the largest in Europe without such a mass transit system.

But that is about to change. After several failed plans and false starts, construction on an underground railway is set to begin later this month.

The metro’s first line is set to be completed by 2028, at a projected cost of around four billion euros. France is contributing 450 million euros (the rolling stock will be French-built), and the Serbian government 1.4 billion euros. The shortfall is likely to be made up by China, given that Chinese firms are taking care of construction.

For some however, the metro makes little sense: at least the route of Line 1. Despite being slightly changed following protests, it has come under fire for connecting “nowhere to nowhere”, running as it eventually will from Makiš in the southwest of the city, where few people live, to Mirijevo in the east, largely bypassing the city centre.

Serbia’s transport minister, Siniša Mali, admitted as much this week when he said: “the first line in itself does not mean much. We need synergy with the second line.”

“Go back 50 years and all plans for the Belgrade metro note that the first line must connect New Belgrade with the city centre, the new city with the old, the two banks of the Sava River. The current city government has decided to do something completely different,” says Aleksandar Pavlović of Belgrade’s Institute of Philosophy and Social Theory.

“[The first line] will run along only the right bank of Sava. There are currently no people or buildings [at the two ends of the line] and it’s clear that the only reason for this is so that private investors can build thousands of apartments in those areas.”

Belgraders will instead need to wait for Line 2 for a metro that connects both sides of the Sava, and New Belgrade with the centre of the old city. Mali has said that he wants Line 2 to be opened in 2030.

On the ground, people in Belgrade do seem at least somewhat excited about finally getting a metro of their own — Sofia has had one since 1998, Bucharest since 1979 and Budapest’s iconic metro has been in continuous operation since 1896.

“I’m looking forward to it and I think it will be good for us,” says Sanja, a student.

She, like many others, relies on existing public transport to get around. As anyone who has lived in or visited Belgrade knows, public transport in the city leaves a lot to be desired. Its main flaw is that it operates in heavily congested traffic which makes any official departure time little more than an optimistic target.

“It would unburden city traffic and I think it would allow people to travel faster from point A to point B,” says Petar, waiting for a bus at one of the most important public transport hubs, close to the city’s enormous central hospital.

Romain Le Quiniou, general director at Euro Créative, a French think tank that looks at Central and Eastern Europe, says that the metro might make the city more dynamic.

“It will appear much more attractive for foreign investors while being more welcoming for its current and future inhabitants. In parallel, the project will bring employment to locals and will help Serbian companies develop,” he tells Emerging Europe.

Before now, the closest Belgrade ever came to getting a metro was in the 1970s, when plans were drawn up for an extensive, 74-kilometre system.

Ironically, if the plan had been implemented, construction of the final section would have been completed this year.

Instead, it will be the end of the decade before the people of Belgrade can ride their own metro. But it does, finally, look as though it will happen. It might go from “nothing to nothing”, but by the end of 2028, čekajući metroa may be a statement of fact, not a joke.

Bosnia and Herzegovina is not at war, but that’s as good as it gets
Not yet approved by the EU, Romania looks to deploy US-made small nuclear reactors
Comment