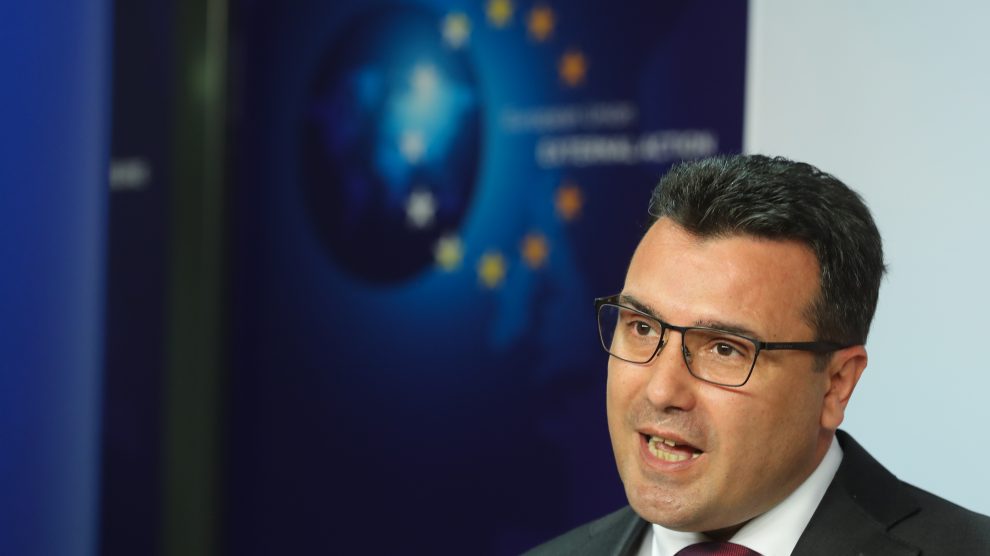 Polish Senator Krzysztof Brejza’s mobile phone was hacked with sophisticated spyware nearly three dozen times in 2019 when he was running the opposition’s campaign against the right-wing populist government in parliamentary elections, an internet watchdog found. Text messages stolen from Brejza’s phone – then doctored in a smear campaign – were aired by state-controlled TV in the heat of that race, which the ruling party narrowly won. With the hacking revelation, Brejza now questions whether the election was fair.

The European Commission on Wednesday announced it was starting an infringement procedure against Poland for undermining EU law and the independence of its national judiciary. The move comes amid an ongoing spat between Brussels and Warsaw over judicial independence. The EU Commission said it “has serious doubts on the independence and impartiality” of Poland’s Constitutional Tribunal. The Constitutional Tribunal, Poland’s top court, had said that law out of Warsaw could take precedence over laws coming from Brussels.

Hungary’s Prime Minister Viktor Orbán says his government will defy a European Union ruling and stick by its controversial immigration laws. Last month the EU’s top court ruled that Hungary’s law criminalising lawyers and activists who help asylum seekers was in breach of European law. But at his end-of-year news conference on Tuesday, Orbán said the EU’s rules were “obsolete” in the face of “massive migration” since 2015.

Petr Kellner’s heirs cleared the last hurdle for merging their Czech bank with a bigger local lender, completing one of the billionaire’s long-coveted deals nine months after he died in a helicopter crash. Shareholders in Prague-traded Moneta Money Bank AS on Monday approved a complex proposal to buy Air Bank Group from the Kellner family’s PPF Group NV for 25.9 billion koruna (1.2 billion US dollars). It was the investment firm’s third and final attempt to merge the two banks, after it was forced to offer better terms following a failed approach in June.

Czechia’s central bank has again aggressively moved to increase its key interest rate in a continuing effort to tame soaring inflation. The one percentage point hike on Wednesday to 3.75 per cent was the fifth straight increase since June and was higher than expected by analysts. The bank, which considers high consumer prices a major threat, also had indicated it would raise the rate. Inflation jumped to six per cent in November, the highest level in 13 years and well above the bank’s target of two per cent.

Romania’s parliament on Tuesday passed legislation that will position the country as one of the most attractive locations in Central and Eastern Europe for the world’s ever-increasing number of digital nomads. “We want international citizens to live in and enjoy our beautiful country, where innovation intersects with traditions and nature,” says Diana Buzoianu, a Romanian MP for the progressive USR party and the initiator of the digital nomad visa programme.

Bulgaria considers a deployment of NATO troops on its territory as unjustifiable, the Black Sea country’s defence minister said Tuesday. Stefan Yanev commented in a Facebook post about a possible response of the military alliance to Russia’s military build-up near the border with Ukraine. “Such a decision would not match the allies’ interests or the national interests of Bulgaria,” he wrote.

The State Department advised Americans on Monday to avoid travel to Ukraine because of “increased threats” from Russia amid its military buildup along the country’s border. In its new travel advisory, the department said Americans should be “aware of reports that Russia is planning for significant military action against Ukraine” and that security could deteriorate in the country.

A court in Belarus has sentenced four anarchist activists to lengthy prison terms amid an ongoing crackdown on those challenging the official results of last year’s presidential election that handed victory to strongman Alexander Lukashenko. Minsk regional court Judge Valer Tuleyka on Wednesday sentenced Ihar Alinevich and Syarhey Ramanau to 20 years in prison each, while Dzmitry Razanovich was handed 19 years, and Dzmitry Dubouski 18 years in prison.

The UN human rights office meanwhile says that Belarus and Poland are forcing migrants and refugees back and forth across their border, often leaving them cold and with no food, clean water, or safe shelter. The UN agency on Wednesday called on the two countries to address the “appalling situation” and relieve the “dire conditions” for those along the frontier, saying some of them are being threatened or beaten by Belarusian security forces.

The city council of Armenia’s capital has voted to remove Mayor Hayk Marutian and replace him with one of his deputies, Hrachya Sargisian. By a vote of 44-10, the council on Wednesday passed a no-confidence resolution against Marutian, who was accused of not running the city “with sufficient efficiency.” Shortly before the vote, Marutian accused the ruling Civil Contract party of Prime Minister Nikol Pashinyan of betraying the goals of the 2018 uprising that brought them to power. He accused Pashinyan and his political team of stifling dissent and enriching themselves.

A Danish woman has been charged by Danish police in a money laundering case involving more than 30 billion Danish crowns (4.55 billion US dollars) which was channeled through Danske Bank’s Estonian branch, Denmark’s public prosecutor said on Wednesday. The 49-year old Danish citizen, who has ties to Russia, is currently in preliminary questioning at Copenhagen city court, where it will be decided whether she will be remanded in custody, the prosecutor told Reuters. Danske is being investigated by authorities in several countries after more than 200 billion euros in suspicious transactions flowed through its Estonian branch from 2007 to 2015.

The threat of Russian hostility and ongoing military activity on the Belarusian border is driving Lithuania to increase its defense military spend over the next five years to reach 1.9 billion US dollars by 2026, a compound annual growth rate (CAGR) of 7.26 per cent, according to leading data and analytics company GlobalData. GlobalData’s latest report, Lithuanian Defence Market – Attractiveness, Competitive Landscape and Forecasts to 2026 reveals that this sum will largely be spent on a modernisation programme aimed to resist a potential incursion or hold off enemy forces, until support from NATO members can arrive.

North Macedonia’s Prime Minister Zoran Zaev formally resigned on December 23, weeks after he announced plans to step down following his party’s defeat in municipal elections. The country’s lawmakers formally ratified Zaev’s resignation a day after he sent a letter to parliament, paving the way for his exit. Earlier this month, Zaev’s governing Social Democratic party (SDSM) selected Deputy Finance Minister Dimitar Kovachevski to succeed him as its leader, and he is expected to be the party’s nominee to become the next prime minister as well.

A bold project to create a border-free travel zone in the Western Balkans moved closer to reality on Tuesday after the leaders of Albania, North Macedonia, and Serbia signed a series of agreements that will see the three countries open up their labour markets to each other. Besides opening labour markets, the agreements also include the creation of a common database for ID documents, and cross-border recognition of commercial registrations, meaning that firms based in any of the three countries will no longer need authorisation to operate in the others.

Bosnian officials and religious leaders have denounced suggestions voiced by Hungarian Prime Minister Viktor Orbán and his spokesman that the integration of Bosnia and Herzegovina into the European Union will be challenging because of its large Muslim population. Orbán’s spokesman Zoltan Kovacs has tweeted that “the challenge with Bosnia is how to integrate a country with two million Muslims.”

Uzbekistan’s largest car manufacturer has said it will not be taking any new orders from buyers until February because of a breakdown in the global supply of components. UzAuto Motors said on Monday in a statement on its Telegram account that months-long delays in the delivery of components such as semiconductors have caused it to slow production. Only buyers already on the waiting list will be eligible to buy the company’s cars, which are comprised of the Lacetti, Cobalt, Nexia and Spark models.

Two civil rights activists in the western Kazakh city of Aqtau have been sentenced to one year of restricted freedom for supporting the banned Democratic Choice of Kazakhstan (DVK) movement and its associate, the unregistered Koshe (Street) party amid an ongoing crackdown on supporters of the two opposition groups. A court in the Caspian Sea port city sentenced 32-year-old Abzal Qanaliev late in the evening on Tuesday. The ruling came a day after a separate ruling by the court against 29-year-old Aizhan Ismakova.