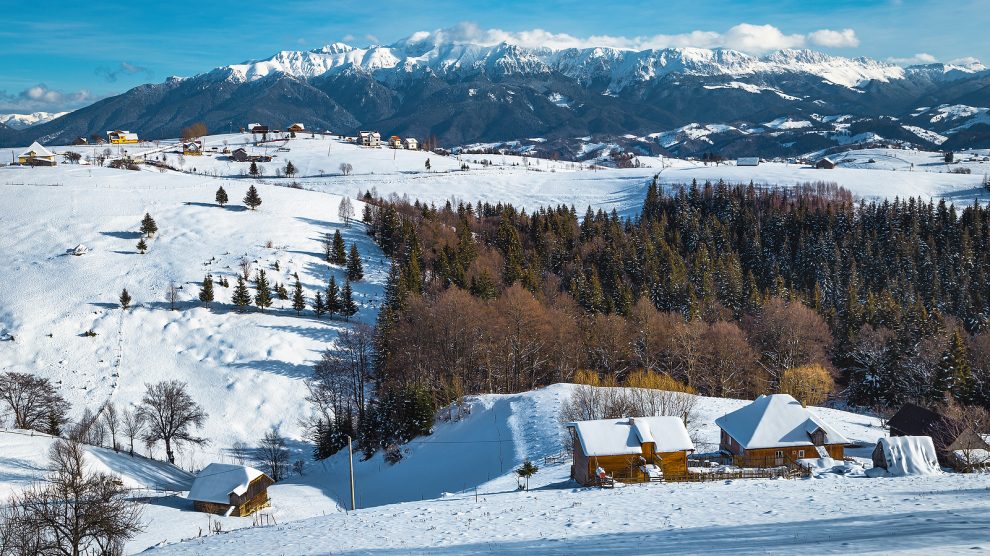 Romania has joined the growing list of countries offering so-called digital nomad visas to remote workers, although its minimum income requirement is higher than some other countries in Central and Eastern Europe.

Romania’s parliament on December 21 passed legislation that will position the country as one of the most attractive locations in Central and Eastern Europe for the world’s ever-increasing number of digital nomads.

Long regarded as one of the best places for remote working in the region, thanks to its relatively low cost of living and superfast internet which reaches into even the country’s most remote rural areas, Romania wants to become a leading destination for digital nomads.

“We want international citizens to live in and enjoy our beautiful country, where innovation intersects with traditions and nature,” says Diana Buzoianu, a Romanian MP for the progressive USR-Plus party and the initiator of the digital nomad visa programme.

“I believe that the programme will help us build our country brand, becoming a leader in this area,” she adds. “Other countries use digital nomad visas to attract millions of euros to their national economies. Now Romania will be able to do the same.”

The Covid-19 pandemic has driven a paradigm shift in the way that people work across the globe, with physical location never less important. It has also offered a new opportunity for developing countries to attract money into their economies.

At present in Central and Eastern Europe, Croatia, Estonia and Georgia already offer digital nomad visas, which allow remote workers to live in the respective countries for up to 12 months at a time, usually on the proviso that they do not intend to provide services to firms in their host country.

They also come with a catch: hefty minimum income requirements that freeze out some digital nomads on lower incomes.

Not as accessible as some of the competition

Romania’s digital nomad visa will be no different. Beneficiaries need to be employed by a foreign firm, or offer services through a self-owned company located outside of Romania, and the minimum income requirement has been set at three times the Romanian gross average monthly wage (around 1,100 euros), meaning that would-be digital nomads will need to earn around 3,300 euros per month.

They will also need to prove that they have earnt this amount in each of the three months before they make their application for the visa.

This minimum income requirement is far higher than Georgia, which began offering its digital nomad visa last summer as a means of boosting foreign travel to the country after tourism was badly impacted by the Covid-19 pandemic. The country requires its digital nomads to make at least 2,000 US dollars per month, around 1,655 euros.

Romania’s digital nomad visa is however, slightly cheaper than Estonia, which became the first country in the region to offer a digital nomad visa, just a few months before Georgia. Its minimum income requirement is 3,504 euros per month. Remote workers in the country do, however, get access to its world-beating e-government infrastructure.

Croatia meanwhile, which launched its digital nomad visa in January, asks digital nomads to make 16,900 kuna per month (around 2,240 euros).

A boost for digitalisation

While happy that her legislation had been approved, Buzoianu also warned that Romania’s public administration at local or national levels will have to answer very specific questions that will become increasingly pressing: How can it provide public services and how can it protect the rights of its own citizens who work in other states, as well as residents who are not Romanian nationals, but who have come here while continuing to work remotely for an employer based abroad.

“In this context, governments around the world are starting to implement new public services and policies that address the current reality where a large share of their citizenry live and work abroad, remotely or from afar,” she says.

“While the private sector has seen a faster evolution in the use of digital tools, the public sector is starting only now to adopt measures that address the real needs concerning digitilisation. The digital nomads will bring with them relevant experiences and knowledge from their countries of which will contribute to the simplification of bureaucratic processes in Romania.

“Today, we adopted a law that addressed Romania’s need to attract both human capital and financial resources and to better promote Romania in the eyes of foreigners. Nonetheless, that is not enough. As the labour market changes, our infrastructure will have to adjust in order to be attractive and competitive.”