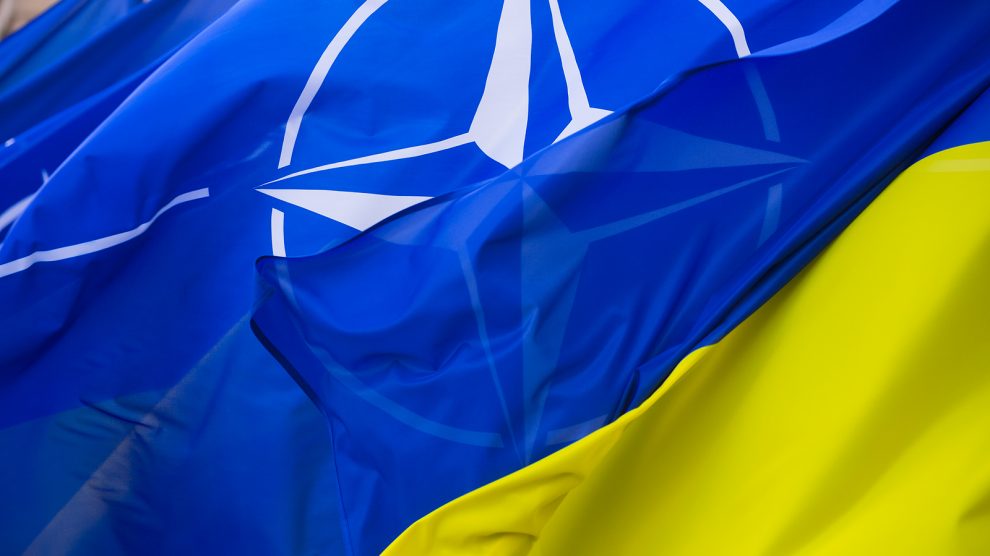 NATO foreign ministers have given their sternest warning yet that any Russian invasion of Ukraine could trigger serious consequences, although the alliance’s boss once again underlined the difference between an “ally” and a “trusted partner”.

At a meeting in the Latvian capital Riga, NATO’s 30 foreign ministers have again reiterated their commitment to Ukrainian independence and territorial sovereignty.

“We are very concerned about the movements we’ve seen along Ukraine’s border. We know that Russia often combines those efforts with internal efforts to destabilise a country. That’s part of the playbook, and we’re looking at it very closely,” said US Secretary of State Antony Blinken on November 30.

The UK’s foreign secretary Liz Truss meanwhile said: “We want a world where freedom and democracy don’t just survive, they thrive. To this end, we will stand with our fellow democracies against Russia’s malign activity.”

Truss also suggested that besides amassing troops on Ukraine’s border, Russia was also stirring up trouble in the Balkans.

“We will support Ukraine and stability in the Western Balkans, to safeguard their security and build their economic resilience,” she added, rejecting claims from Moscow that NATO was being “provocative”.

In a statement that mirrored that of Blinken, she said: “We have seen this playbook from the Kremlin before when Russia falsely claimed its illegal annexation of Crimea was a response to NATO aggression.

“NATO is an alliance forged on the principle of defence, not provocation. Any suggestion that NATO is provoking the Russians is clearly false, and any action by Russia to undermine the freedom and democracy that our partners enjoy would be a strategic mistake.”

Her comments came after Russian President Vladimir Putin said that military exercises and other moves by the West and Ukraine threatened Russia’s security, warning against crossing the Kremlin’s “red lines.”

“Look, they spoke about a possible Russian military intervention in Ukraine at the beginning of the year. But as you see this did not happen,” Putin said.

In March, unusually heavy fighting on the line of contact dividing government-held territory from Ukraine’s breakaway, Russian-backed eastern regions of Donetsk and Luhansk ended with the death of four Ukrainian soldiers. Videos then surfaced of Ukrainian military hardware moving east, by rail, in response to reports of Russian troop movements along the Ukrainian border.

At the time, the Kremlin has dismissed its troop movements as “training exercises”.

In April, Ukrainian government spokesperson Iuliia Mendel claimed that Russia has massed as many as 40,000 troops on Ukraine’s eastern border and another 40,000 in Ukraine’s Crimean peninsula, occupied by Russia since 2014.

At the end of April Russia withdrew some of its forces, but recent weeks they have reportedly returned.

A partner, not an ally

NATO Secretary General Jens Stoltenberg has since confirmed that the alliance had seen an “unusual” concentration of troops close to Russia’s border with Ukraine.

“As I have stated several times now, there will be a high price to pay for Russia, if it once again uses force against Ukraine,” said Stoltenberg in Riga.

“We have demonstrated our ability to impose costs, economic, political actions. And also, over the years, we have increased our military presence in this region, just to make sure that all allies are totally defended and protected against any Russian aggressive actions.”

However, Stoltenberg made a point of underlining that Ukraine does not belong to NATO, so cannot benefit from the collective security guarantee available to member countries.

“I think we need to understand the difference between a NATO ally, such as Latvia, the other Baltic countries, Poland, Romania, and a close and highly valued partner, Ukraine,” he told reporters.

If the EU is serious about Belarus, it must invite Svetlana Tikhanovskaya to its Eastern Partnership summit
Falling birth rates are not an existential crisis for Central and Eastern Europe, but an opportunity
Comment