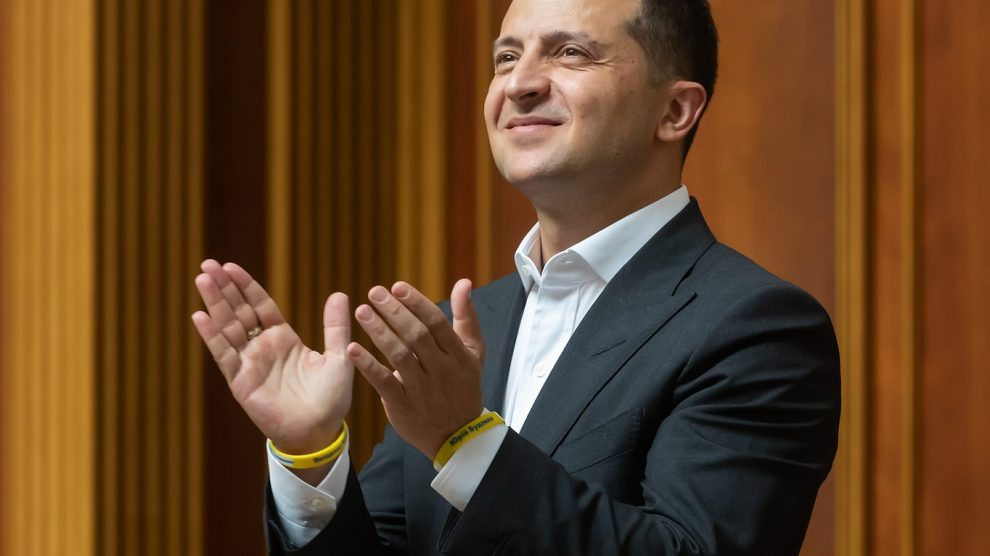 Ukrainian President Volodymyr Zelensky promised to curb the power of the country’s oligarchs. However, a new anti-oligarch bill might be more about consolidating his own position.

On November 5, Ukrainian President Volodymyr Zelensky signed an anti-oligarch bill aimed to deter the “excessive influence of people who have significant economic and political weight”.

Zelensky said that the legislation would safeguard “the interests of citizens” instead of a “handful of the richest”.

The legislation, which was passed by the Ukrainian legislature in September, introduces a legal definition for an oligarch and creates a register of tycoons, requiring officials to declare contacts with oligarchs or their representatives.

The bill also prohibits oligarchs from financing political parties, political campaigns and demonstrations, and prevents them from the privatisation of state assets.

Despite that, many experts believe that the bill opens a wide door for subjective targeting and could be a populist move aimed to strengthen his presidential powers.

Ukraine’s oligarchs first appeared in the 1990s, when in the newly independent country, the country’s key economic assets became concentrated in the hands of just a few people.

Many of these individuals have remained powerful players in Ukrainian politics and the economy ever since.

In 2014, when then-President Vyktor Yanukovich fled the country amidst the Euromaidan revolution, all key economic sectors and media were controlled by the oligarchs.

A new, pro-Western government soon implemented a number of reforms to limit the power of oligarchs. Nonetheless, these policies did not succeed in curbing deep-rooted networks.

In 2019, Zelensky won a presidential election with promises to combat powerful old elites and guarantee greater equality. Many had high expectations that he would curb the oligarchs immediately after entering office. However, people’s expectations have not been met: indeed, during his presidency many state-owned assets have been returned to oligarch control, undermining some of the previous government’s steps.

According to Veronika Movchan, head of the Kyiv-based Institute for Economic Research and Policy Consulting, a think tank, real anti-oligarch measures should have included judicial reform and strong anti-monopoly legislation.

“All of this is completely absent in Ukraine and, so far, there has been no noticeable improvement [in fighting against oligarchic systems],” she says.

Zelensky’s ties to the oligarchs

The anti-oligarchic bill appears to be a populist move as Zelensky has neither strengthened the independence of the judiciary nor eliminated tax benefits for big business. The current head of the state has even been accused of having how own ties with oligarchs,

Much discussion has focused on his connection to oligarch Ihor Kolomoisky, the owner of 1+1 Media Group, one of the largest media conglomerates in Ukraine.

While Kolomoisky has been sanctioned by the US Department of State since March due to his alleged “involvement in significant corruption”, his media assets were actively used to promote Zelensky when he campaigned for the presidency.

Now, with the next presidential vote only two years away, it is believed that Zelensky would not risk curbing Kolomoisky’s power, as he can once again play a significant role in Zelensky’s political success.

In the meantime, the leaked Pandora Papers recently revealed that Zelensky’s offshore assets were largely derived from TV shows aired on Kolomoisky’s channels.

According to Pavel Havlíček, a research fellow at the Association for International Affairs, a Prague-based think tank, Kolomoisky has substantial leverage over Zelensky’s party, which “might be mobilised when needed and relevant”.

Zelensky’s administration has been reluctant to take action against the mayor of the city of Dnipro and Kolomoisky’s ally, Borys Filatov, who has been accused of abuse of office. The National Union of Journalists of Ukraine (NUJU) has claimed that Filatov’s municipal guards have been continuously intimidating and assaulting local television crews.

According to the organisation, similar incidents have been taken place since 2017, and as a result, many journalists have been “beaten, threatened, their editorial offices, cars and printing houses set on fire”.

Filatov’s influence on Zelensky is expected to grow ahead of the presidential election as he can mobilise regional leaders to support the president, who has pushed for decentralisation benefitting regional authorities.

“The last local elections proved that the presidential powers are limited in the regions and on the local level,” Havlíček tells Emerging Europe.

“Instead, local and regional independent parties have dominated the space and benefitted from the decentralisation, including in terms of resources,”

The anti-oligarch bill was initiated by Zelensky himself as part of his pledge to eradicate corruption.

The bill defines an oligarch as an individual meeting three of four criteria, including “ownership of, or significant influence over, media outlets; control over a business monopoly; participation in political life or a net worth of 2.4 billion Ukrainian Hryvnas (91 million US dollars) or more”.

There are doubts however that the legislation will succeed in curbing the influence of oligarch networks as the criteria for determining who qualifies as an oligarch are subjective and open to manipulation.

According to the bill, Ukraine’s National Security and Defence Council (NSDC) will function as a watchdog tasked with compiling a list of people falling under the oligarch criteria.

As such, people labelled as oligarchs will be subject to restrictions including a ban on holding public office, funding political parties and taking part in privatisations.

And yet the de-oligarchisation law does not contain any objective steps to weaken oligarchs and gives the final say to the National Security and Defence Council (NSDC), a body personally formed by the president, to selectively determine who is an oligarch and who should face restrictions on owning media or participating in the political life of the country.

Critics argue that the application of the legislation provisions needs the involvement of an independent body that will be subject to transparent and accountable working practices.

As it stands – with the president in control of its implementation – the bill might instead be used to settle scores with rivals through selective targeting, including influential businessman and former President Petro Poroshenko.

It is also doubtful that the National Security and Defence Council will curb oligarchs close to Zelensky, such as Kolomoisky and Filatov.

“The NSDC, as well as other structures under the control of the president, cannot be considered as independent. The same applies for SBU [the Security Service of Ukraine], the General Prosecutors office, or the Constitutional Court over which the president also has certain powers,” says Havlíček.