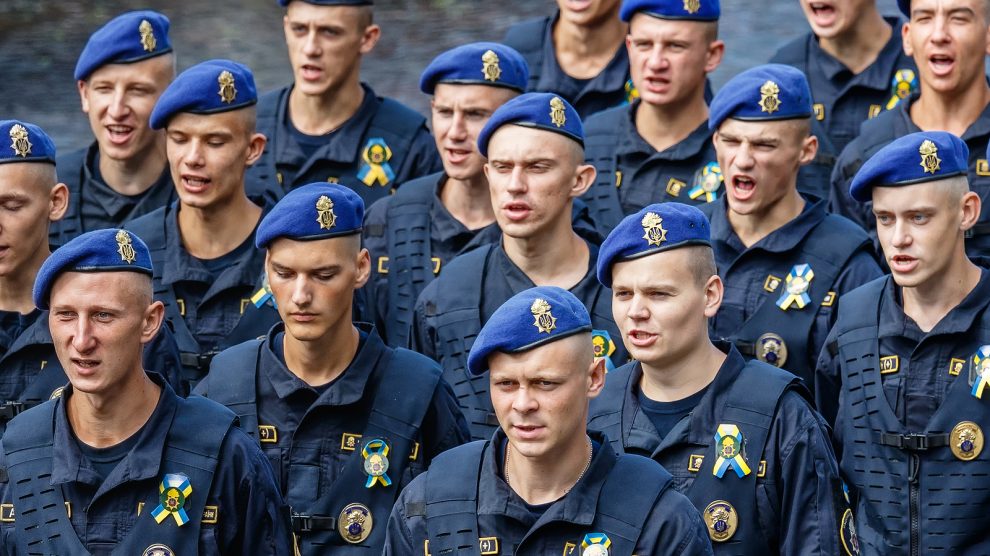 Europe will need to choose between Nord Stream 2 and Ukraine’s territorial integrity, suggests Boris Johnson, as Russian troops amass near the country’s border with Ukraine.

The United Kingdom’s prime minister, Boris Johnson, said on November 15 that the European Union will need to make a choice between Russian gas supplies and defending Ukraine’s territorial integrity.

Speaking at the Lord Mayor’s Banquet in London, Johnson said that a choice was shortly coming, “between mainlining ever more Russian hydrocarbons in giant new pipelines, and sticking up for Ukraine and championing the cause of peace and stability”.

Johnson added that it was clear some countries “are simply not going to evolve towards free market democracies” and that the UK “should be clear eyed about that”.

“We have to deal with it, we have to manage it, we must have relations that are as friendly and pragmatic as possible.

“But the consequence is that we work ever more closely with those who do share our values and instincts,” he said.

“So when we say that we support the sovereignty and integrity of Ukraine, that is not because we want to be adversarial to Russia, or that we want in some way strategically to encircle or undermine that great country. It is because we have a commitment to democracy and freedom that is shared now across the vast mass of the European continent. And when our Polish friends asked for our help to deal with a contrived crisis on their border with Belarus, we were quick to respond.”

Johnson’s words will be viewed as thinly-disguised dig at Nord Stream 2, the Russian-backed pipeline that will double Russia’s gas delivery capacity to Western Europe, bypassing Ukraine.

Construction of the pipeline, which cost around 9.5 billion euros, was completed in September, but the commencement of operations has been delayed by certification procedures.

In July, the United States – long-opposed to Nord Stream 2 – reached a deal with Germany that allowed for the completion of the pipeline in exchange for heavy investment in Ukraine’s energy infrastructure and a promise to sanction Russia should it ever use the pipeline as political leverage over Europe.

Earlier in the day, the chief executive of Ukraine’s state energy company Naftogaz, Yuriy Vitrenko, told the news agency Reuters in an interview that he was still hopeful the pipeline would not come online, saying it did not comply with European law.

Ukraine would lose about two billion US dollars per year in transit revenues if Nord Stream 2 came online, equivalent to roughly 1.5 per cent of its GDP, Vitrenko said.

Vitrenko would have been cheered on November 16 by news that Germany’s energy regulator had ruled that the subsidiary set to operate the German part of Nord Stream 2 does not meet the conditions to be an “independent transmissions operator”, effectively suspending the pipeline’s certification process.

The process would stay suspended “until the main assets and human resources have been transferred to the subsidiary”, German officials added.

‘France is ready to defend Ukraine’

Just as Johnson was speaking in London, French President Emmanuel Macron was telling his Russian counterpart Vladimir Putin in a phone call that France is ready to “defend the territorial integrity of Ukraine” as fears grow of an imminent Russian invasion.

The call took place shortly after NATO Secretary General Jens Stoltenberg confirmed that the alliance had seen an “unusual” concentration of troops close to Russia’s border with Ukraine.

Lithuania too is concerned. Defence Minister Arvydas Anušauskas suggested on November 16 that the migrant crisis on the border between Belarus and Poland could be a “cover” for Russia’s actions against Ukraine

“It is possible that the artificially created migrant crisis, which is turning into a humanitarian one, is only a cover for active steps against Ukraine,” Anušauskas told Lithuanian Radio. “This is worrying us, because Russia has shown the ability to quickly move quite large forces over long distances and mobilise them.”

“A rapid redeployment might not be enough for a major conflict with Ukraine, because Ukraine is also much more prepared than it was seven years ago, but it can certainly trigger a security crisis in the region,” he added.

A large part of the Russian force is in Crimea, the peninsula which Russia annexed from Ukraine in March 2014. Troops are also massing near Ukraine’s eastern Donbas region, the name for Luhansk and Donetsk areas under the control of Russian-backed separatists.