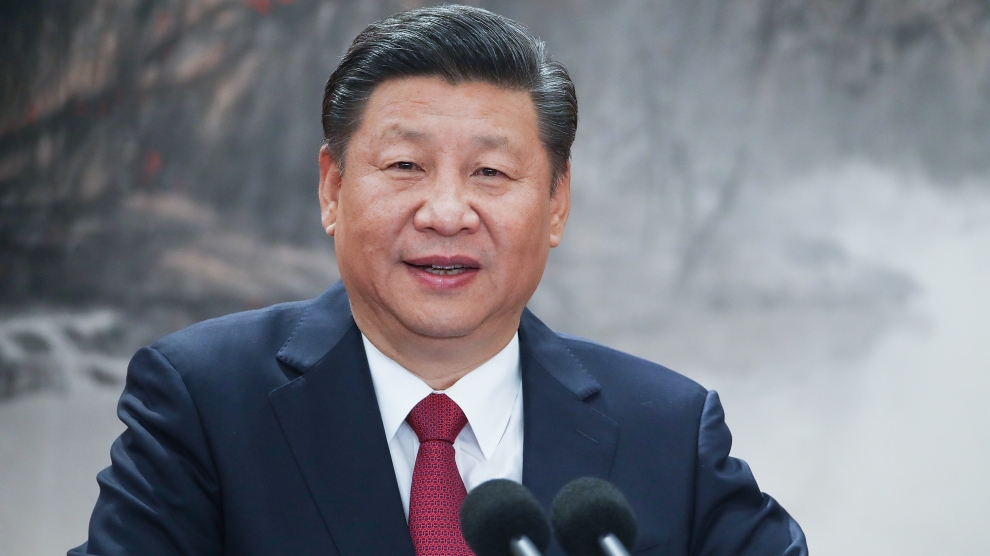 Tensions between China and one of its sharpest adversaries in the European Union deepened this week when legislators from Czechia welcomed Taiwan’s foreign minister with a pledge to support the island’s inclusion in the international community. China immediately condemned the visit, and vowed to take “legitimate countermeasures” against the Czechs, Foreign Ministry Spokesman Zhao Lijian told a briefing on Wednesday.

Poland has been fined one million euros a day by the European Court of Justice for ignoring a ruling that it must suspend its controversial judicial system changes. The development comes in the wake of a long-running battle between Brussels and Poland over changes that are said by critics to undermine the independence of the country’s judiciary. The European Commission is expected to seek payment immediately.

A consortium led by the Hungarian government has announced its intention to acquire Budapest Airport and has submitted a revised non-binding offer to buy the airport, its operator AviAlliance GmbH said on Wednesday. Prime Minister Viktor Orbán’s government earlier this year expressed its interest in buying Hungary’s main international airport, and Orbán said this month that the government could close the purchase “any minute now.”

MEPs are calling for further investigations into the misuse of EU funds in Slovakia, following reports of financial irregularities from the bloc’s anti-fraud agency. In the last two years, the European Anti-Fraud Office (OLAF), has uncovered several cases of abuse of land subsidies in Slovakia. However, MEPs say it is just the tip of the iceberg, with evidence going back all the way to the murder of young journalist Ján Kuciak in 2018.

Homeland Security Secretary Alejandro Mayorkas said on Tuesday the United States is considering adding four countries to its visa waiver programme that allows citizens to come to America without a visa for a stay of up to 90 days. “We have four candidates in the pipeline: Israel, Cyprus, Bulgaria and Romania,” Mayorkas said at a travel industry event. “We’re very, very focused on the programme,” he added, saying it provides significant economic and security benefits. Croatia joined the programme in September.

Slovenia’s health minister on Wednesday warned that the country could face a nightmare scenario if it does not contain the virus outbreak raging in the small Alpine nation and other low-vaccination countries of Central and Eastern Europe. Health Minister Janez Poklukar said hospital beds have been filling up as the country logged the highest number of daily cases since January. With more than 3,000 confirmed infections in the past 24 hours, Poklukar said a lockdown is looming.

Moldova on Tuesday received its first ever delivery of non-Russian gas as the country struggles to cope with a deep energy crisis caused by a reduction in deliveries from Gazprom. “A contract was signed for a trial purchase of one million cubic metres of natural gas from the Polish company PGNiG,” the Moldovan government said in a statement. Moldova will however need much larger volumes if Gazprom does what it has threatened to do: turn off the gas.

Ukrainian government forces have used a Turkish-supplied armed drone for the first time against Russia-backed separatists in eastern Ukraine, in a development condemned by the Kremlin. The Ukrainian military posted a video on Facebook on October 26 that it said showed a Bayraktar T2B destroying a Russian-made howitzer in a separatist-controlled area. The General Staff of the Armed Forces said the advanced drone was used “for the first time” to suppress artillery fire that killed a Ukrainian soldier and wounded another. After the strike, the shelling of Ukrainian positions stopped.

Belarusian police have detained dozens of people in the southeastern city of Homel on charges of subscribing to “extremist” social-media channels in the latest crackdown on freedoms in the country. Authorities have declared hundreds of opposition Telegram channels and social-media sites “extremist” since Belarus was engulfed by protests after a disputed presidential election in August 2020, and anyone operating or using such sites can face jail time or fines.

Tens of thousands of Georgians rallied on Wednesday in support of the ruling party ahead of local elections as the main opposition leader Mikheil Saakashvili held a hunger strike in jail. Second round election runoffs on Saturday will see mayoral candidates from the ruling Georgian Dream party and the opposition United National Movement (UNM) compete for mayoral posts in major cities. On Wednesday evening, around 60,000 people attended a campaign rally of the ruling Georgian Dream party in Tbilisi’s Freedom square.

Lithuania will continue seeking EU funding for the construction of a barrier along its border with Belarus, President Gitanas Nausėda insisted this week. His comment came after European Commission President Ursula von der Leyen said last week that “that there will be no funding of barbed wire and walls” from the EU budget. Almost 4,200 irregular migrants have crossed into Lithuania from Belarus so far this year.

Kosovo’s sports minister on Monday threatened retaliation and called on event organisers in Serbia to be punished after Kosovar boxers were denied entry to attend the amateur world championships in Belgrade. Kosovo, a former part of Serbia, declared independence in 2008, but the government in Belgrade still considers it to be a part of Serbia. The Kosovo Olympic Committee said on October 23 that three athletes from Kosovo were twice denied entry by Serbian border guards as they tried to attend the October 24-November 6 World Boxing Championships in Belgrade.

The appeals chamber at the Kosovo Specialist Chambers in The Hague on Wednesday rejected ex-President Hashim Thaci’s plea for conditional release from pre-trial detention because there is still a risk that he might abscond. Thaci had argued in his appeal that the pre-trial judge was wrong to conclude that he continues to play a significant role and wield influence and authority in Kosovo.

Montenegro has granted asylum to a Russian billionaire wanted by Moscow for his alleged role in two murders on the ground that he is being persecuted, his lawyer has said. Azerbaijan-born Telman Ismailov, who has in the past sparked the ire of Russian President Vladimir Putin, was arrested in Podgorica early this month on an international arrest warrant issued by Moscow for his extradition. He was released from detention after the interior ministry granted him asylum, lawyer Milos Vuksanovic told AFP.

As expected, Shavkat Mirziyoyev cruised to a landslide victory in Uzbekistan’s presidential election on October 24. However, he saw his share of the vote slip from the 89 per cent he received in 2016 to a more respectable looking 80.1 per cent, as Tashkent sought to promote the election as more democratic than previous ones despite the absence of opposition. Mirziyoyev’s nearest rival, Maqsuda Vorisova, the only woman in the race, received 6.6 per cent, according to the Central Election Commission.

Human Rights Watch (HRW) has urged Turkey to halt moves to send three Turkmen activists back to Turkmenistan, warning that they are in serious danger of being detained and tortured. Turkish authorities detained three activists – Akhmet Rahmanov, Kamil Abulov, and Bayram Allaliyev – between October 18-22, placing them in immigration custody in Istanbul. HRW said that, according to unconfirmed reports, they were at imminent risk of being deported.