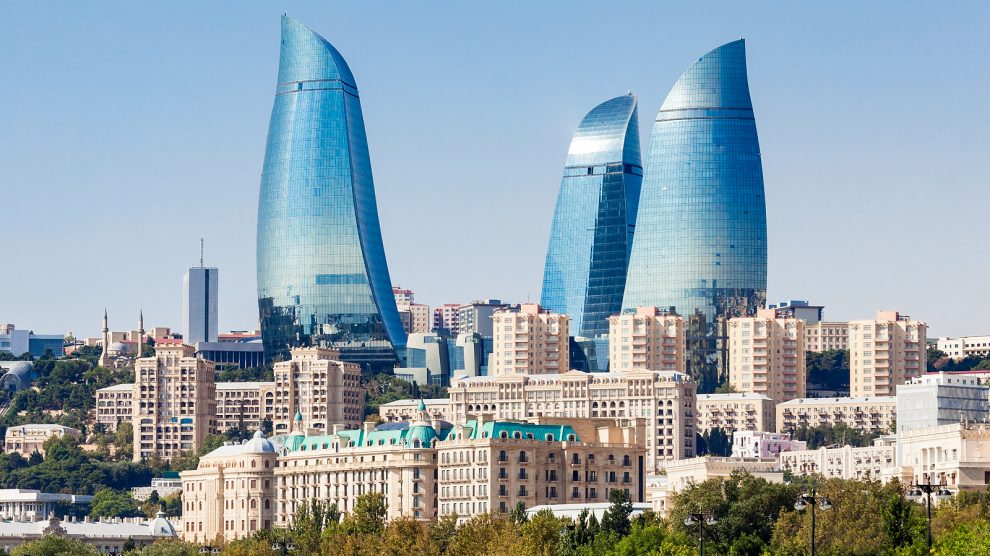 A year on from its victory over Armenian forces in the disputed region of Nagorno-Karabakh, Azerbaijan is now dealing with a new potential threat, this time from Tehran.

In response, on October 3, Azerbaijan announced that it would be hosting joint drills with Turkey in Nakhchivan, an exclave bordering Iran.

These are the latest, and perhaps most serious developments in a deepening crisis between the two countries, which has been brewing for months, if not years.

The immediate cause of the recent escalation appears to be the alleged mistreatment of Iranian truck drivers delivering goods to Armenia, through Azerbaijan.

In early August, reports began surfacing on Iranian social media that Azerbaijani security forces were imposing a hefty tax on Iranian trucks passing through the country.

This is significant because Iran, owing to its relative geopolitical isolation from US-aligned states in the Middle East, has few trading partners in its own backyard.

“Armenia was a safe country where Iran could trade and get access to the outside world, but now Azerbaijan is trying to close the gate,” says Professor Olsi Jazexhi, a lecturer at the International Islamic University in Malaysia.

Another issue is the inherent tension between the pan-Islamist ideology espoused by the Islamic Republic of Iran, and the pan-Turkism promoted by one of its main regional rivals, Turkey.

Although Iran and Azerbaijan are two of just four Shia-majority countries in the world, Professor Jazexhi says that Azerbaijani President Ilham Aliyev has secured popular support by aligning himself with an increasingly ambitious Turkey and its secular pan-Turkism.

“This ideology gave Azerbaijan its first victory during the Karabakh war. Turkey proclaimed its support for Azerbaijan in the name of pan-Turkism,” he says

Adding to the complications is the fact that roughly one quarter of Iran’s population is ethnic Azeri, including current supreme leader Imam Ali Khamenei. This minority has on occasion expressed at least some separatist sentiment, partially driven by pan-Turkism.

As such, it is no coincidence that Iran’s military manoeuvres were codenamed Conquerors of Khaybar, after a battle won by early Muslims led by Mohammed. This can be viewed as statement that, in contrast to its regional rivals, Iran stands for Islam.

Last Thursday, a day before Iran began its manoeuvres, while welcoming Azerbaijan’s new ambassador to Tehran, Iranian Foreign Minister Hossein Amirabdollahian warned that Iran “does not tolerate the presence and activities of the Zionist regime against its national security and will do whatever necessary in this regard.”

The “Zionist regime” in question is the state of Israel.

Azerbaijan and Israel have over the past two decades formed an unlikely partnership in keeping with Israel’s policy of establishing close relations with non-Arab Muslim countries.

However, its relationship with Azerbaijan goes far deeper. Israel currently views Iran as its biggest threat, supporting as it does anti-Israeli armed groups such as Hezbollah, as well as hostile governments such as Syria.

Azerbaijan has bought billions of US dollars’ worth of military hardware from Israel, some of which was seen as pivotal in its victory over Armenian forces last year. A leaked document from the United States Embassy in Baku described the relationship between the two countries as “like an iceberg: nine tenths of it is below the surface”.

As such, the full scope of Israeli involvement with Azerbaijan likely goes far beyond arms deals. In 2012, Foreign Policy reported that top American officials believed that Israel secured access to four Soviet-era airbases inside Azerbaijan, possibly for use as outposts to monitor and attack Iran.

“Iran believes that the killings of Iranian nuclear scientists and the bombings of its military infrastructure is being done by Israel, through Azerbaijani territory,” Professor Jazexhi tells Emerging Europe. “If Azerbaijan continues to allow its territory to be used by Israel, Iran will defend itself.”

Furthermore, according to David Davidian, a lecturer at the American University of Armenia, an underreported element of these tensions is the stunningly fast construction of an expensive international airport in Fizuli, a town 30 kilometres from the Iranian border which was captured by Azerbaijani forces last year.

“In about nine months, the airport project went from conception to completion,” says Professor Davidian. “The Fizuli airport has a three-kilometre runway, enough for heavy transport and modern fighter jets. Given the relationship between Azerbaijan and Israel, Israel would be grossly remiss if it were not to complement its monitoring of Iran and enhance covert activity from these conquered lands.”

The Islamic Republic of Iran has not survived decades of sanctions by some of the wealthiest and most powerful countries in the world by being reckless or irrational. It is unlikely that it would ratchet up tensions with Azerbaijan solely to punish the country for cooperating with Israel.

Instead, the Iranian government appears to have genuine and legitimate concerns about Azerbaijan being a staging post for subversive Israeli activities in Iran.

The de-facto embargo on Iranian trade with Armenia that started two months ago appears to have been the final nail in the coffin.

Now, Iran is demonstrating its preparedness to assert its sovereignty and show its capacity to secure its borders from external threats.

It now appears that Azerbaijan could be a proxy battleground in Iran’s fight against its regional rivals, Turkey and Israel.

A legal ‘Polexit’: Emerging Europe this week
What does Saakashvili’s homecoming mean for Georgian politics?
Comment