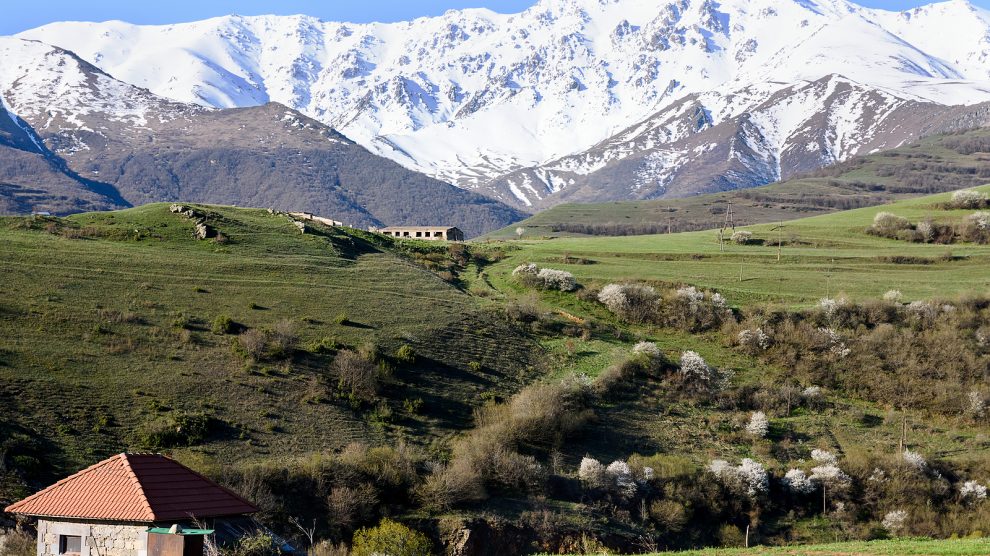 Armenia and Azerbaijan have suspended negotiations on a new transportation route that, if implemented, could boost the economy of both countries.

In June, an Armenia-Azerbaijan-Russia trilateral working group halted negotiations on common transportation and infrastructure routes due to ongoing tensions between Yerevan and Baku.

Restoring transport connections – specifically a route from Azerbaijan to the Azeri exclave of Nakhchivan – was a key part of the Moscow-brokered 2020 ceasefire agreement that brought an end to the 44-day war between the two countries in the disputed region of Nagorno-Karabakh.

The transport link, which would cross the Syunik province of Armenia, has long been viewed as vital to boosting the region’s economy.

As such, in January, during a summit in Moscow hosted by Vladimir Putin, Azerbaijani President Ilham Aliyev and Armenian Prime Minister Nikol Pashinyan agreed to establish a tripartite working group jointly chaired by the deputy prime ministers of the three countries to ensure the link’s restoration.

Reopening a land passage from Azerbaijan to Nakhchivan would revitalise the economy of the exclave, which has been isolated since the first Nagorno-Karabakh war of the early 1990s.

The transport link would also be beneficial for Armenia in terms of economic and trade opportunities, and ending its own isolation.

“It is the only clear example of a win-win scenario for post-war stability, with the economic and trade opportunities important for both Armenia, to overcome isolation, and for Azerbaijan, to develop the regained districts of Azerbaijan beyond Karabakh’s borders,” says Richard Giragosian, director of the Regional Studies Centre (RSC), a Yerevan-based think tank.

The restoration of the link would also have beneficial geopolitical repercussions for Azerbaijan, which currently has no direct link with its main ally, Turkey.

While Azerbaijan has been far more enthusiastic about the project than Armenia – in February, President Aliyev ceremonially laid the foundations of a railway along the route during a visit to territories Azerbaijan recaptured from Armenia last year – Pashinyan has publicly recognised that it offers much to Armenia too.

In May, the Armenian PM said that the transport connection would benefit Armenia because it could “change Armenia’s economy considerably” and would be “a reliable railway and land communication with the Russian Federation and the Islamic Republic of Iran”.

Nevertheless, Armenia has remained the least enthusiastic amongst the trilateral working group’s members.

Yerevan’s doubts were initially triggered in May by the deployment of hundreds of Azerbaijani troops to Syunik province, through which the transport link would pass.

The incident drew international condemnation and Armenia appealed for support to members of the Collective Security Treaty Organisation (CSTO), a Moscow-led defence initiative.

In June, Armenia’s Deputy Prime Minister Mher Grigoryan said that the trilateral working group had suspended its work “due to the situation on the border”.

Concerns in Yerevan have been exacerbated by the continued refusal of Azerbaijan to release all Armenian prisoners of war. Reports have circulated of the torture and death of Armenians while in Azeri custody.

Giragosian points to the dispute over prisoners as one of the main reasons for the breakdown of talks.

While Yerevan claims that 188 of its soldiers remain in captivity, Azerbaijan has acknowledged only 72. Baku has refused to release the majority under the provisions of the ceasefire agreement as it regards them as not as POWs but as “saboteurs”.

Azerbaijan’s continuous reference to the transport link as a “corridor” has also deepened distrust in Armenia as it has been perceived as handing Azerbaijan control over the route.

According to Giragosian, “these concerns are exacerbated by repeated threats from the Azerbaijani leadership that raise fears of [its] territorial ambitions on Armenia proper”.

Aliyev has previously said that Zangezur (the Azeri name for Syunik) was part of “historic Azerbaijan” and has even threatened to establish the corridor “by force”.

However, Giragosian believes that Azerbaijan’s reference to the term “corridor” is not a demand but rather a negotiating stance.

“As part of a broader package of regional reintegration of trade and transport, any reluctance on the part of the Armenian government will be both temporary and easily overcome as negotiations proceed,” he tells Emerging Europe.

Giragosian believes that the implementation of the transport link is highly intertwined with a sustainable peace between Azerbaijan and Armenia and requires “a return to diplomacy with formal diplomatic negotiations needed to transform the current Russian-imposed ceasefire agreement of November 2020 into a more durable and lasting peace agreement”.

“And under such a peace deal, all outstanding issues, ranging from demobilisation and military withdrawal to border demarcation, would be addressed in a legal and official manner,” he concludes.

Unfortunately however, the restoration of the transport link – which could offer an economic peace dividend to the entire region – has so far been simply another reason for discord.