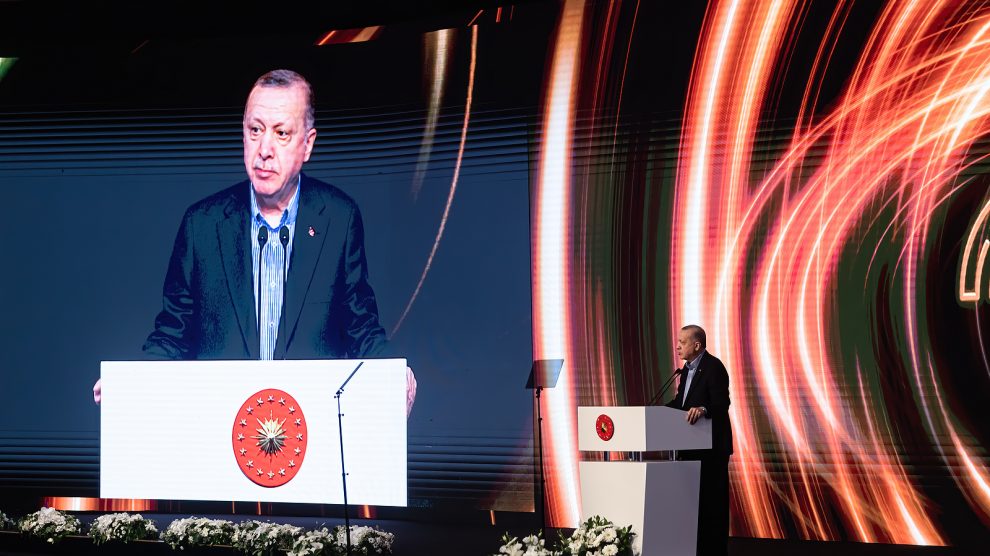 After almost three decades, Turkey and Armenia might finally be about to restore diplomatic relations. Russia is likely to be the biggest loser if they do.

At the end of August Armenian Prime Minister Nikol Pashinyan made the rather surprising announcement that his government was prepared for to normalise relations with Turkey following “positive signals” from Ankara.

The Armenian parliament has also approved a five-year action plan “to make efforts to normalise relations with Turkey for the sake of stability, security, and the economic development of the region.”

As a sign of goodwill, Yerevan has even allowed Turkish Airlines flights to the Azeri capital Baku to use Armenian airspace.

This is not the first time in the past 30 years when the two sides have made promising noises – only for their efforts to come to nothing – but since last year’s war between Armenia and Azerbaijan in Nagorno-Karabakh, much in the region has changed, making the renewed push for normalisation a little more likely than previous efforts.

Armenia and Turkey last tried to restore diplomatic relations in 2009 and even signed an agreement, mediated by Switzerland.

However, Turkish-Armenian rapprochement generated serious concerns in Azerbaijan – Turkey’s ally – and as a result Baku used all the levers at its disposal to derail the process.

Today, much has changed. Fresh from its victory over Armenia in Nagorno-Karabakh, Azerbaijan is now far less likely to see Turkey’s overtures to Armenia as a threat.

It is noticeable that Baku has so far said nothing about any possible Turkish-Armenian rapprochement, something that could be viewed as a tacit sign of approval.

Not that we should get ahead of ourselves, warn some analysts.

“Overall, in a strategic context, Azerbaijan’s stance may be key to normalisation,” says Richard Giragosian, director of the Regional Studies Center (RSC), an Armenian think tank. “In fact, in a dangerous repeat of the past, Turkish options in both dealing with Armenia and the region may once again become hostage to Azerbaijan.  And although an obvious source of frustration for Turkey, such Azerbaijani recalcitrance may become a real possibility. Nevertheless, on a broader level, Azerbaijan is much less effective as an impediment to normalisation this time.”

Last year’s 44-day war in Nagorno-Karabakh ended with a Russian-brokered ceasefire agreement, under the terms of which Yerevan returned a large part of the region – which it had occupied for decades – to Baku.

In 2009, Azerbaijan opposed the normalisation of the relationship between Armenia and Turkey primarily because Armenia continued to occupy Nagorno-Karabakh, internationally-recognised as Azeri territory. The favourable outcome of the war for Azerbaijan however, in which Turkish military support was substantial and decisive, decreases the possibility of Baku’s possible interference this time around.

Ragip Soylu, the Turkey bureau chief at the Middle East Eye, a London-based organisation, says that Azerbaijan won’t now stand in the way.

“The Karabakh issue is almost settled, and Turkey did more for Baku that it could have ever expected,” he says.

Turkey and Armenia briefly had diplomatic relations after Yerevan gained its independence following the collapse of the Soviet Union.

Yet the relationship was short-lived. Turkey closed its border with Armenia in 1993, during the first war in Nagorno-Karabakh.

Since then, Armenia’s borders with Turkey (and Azerbaijan) have remained closed, and the small Caucasus country effectively landlocked from both east and west.

With no access to the sea, the only gateways for Yerevan to the outside world were Iran to the south and Georgia to the north.

After three decades of isolation, now Armenia seems to be ready engage with Turkey.

The opening of the 300-kilometre-long border could provide Armenia with new transportation opportunities as well as economic and trade benefits.

“For Armenia, an open border with Turkey would offer it not only a way to overcome its regional isolation and marginalisation but could also serve as a bridge for leveraging its membership in the Eurasian Economic Union,” says Giragosian.

For Turkey, the normalisation of ties with Armenia is pivotal as it would boost Turkey’s increasing presence in the South Caucasus and create a better connection with Azerbaijan.

Despite active engagement in the war, Turkey was not (officially at least) part of the ceasefire agreement.

Moreover, while Russia’s position has substantially strengthened in the region through extensive deployment of peace keepers, the Turkish presence is limited to surveillance drone operators in Azerbaijan, based in a joint Russian-Turkish military facility.

“In other words, despite its pivotal role in assisting Azerbaijan, Turkey’s ‘victory’ is neither as complete nor as convincing as it seems,” Giragosian tells Emerging Europe.

New transport and economic links could change this, and even counter Russian geopolitical influence in the region.

Russia has reacted positively, at least publicly, to the possibility of Armenia and Turkey restoring diplomatic relations, and has even expressed its readiness to assist in boosting peace and stability in the region.

“We are ready to assist in a rapprochement between the two neighbouring states based on mutual respect and consideration of each other’s interests,” said Russian Foreign Ministry spokeswoman, Maria Zakharova.

On September 3, at the New Knowledge Forum in Moscow, Russian Foreign Minister Sergey Lavrov stated that the end of the conflict in Nagorno-Karabakh could pave the way for improvement in Turkish-Armenian relations as there were “grounds for unblocking the political process, transport and economic ties”.

There are doubts, however, over Moscow’s sincerity. An isolated and insecure South Caucasus has long served Russia’s interests in the region well.

A connection between Armenia and Turkey would reduce Russia’s importance to Armenia, competing with Russian transit routes and possibly reducing Russia’s geopolitical leverage over the region.

Having been replaced by Turkey as Azerbaijan’s primary patron, however, it is highly unlikely that Moscow will be able to do anything to prevent Armenia and Turkey from restoring diplomatic relations.

“The normalisation process will likely proceed not because of Russia, nor despite Russia, but rather, as a natural and inevitable development,” concludes Giragosian.

The Serbs in pursuit of Bulgarian, and EU, citizenship
Emerging Europe recognises its brightest and best in Brussels awards ceremony
Comment