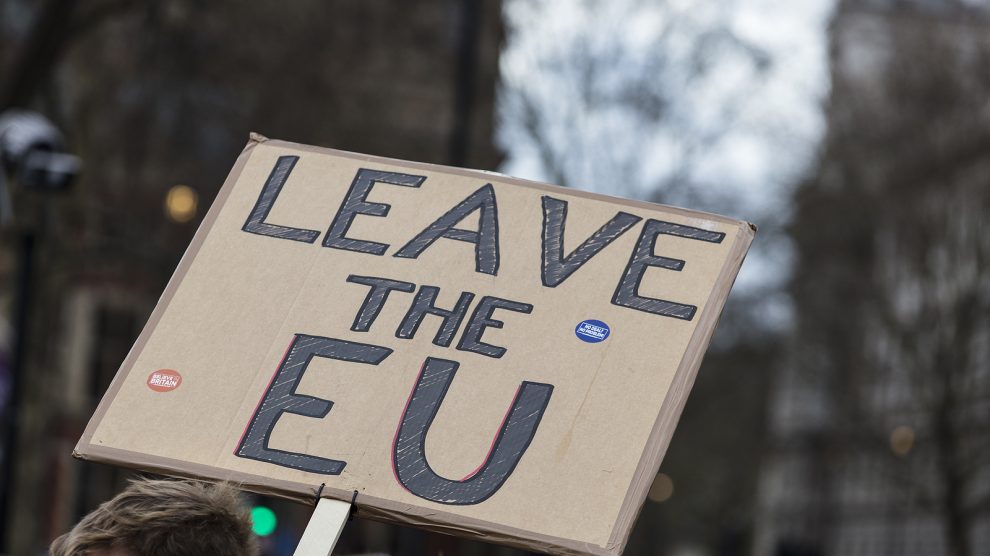 Hungary’s recent law banning all content aimed at minors which references the LGBT+ community is just the latest in a series that goes against the fundamental laws and values of the European Union. But what action can Brussels take?

A new law in Hungary banning the “promotion” of homosexuality among minors has sparked a widespread outcry since it was passed by the country’s parliament on June 15.

Even the ongoing European football championships, Euro 2020, have not been exempt from the controversy surrounding the bill. European football’s governing body, UEFA, last week refused to allow a tournament venue in Munich to be floodlit in rainbow colours to protest against the law.

UEFA drew criticism from LGBT+ groups for claiming that as a “neutral” organisation it was obliged to decline a “political” request from Munich’s mayor, who wanted to show solidarity with Hungary’s LGBT+ community.

The controversial bill, which the President of the European Commission Ursula von der Leyen has called “shameful” has further highlighted a cultural gap between West and East, which increasingly resembles a chasm, with many in Western Europe now calling for Hungary to simply be expelled from the EU for its ceaseless breaches of EU norms and values.

But would such a sanction even be possible?

The Hungarian law ostensibly sets out to prohibit minors from consuming any content that is perceived to “propagate or portray divergence from self-identity corresponding to sex at birth, sex change or homosexuality”.

If applied to the letter, popular TV shows such as Friends or Modern Family would be banned from Hungary’s screens until after 10pm.

The bill has understandably been met with widespread condemnation from the EU’s institutions. The majority of member states have signed a joint declaration expressing “grave concerns” and von der Leyen has threatened legal action against Hungary, saying that it goes against “the fundamental values of the European Union”.

On June 24, European Commissioner for Justice Didier Reynders said that the EU is ready to begin an infringement procedure against Hungary, which could lead to financial penalties against the country.

Democracy is a key EU membership requirement enshrined in its 1993 Copenhagen criteria – the rules that define whether a country is eligible to join the European Union.

Hungary’s persistent backsliding has, however, seen it shift from being one of very few fully consolidated post-socialist democracies to what the Economist Intelligence Unit’s Democracy Index terms a “hybrid regime”.

EU institutions are under increasing pressure to take action.

Since becoming prime minister for the second time in 2010, Viktor Orbán has led a government that besides its more visible violations of human rights has also overseen a dramatic drop in the quality of Hungary’s democratic institutions, once described as being of the same quality as those of western democracies.

The power of the country’s constitutional court has been diminished, media freedom eroded and civil society impeded from acting as a watchdog.

EU concern for deteriorating democracy in Hungary (and in the majority of other Central and Eastern European member states) is further driven by a concern for its own fragile status. When an undemocratic state contributes to decision-making on the European Council, it affects citizens in every country of the European Union.

Last September, Dutch Prime Minister Mark Rutte broke the ice by asking, “Can you found an EU without Hungary and Poland?” during a discussion over whether to make EU Covid-19 recovery funds rule of law-dependent.

In reality, the only legal provision for a state to be entirely disassociated from the EU is the infamous Article 50 of the Treaty of the European Union (TEU), which has to be triggered by the member state that wants to leave.

Only the United Kingdom has ever done so.

However, provisions for a member state to be stripped of all rights and responsibilities do exist in the TEU, in Article 7 of TEU. In theory, the possibility exists for a country to remain an EU member but completely unbound by its rules.

Facilitated by Austria and Italy as a precaution just prior to the 2004 enlargement that saw a raft of countries, including Hungary, join the EU, the possibility of a member being stripped of all of its rights, including the loss of its voting and veto rights on the European Council, is also known as the “the nuclear option” because prior to the current democratic backsliding in some member states, it was thought that it would serve as a deterrent. It was never designed to be used.

Indeed, the first time part of Article 7 was ever triggered was in 2017 – against Poland over its judicial reforms. It was triggered again in 2018 – this time against Hungary over breaches of EU values – but was vetoed by Poland.

The crucial, procedural step of determining if a member state is in breach of EU fundamental values (such as democracy and the rule of law) requires unanimity among the remaining EU members. What some EU scholars have referred to as “regional solidarity” usually prevents this. This solidarity was again exemplified by the joint declaration against the recent Hungarian bill, which was not signed by the EU’s eastern states.

The answer then, is “no”. It is highly unlikely that Hungary (or any other country) could ever be stripped of its European Council voting rights.

When, in 2000, the far-right Austrian Freedom party, led by the late Jörg Haider, entered a coalition government, the other (then 14) EU members imposed sanctions on Austria by freezing bilateral relations. No contacts or ambassadorial meetings at an intergovernmental level were held and Austrian candidates were not supported when EU international offices were assigned.

At the time, Article 7 could not be brought into play as it did not enter into force until February 2003.

But the sanctions were lifted within months, in large part because of a backlash against the EU from ordinary Austrians who felt that they, and not their government, were being punished.

Now armed with Article 7, the conundrum the EU faces is today much the same: Hungarians are overwhelmingly pro-EU. Anything that jeopardises that would be counter-productive.

With a Hungarian parliamentary election set to be held next year, one that a newly-united opposition has a real chance of winning, the EU is likely to delay any sanctions as long as possible in the hope that Hungarians will simply decide they have had enough of their prime minister.

Slovenia’s EU presidency to focus on post-Covid recovery, Western Balkans
FDI in emerging Europe should be booming. It isn’t
Comment