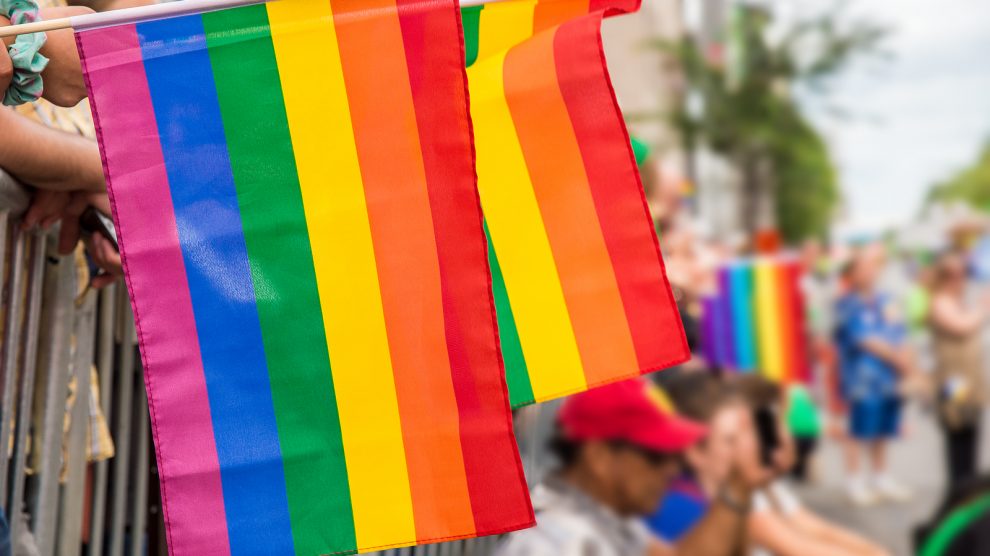 The European Union, the United States and major international human rights groups have condemned Hungary after the country’s parliament approved a controversial bill that bans content deemed by the authorities to ‘promote’ homosexuality.

Hungary’s parliament on June 15 passed a law banning gay people from featuring in school educational materials or TV shows for under-18s in a new attack on LGBT+ rights.

The national assembly passed the legislation by 157 votes to one, after MPs of the ruling Fidesz party of Prime Minister Viktor Orbán ignored a huge demonstration in Budapest on June 14, as well as last-minute pleas by human rights groups, who have likened to the new laws to Russia’s 2013 law against “gay propaganda” that independent monitors say has increased social hostility and fuelled vigilante attacks against lesbian, gay, bisexual and transgender people.

Despite a boycott of the vote by some opposition politicians, the outcome was never in doubt, as Fidesz has a large majority and the plans were supported by the far-right Jobbik party.

“With this vote, Hungary has adopted a Russian style anti-propaganda law that will effectively ban the representation or communication about diverse sexual orientations, gender identities and sex characteristics in the Hungarian public sphere, as well as specific places such as in schools. This law clearly violates EU principles set out in the Charter of Fundamental Rights and the Treaties, as well as at least two EU directives,” says Evelyne Paradis, the executive director of ILGA-Europe, Europe’s largest LGBT+ rights organisation.

“The European Commission can no longer turn a blind eye,” she adds. “It needs to use all instruments available to hold Hungary accountable for the respect of fundamental rights, including LGBT+ rights.”

One way of doing so, she suggests, is withholding cohesion funds. “Hungary is violating fundamental rights with this new law and no EU funds should be paid out to Hungary before the law is withdrawn.”

“The message is that if you don’t uphold the values of democracy or equality of the European Union, you are not entitled to take money for your project,” Dalli told the news agency Reuters.

US State Department Spokesperson Jalina Porter meanwhile said the new law “raises concerns” about “freedom of expression” and included restrictions that “have no place in democratic society”.

Rainbow flags on TV? Only late at night

The legislation outlaws sharing information with under-18s that the government considers to be promoting homosexuality or gender change.

Companies and large organisations will also be banned from running adverts in solidarity with gay people, if they are deemed to target under-18s, while TV shows and films featuring gay characters, or even a rainbow flag, would be permitted only late at night.

The proposal also requires that human rights education courses in schools on ”sexual orientation” may only be held if they respect Hungary’s “constitutional identity” and its Christian culture and as long as they do not propagate consensual same-sex conduct or the affirming of one’s gender.

Hungary is one several countries in the EU – almost all in Central and Eastern Europe – that has yet to legalise gay marriage, and the government recently banned same-sex couples from adopting children. On taking office in 2010, Orbán amended the Hungarian constitution to redefine marriage as “the union between a man and a woman”.

In 2019, Fidesz threatened Coca-Cola over advertisements featuring same-sex couples sharing a soft drink. In 2020, when Labrisz, a lesbian, bisexual and transgender women’s organisation published a fairy tale anthology entitled Wonderland is for Everyone featuring some LGBT protagonists, the government forced it to attach stickers to the books with the disclaimer that they contained “behaviour inconsistent with traditional gender roles”.

Lydia Gall, a senior researcher at Human Rights Watch, has called on Hungary’s president, János Áder, to veto the bill and send it back to parliament for review.

“This brazen demonisation of a marginalised group should be illegal in a European Union member state. The law erodes core EU values of non-discrimination and tolerance guaranteed in EU treaties,” she says.

No immediate progress as Serbia-Kosovo dialogue resumes
Is Turkey responsible for the kidnapping of a Kyrgyz teacher?
Comment