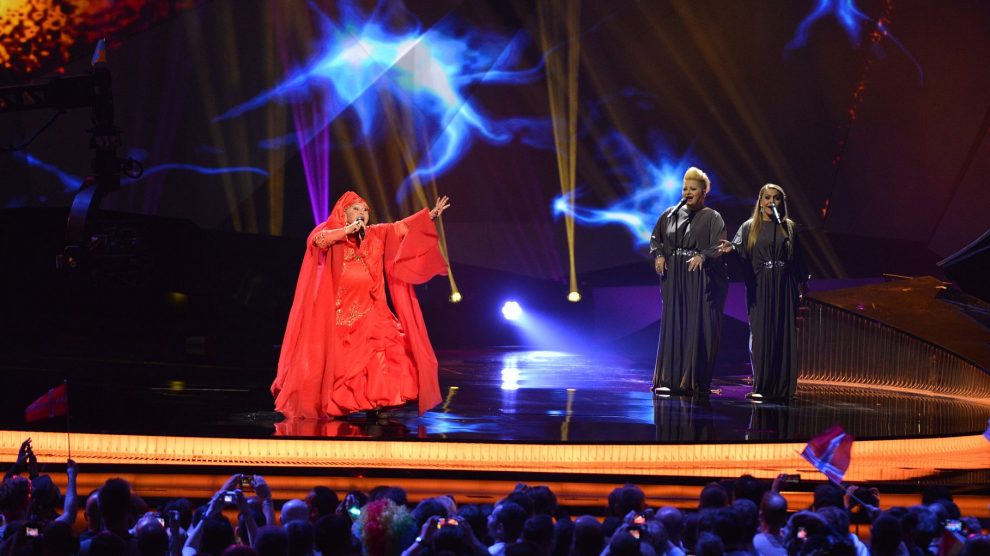 Roma people make up one of the largest minority groups in most countries in emerging Europe, and yet throughout history, Roma have met significant discrimination, from centuries of slavery in Romania to the murder of hundreds of thousands (perhaps as many as one million) people in the Holocaust.

Today, attitudes towards Roma across the region remain largely unacceptable. Even in well-meaning circles, discussions surrounding the Roma still take the shape of a problem that needs to be solved.

However, emerging Europe’s Roma minority also presents an opportunity, as countless people belonging to the group have risen above the discrimination and contributed greatly to the development of culture and society in almost every country in the region.

Here are five such individuals.

Pista Dankó (1858 – 1903) was a notable composer and musician from the Hungarian city of Szeged. While working in his hometown, Dankó composed music for over 400 Hungarian poems, including Az a szép, az a szép (Handsome is, handsome is), which remains a popular folk dance song in his home country to this day.

Dankó defied the odds of the day and age in which he lived, rising from poverty to fame and fortune. Upon relocating to a town in Szatmár county, the musician fell in love with the mayor’s daughter. Even though Dankó had already built his reputation and wealth, the mayor was opposed to the relationship purely because of Dankó’s ethnicity. The pair did eventually marry and stayed together for life.

Dankó’s talent and exceptional drive to succeed – despite the widespread anti-Roma racism in his country at the time – has made him a legendary figure. In fact, a statue of Dankó now stands in his hometown of Szeged.

Constantin S. Nicolăescu-Plopșor, also known as Nicolaescu-Plopșor (1900 – 1968), was a multifaceted individual who contributed to the fields of history, archaeology, anthropology, and ethnography. Through his excavation efforts at Paleolithic, Mesolithic, and Neolithic sites he uncovered numerous prehistoric dwellings, microliths and explored close to 120 caves in his native Oltenia while using his knowledge to locate the region’s history to the wider European context.

For years, Nicolăescu-Plopșor was a director at the Museum of Oltenia in Craiova, while also writing folklore-inspired children’s stories, with a primary focus on his native region.

While contributing greatly to wider Romanian culture, the scholar was also keen on working within the Roma community, and was a key figure of the early 20th Century Romani political movement in Romania, and made some of the first Romani-language newspapers in the country possible.

Based on his own experiences during World War II, the book tells the story of Roma life in Hungary in the early 1940s. Translated in over a dozen languages, including German in 1978, the Swiss-German publication Neue Zürcher Zeitung described it as the “first novel in which a Roma himself depicts his people… with complete authenticity and literary truthfulness.”

Lakatos made further strides for Roma rights in his native Hungary as president of the Hungarian Romani Cultural Association. From the 1970s to the early 2000s, he received numerous awards for his contributions to literature, including the annual Hungarian literary Attila József Prize. There is now a school in his name in Budapest.

Esma Redžepova (1943 – 2016) was a singer, songwriter, and humanitarian with Roma, as well as Jewish, Albanian, and Macedonian roots, known throughout the Balkan region as the Queen of the Roma, for her great talent and charity work.

In the early days of her career in the 1950s and 1960s, North Macedonia was part of Yugoslavia, where Roma language and music were marginalised. Furthermore, for Macedonian Roma, it was still widely considered shameful for women to sing in public.

Despite the many obstacles however, Redžepova was able to build a career and thrive, throughout her life recording and releasing more than 580 songs, and performing at more than 22,000 concerts, a third of which were for charity.

In the late 1990s she was given the title of honorary president of the Macedonian Red Cross, in recognition of her extensive work with refugees from Kosovo. Greatly impacted by seeing trains of Bosnian refugees arriving in Macedonia in 1992, in 1999 Redžepova took it upon herself to begin working with the 350,000 Kosovar refugees, many of whom were Roma, who had sought refuge in her country.

In 2010, she was ranked as one of the 50 Great Voices by American National Public Radio, as well as receiving the Macedonian Order of Merit in the same year. In 2013, the then President Gjorge Ivanov named her National Artist of the Republic of Macedonia, and she even represented her country at the Eurovision Song Contest 2013.

Hristo Kyuchukov is amongst the most notable linguists and researchers working in the field of Romani language, language acquisition, and the education of Roma children in Europe, having published several books and numerous papers on the subject.

In his native Bulgaria, he is best known for his efforts to introduce formal Roma and Turkish language education to the school curriculum in the early 1990s. In the 2000s he was also successful in introducing limited Roma language programmes at university level, first at the University of Veliko Tarnovo in Bulgaria in 2003, then at the Constantine the Philosopher University in Nitra, Slovakia in 2008, and at the St Elizabeth University in Bratislava in 2012.

Kychukov is currently the director of the Roma Research Centre at the University of Silesia, Katowice, Poland, which he established in 2020.

I love ya, Poland, but…
Monidło: Poland’s pre-selfie-era selfies showing in Łódź
Comment