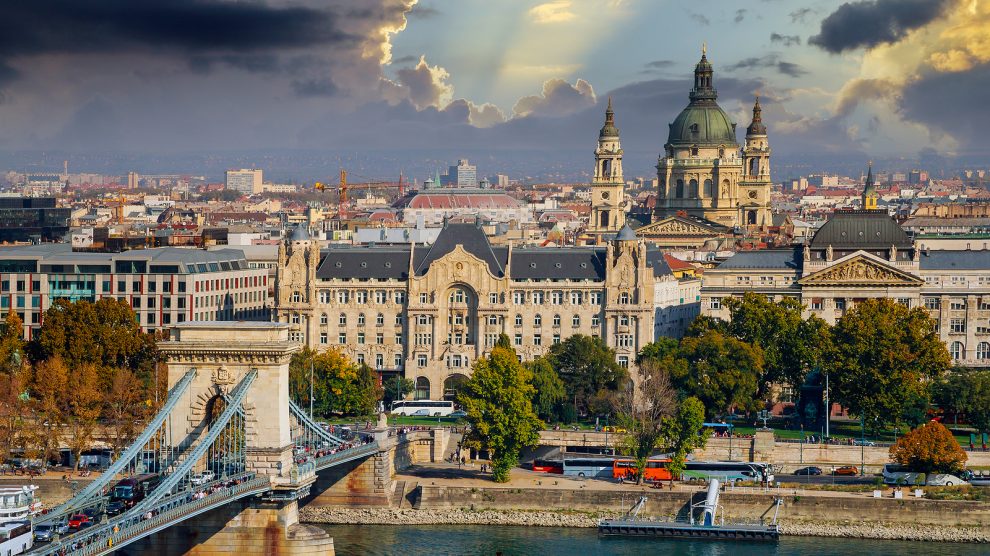 Fudan Budapest would almost certainly need subsidising by Hungarian taxpayers. Factor in questionable academic freedom, and it becomes clear that it is not the answer to Hungary’s higher education needs.

The Shanghai-based Fudan University has become Budapest’s “talk of the town” ever since Direkt36, a Hungarian investigative website, revealed in early April the details of a previously secret agreement between the government of Viktor Orbán and Fudan to develop a full-blown satellite campus in Budapest.

While the Fudan project has raised Hungary’s political temperature, it has not received the type of dispassionate and cool-headed dissection that a major investment in Hungary’s higher education driven by a world-class research university would seem to deserve.

There is no doubt that Hungary needs to boost its investment in tertiary education. According to the Organisation for Economic Co-operation and Development (OECD), Hungary’s total spending on tertiary education amounted to 1.1 per cent of GDP in 2018 (the most recently available data), while the OECD average was 1.4 per cent and spending by the global education leaders much higher – UK (2.0 per cent) and US (2.6 per cent).

As the Orbán government boosted higher education spending as percentage of GDP in the 2012-17 period and adopted in 2014 some timid higher education reforms designed to introduce a performance-based system, Fudan Budapest should be viewed also through the prism of Hungary’s higher education needs and reforms, rather than strictly as a Belt and Road initiative, which has been the perspective of international media.

The biggest advantage of the project is that it would bring to Hungary a world-class research university. The question is whether Fudan Budapest is the answer to the modernisation needs of Hungary’s higher education.

According to the QS World University rankings, Fudan University ranks third in mainland China and 34th in the world. It operates as a comprehensive, internationally-oriented research university on the US-UK model, with faculty salaries set by the market and tied to research outcomes.

The academic credentials of Fudan’s faculty generally include PhDs from top Chinese universities or major US universities. Many courses and programmes are taught only in English and all faculty are required to be able to teach in English.

Fudan has probably two overriding motivations for desiring a presence in Hungary. First, Fudan Budapest would be from a legal point of view an EU institution, qualifying for EU research grants. Second, Fudan has been probably strongly “encouraged” by the Chinese government to become a Chinese flagship in the world of EU higher education.

Naturally, Fudan would want to export its operating model to Hungary. Any analysis of how that model would actually work in practice must be heavily conjectural, but certain valuable insights can be gained from the financial model for Fudan Budapest that had been developed by Hungary’s Ministry of Innovation and Technology (ITM), but clearly with Fudan’s input. This financial model was subsequently leaked to Direkt36. Our analysis will focus on four critical issues: faculty recruitment, student enrolment, financial sustainability, and academic freedom.

First, the financial model envisages a total of 277 faculty members. Given the requisite faculty credentials, it is unlikely that more than a handful of faculty could be recruited locally. Therefore, it might be deduced that the core permanent faculty would have to be recruited from top universities in the UK and elsewhere in Western Europe. However, the financial model hints that this recruitment might not be easy, as evidenced by the extremely high faculty salaries (250,000 US dollars for full professors). Presumably both ITM and Fudan recognise that attracting top-notch faculty with world-class PhDs and research track records to a Chinese-operated university in a city like Budapest might not be easy.

Second, where might the students come from? The financial model assumes a tuition range aligned with top Chinese universities, which is much below major UK universities, but much above any Central European university. Thus, Central European students are unlikely to be attracted to Fudan Budapest. Some observers have argued that the student body would be primarily Chinese. While some “year abroad” students from Shanghai might indeed opt for Budapest, Chinese students choose overwhelmingly English-speaking countries for foreign study.

The financial model highlights the significant tuition gap between Fudan Budapest and “peer” UK universities, thus implying that the key target for recruitment might be students who would be naturally inclined to pursue higher education in the UK. Whether such recruitment strategy would be successful is difficult to say.

Hungarian treasury on the hook

Third, the financial model projects operating revenues (student tuitions and housing fees) growing to 64 million US dollars after the fifth year of operations. Much less detail is available on expected operating expenses, but a government document leaked to Direkt36 mentions the figure of almost 160 million US dollars per year. In other words, Fudan Budapest is projected to operate with a massive annual deficit of at least 96 million US dollars which would have to be financed from government sources.

There is no visibility on the financing of this deficit, but there is major risk that the Hungarian treasury might be on the hook for the full annual subsidy. This would be in addition to the costs of servicing the estimated 1.5 billion US dollars construction loan from China Development Bank.

Clearly, the affordability of Fudan Budapest for the Hungarian government and taxpayers must be fully aired out.

Finally, the most delicate issue relates to academic freedom within Fudan Budapest. While Fudan University has traditionally prided itself on its tradition of academic freedom, in 2019 it modified its charter by deleting a commitment to “freedom of thought”, while inserting a commitment to “adhere to the leadership of Chinese Communist Party and its educational policy.”

The charter modification unleashed fierce online criticism, which was quickly deleted by the censors. Thus, it is evident that Fudan Shanghai operates with something less than full academic freedom.

How would this impact Fudan Budapest is difficult to predict. However, this critical issue must be openly addressed by both the Hungarian government and Fudan Shanghai, as any lingering doubts about academic freedom at Fudan Budapest would dash any hopes for recruitment of world-class faculty.

The above analysis leads to the conclusion that Fudan Budapest does not stand on its feet, as it is riddled with too many uncertainties and risks. It is simply not an answer to Hungary’s higher education needs. Faculty and student recruitment could be more challenging than sponsors currently anticipate, academic freedom might be in doubt, while the financial burden to Hungary’s treasury and taxpayers would simply not be compatible with the current level of the country’s economic development.

All of this does not mean there is no role for Fudan University in the upgrading of Hungary’s tertiary education. On the contrary, Hungarian government should pursue some form of more arms-length relationship with Fudan. One option that would either eliminate or at least significantly mitigate the above downsides would be to designate formally Hungary’s two or three top universities as “national research champions,” with each “champion” then being “twinned” with a world-class research university by means of a multi-faceted cooperation agreement, designed to assist in a comprehensive upgrading of the Hungarian partner.

Fudan University might become one such foreign partner. Such cooperation agreements would obviously represent a cost to the Hungarian treasury, but any such cost would be trivial in comparison to the open-ended financial commitment implied by Fudan Budapest.