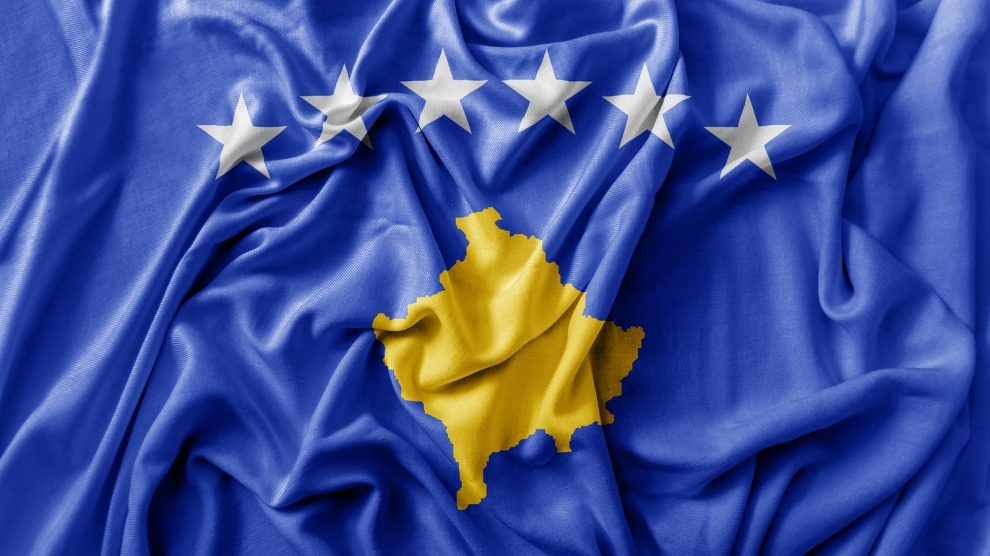 Israel’s decision to establish diplomatic relations with Kosovo has once again put the spotlight on the five EU countries which refuse to recognise the former province of Serbia as an independent state. We explain the reasons behind their refusal.

The Austrian MEP Lukas Mandl responded this week to the news that Israel would recognise Kosovo as an independent country by saying that it was a message to the five EU countries which still haven’t done so.

“The State of Israel will recognise the Republic of Kosovo, which is the youngest state of Europe. Since I feel friendship between Austria, Israel and Kosovo this step means a lot to me. It is also a clear signal for those EU member states which have not yet recognised Kosovo,” Mandl wrote on his Twitter account.

According to Meliza Haradinaj-Stublla, Kosovo’s acting foreign minister, Israel brings to 117 the number of countries which currently recognise the young state, which declared independence from Serbia in 2008, nine years after NATO conducted a 78-day airstrike campaign to halt the ethnic cleansing of Kosovo’s majority Albanian population.

Most western nations have since recognised Kosovo’s independence (many, such as the US, Germany, France and the UK, did so immediately), but Serbia and its allies Russia and China (and their allies in turn) refuse to do so.

Then there are the five European Union countries that do not recognise Kosovo: Cyprus, Greece, Romania, Slovakia, Spain.

Why? None are Serb (or Russian or Chinese) allies, and Romania even allowed NATO to use its airspace during the 1999 bombing campaign (even though Romania was not at the time a NATO member).

For all five, the question of Kosovo’s independence is not about Kosovo per se: it is a question of local politics.

Perhaps the best-known motive for non-recognition is Spain’s, which does not want to offer any form of succour to the independence movement in its own province of Catalonia.

In 2018, Spain’s then prime minister Mariano Rajoy went so far as to refuse to participate in an EU-Western Balkans Summit that took place in the Bulgarian capital Sofia, claiming that Kosovo’s presence at the summit was unacceptable.

The summit took place less than a year after Catalonia held an independence referendum that Madrid attempted to prevent. Catalonia’s subsequent unilaterally declaration of independence was ignored by the wider international community, and many of its leaders imprisoned.

While officially Spain’s stance remains the same, it may be softening. It suggested last year that it would have no problem in recognising Kosovo if a deal was struck with Serbia, and it has also made clear that it will recognise an independent Scotland – and not veto any EU membership application that might follow – if the UK government approves a new referendum.

Spain has also said that it will honour a football fixture in Kosovo later this year: the two countries have been drawn together in the same qualifying group for the 2022 World Cup. While European football’s governing body deliberately keeps some countries apart when making its draws (such as Gibraltar and Spain, Armenia and Azerbaijan, Ukraine and Russia, as well as Kosovo and Serbia, Bosnia-Herzegovina, and Russia), Spain did not request it be exempted from playing Kosovo.

The objection of Cyprus to Kosovo’s independence is based on similar grounds, namely Turkey’s continued occupation of the northern third of the island: the de facto Turkish Republic of Northern Cyprus (TRNC), created after a coup in 1974 that attempted to annex the island to Greece.

While there has been some limited engagement between Nicosia and Prishtina in recent years (and again, football diplomacy has played a part: the two countries have met several times), Cyprus remains firmly against recognising Kosovo until an agreement is reached between Prishtina and Belgrade and endorsed by the United Nations.

Greece’s stance over Kosovo is one of support for Cyprus. Athens runs an unofficial embassy, known as the Greek Liaison Office, in Prishtina, and Greek officials have on numerous occasions said that resolution of the Kosovo-Serbia dispute lies in European Union integration for both: something it says it supports.

Less clear, and arguably far harder to justify, are the objections to Kosovan independence of Slovakia and Romania, although the presence of both countries of large Hungarian ethnic minorities offers a few clues, according to Milan Nič, the head of the Robert Bosch Center for Central and Eastern Europe, Russia, and Central Asia.

In a 2018 paper written for a report published by the Kosovo Foundation for Open Society (KFOS) looking at the relationship between EU states and Kosovo, Nič wrote:

“The Slovak perspective is a deeper historical sensitivity to issues of borders and secession of ethnic minorities. This goes all the way back to the break-up of Austro-Hungarian Monarchy in 1918-20 period, when Slovakia for the first time emerged on a map with territory that included ethnic Hungarian regions in the south of the country.

“During the World War II, Hitler’s Nazi Germany rewarded its ally Hungary with restoration of old borders, which was annulled by peace settlement after 1945. Even though four decades of communism stabilised the border of southern Slovakia on the Danube River, the old sensitivities were back in the 1990s, fuelled by political parties in Budapest demanding reunification of Hungarians in the Carpathian Basin across the borders. This deep uncertainty about borders and ethnic minorities was one of the driving factors of Slovak diplomacy a keen interest in developments in the Western Balkans in the 1990s.”

However, as Nič also explains, although Slovakia has not recognised Kosovo, the past decade has shown that Bratislava has been willing to engage with it. Slovakia maintains an official presence in Prishtina and there have been frequent political contacts between Kosovo and Slovak officials.

Furthermore, in April 2020, a former Slovak foreign minister, Miroslav Lajčák, was appointed by the EU Council as its special representative for Belgrade-Prishtina Dialogue and other Western Balkan regional issues.

His mandate includes the tasks of achieving comprehensive normalisation of the relations between Serbia and Kosovo, improve good neighbourly relations and reconciliation between partners in the Western Balkans, helping them overcome the legacy of the past, and contribute to the consistency and effectiveness of EU action in the Western Balkans.

The situation is similar for Romania.

The country’s Hungarian ethnic minority has long called for autonomy of the Székely Land, an area situated in eastern Transylvania and populated predominantly by Hungarians. Autonomy has always been rejected by all political parties in Romania (even the most liberal Romanian politicians have a habit of foaming at the mouth at the very utterance of the word autonomy) except the Democratic Union of Hungarians in Romania (UDMR), which ironically has been part of the country’s ruling coalition several times. Indeed, it is an integral part of the country’s current government.

But as Paul Ivan, a foreign policy advisor at Renew Europe points out in the same KFOS report, there is also another issue in play for Romania: the breakaway republic of Transnistria in Moldova.

“Rejecting the recognition of collective rights for national minorities, the Romanian authorities maintained that Kosovo’s unilateral declaration of independence was contrary to international law and that it set a dangerous precedent that could be used by other separatist movements, such as the pro- Russian separatists from Transnistria,” he wrote.

Ivan says however that despite its continuing policy not to recognise Kosovo, Romania has been pragmatic and has worked with other EU member states on practical issues related to Kosovo’s development and EU integration. Romania has also been one of the main contributors to the international missions in Kosovo, such as UNMIK, EULEX and KFOR.

No recognition in sight

More than a decade since Kosovo declared independence, the stance of the EU refuseniks is unlikely to change without a formal deal between Belgrade and Prishtina. That, despite a deal agreed at the White House last year (hailed as ground-breaking by former US President Donald Trump but underwhelming by just about everyone else), looks as far away as ever.

An upcoming parliamentary election in Kosovo – scheduled for February 14 – is unlikely to change anything.

If the nationalist Vetëvendosje party – which wants to amend Kosovo’s constitution to remove its third article, which forbids the unification of Kosovo with other countries – does well, the waters may be muddied even further.

Any talk of Kosovo’s unification with Albania, something which crops up every now and then, really doesn’t help.